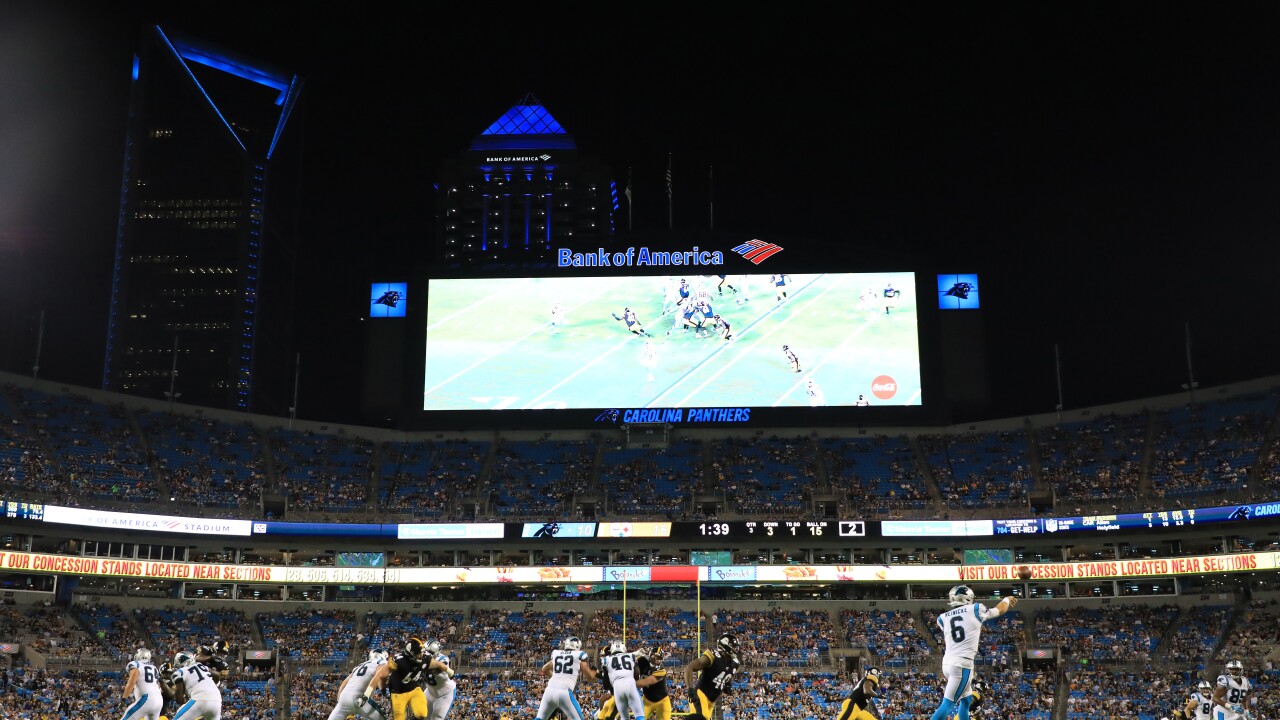 CHARLOTTE, NC – He saved his best for last – in more ways than one.

In his last preseason game, and in his last chance to impress the Panthers staff, former Old Dominion University standout Taylor Heinicke engineered a late-game comeback. Yes, it also happened in the last quarter.

Heinicke, ODU’s all-time leading passer, tossed a pair of fourth quarter touchdowns to rally the Panthers past the Steelers. The 26 year-old is in a roster battle with fellow Carolina quarterbacks Kyle Allen and Will Grier for the right to be Cam Newton’s backup.

For the game, Heinicke completed seven of 10 passes for 89 yards and an interception to go along with his two touchdowns. He also added an athletic, impressive two-point conversion and was sacked twice.

In three preseason games (he did not play last week), Heinicke completed 19-of-31 passes for 202 yards and three touchdowns. He threw one interception and fumbled twice.

Heinicke appeared in six games with the Panthers last season, completing 35-of-57 passes for 320 yards with one touchdown and three interceptions.