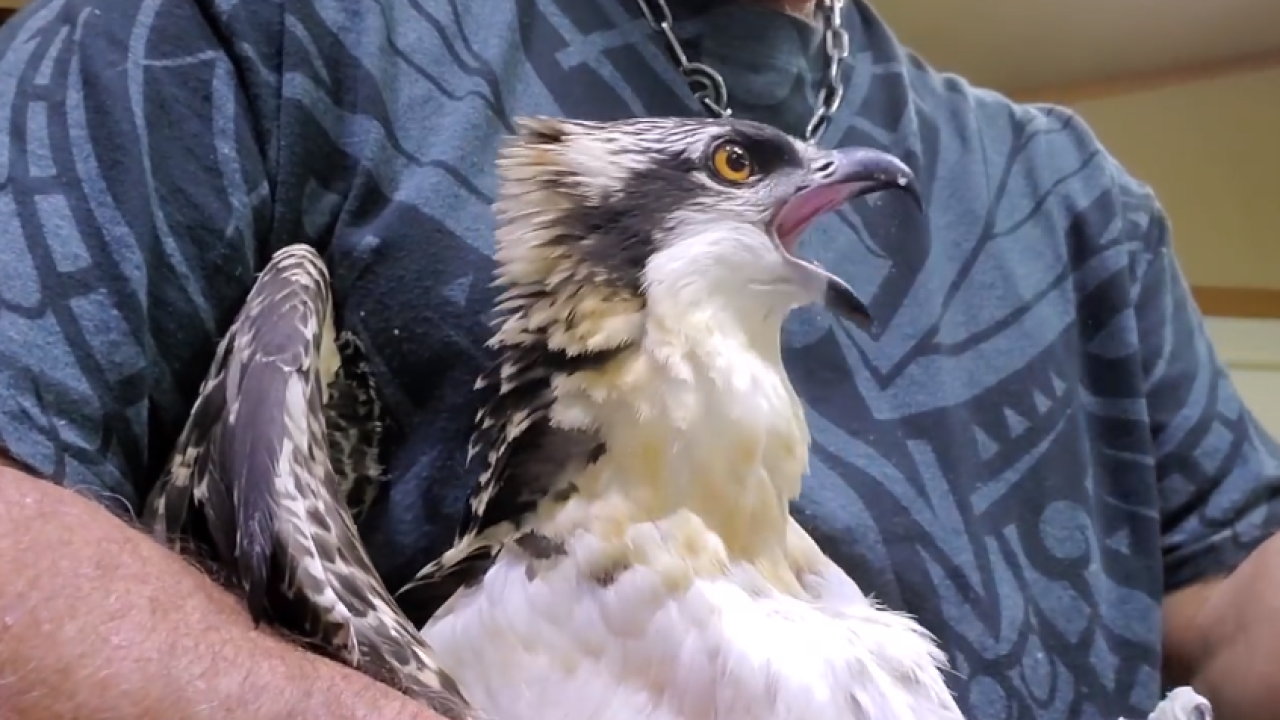 HATTERAS ISLAND, N.C. – Hatteras Island Wildlife Rehabilitation announced Thursday that it released an osprey that had been shot three times back into the wild.

“This bird was shot with a pellet rifle and a shotgun some time in the past. Those wounds had healed,” the rehabilitation center said on Facebook. “She was shot with a 22 rifle in Duck, North Carolina months ago.”

According to the rehabilitation center, the rifle shot broke the osprey’s coracoid bone, and two of the three bullets had to stay inside the bird due to the potential that extricating them could hurt it.

The bird was able to be released after “many tests, a lot of work and physical therapy.” Due to the remaining bullets, the bird’s lead levels will remain elevated, but the rehabilitation center said there is a chance the surrounding tissue will fully encapsulate the lead and her blood lead levels will lower.

North Carolina law states that it is illegal to shoot, poison or harm any raptor, and the Hatteras Island Wildlife Center asks anyone who sees someone shoot a raptor immediately report it to a wildlife resource commission, Department of Natural Resources, United States Fish and Wildlife Service or equivalent.