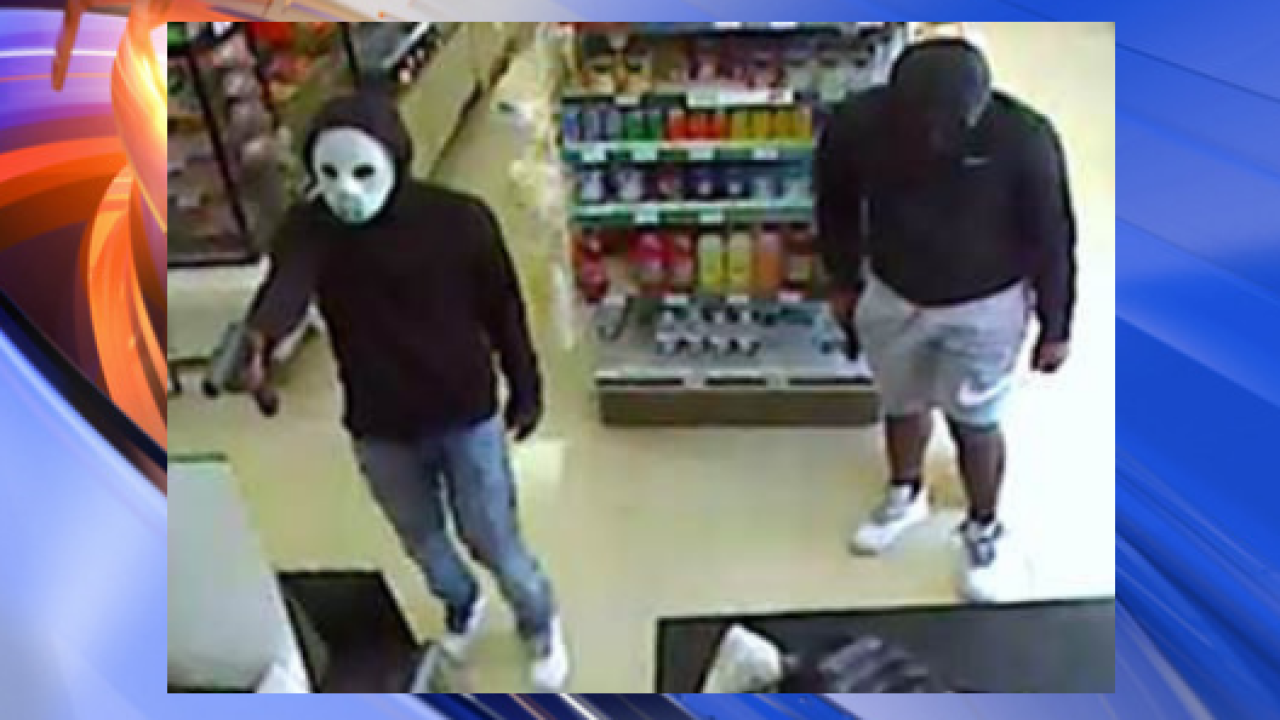 According to police, dispatch received a call for the robbery at 1:50 p.m. When officers arrived at the business, located in the 2700 block of North Armistead Avenue, they learned that two men entered the business, displayed firearms and demanded money. The two men then fled towards Armistead Avenue on foot.

The first suspect is described as a black male last seen wearing a black hoodie, blue jeans, white sneakers and a white mask over his face.

The second suspect is described as a black male wearing a black hoodie, grey shorts, white shoes and a black bandana covering his face.