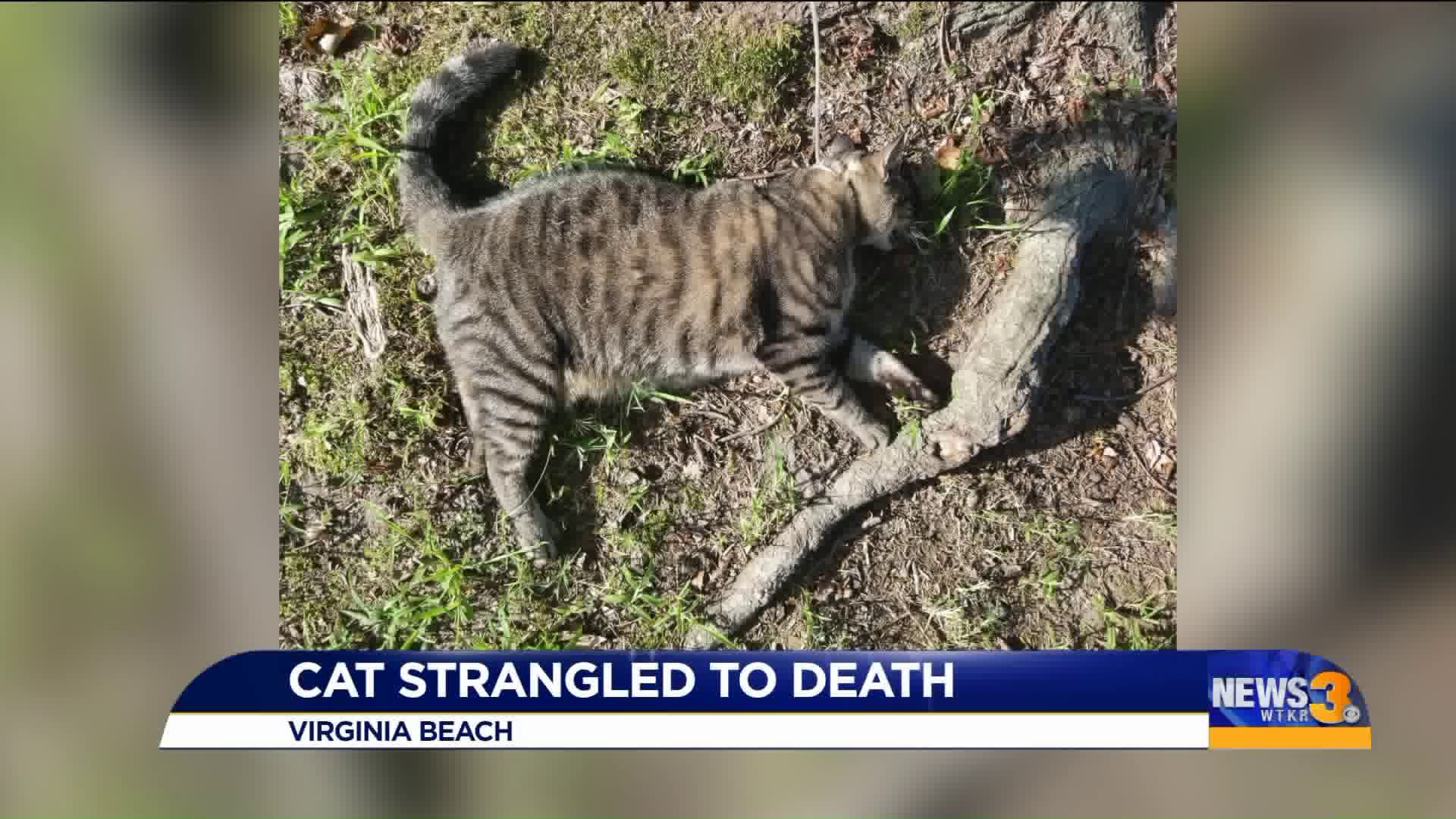 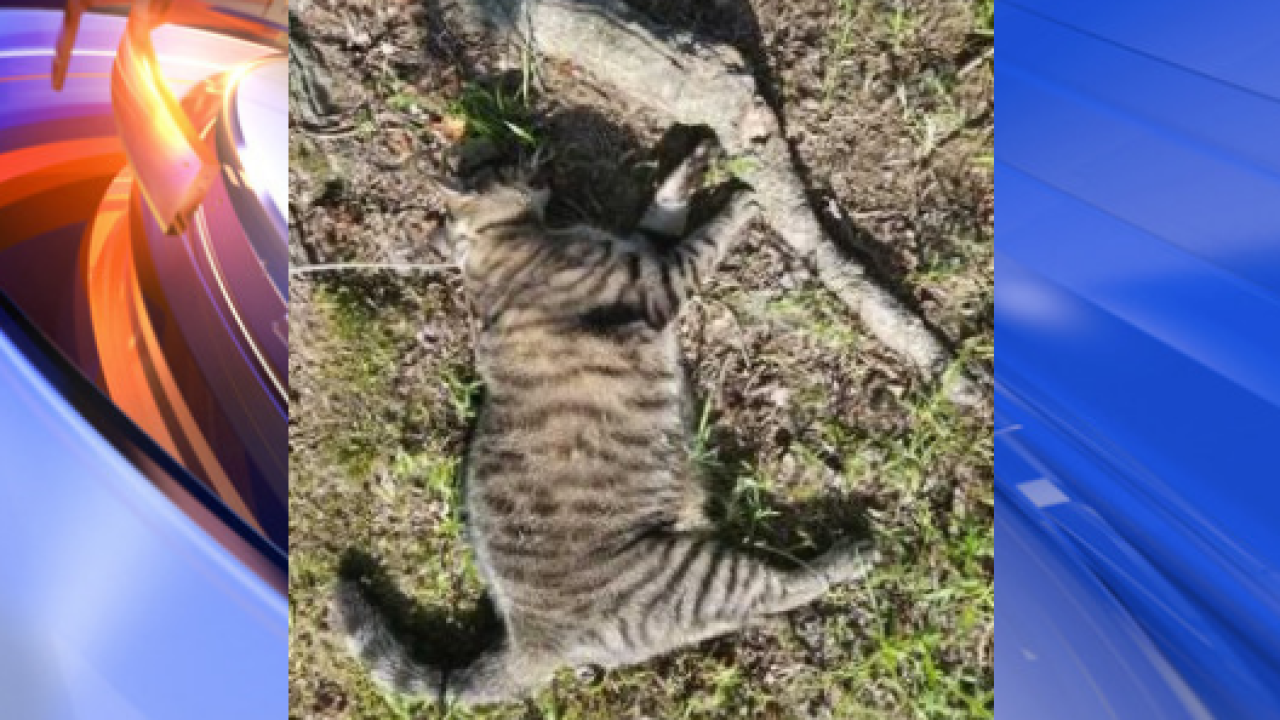 Warning: This story contains an image some viewers may find disturbing.

"Before I left, I let my cat out, and when I returned 45 minutes later, he wasn't there to be let in," Sarar said.

A few hours later, her neighbor was knocking on her door.

"She was saying that my cat, Mally, was dead in her yard," Sarar said.

She and her husband, Steve, ran out to find her 7-year-old tabby cat lying on its side dead under a tree, a dog lead tied firmly in a knot around its neck.

"This was the sweetest cat," Sarar said. "I have a hole in my heart; I miss him so much. I was like, 'What the heck, who could do that and strangle a cat?'"

Now, the cat's ashes, photo and pawprint sit on the family's mantle.

"It's terrible. It's an emptiness and a sadness," Sarar said.

Virginia Beach Animal Control responded to the home on Eagle Way in the Glenwood community, and are investigating this as a case of animal cruelty. They said as of Friday, they have no leads.

The family believes this was in no way an accident.

Sarar said she and other neighbors on the NextDoor app have also heard of another cat being hung in a backyard this week. Animal Control said they have had no calls about that incident.

"Right now we are just hoping whoever did this is caught and this does not continue, as it's so traumatic," Sarar said.