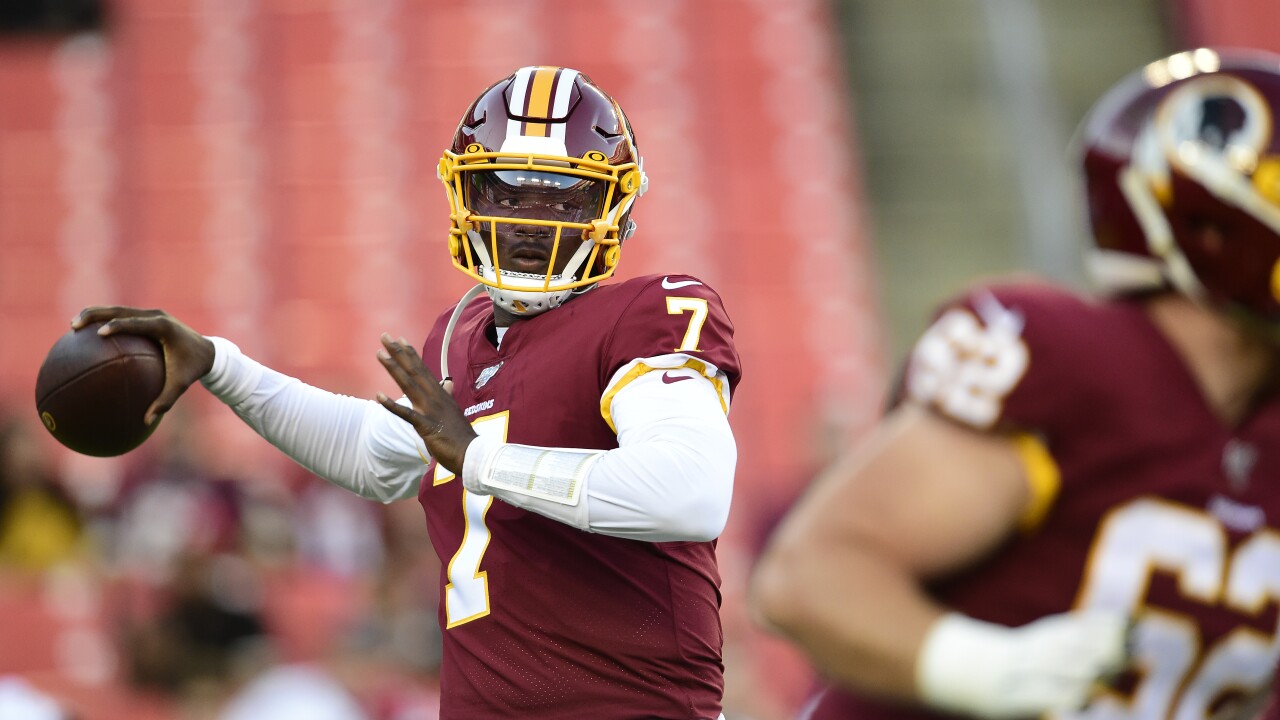 First round rookie Dwayne Haskins, selected by the Redskins with the 15th overall pick in the 2019 NFL Draft, made his first professional start in Thursday’s 2019 preseason finale – a Redskins 20-7 home loss to Baltimore. The former Ohio State star played the entire first half, six possessions, and completed 10 of his 17 passing attempts for 104 yards.

Case Keenum will start at quarterback for the Redskins when Washington opens its regular season Sunday September 8th at Philadelphia. Haskins is set to be the backup.