Redskins cap off preseason with home game against Ravens 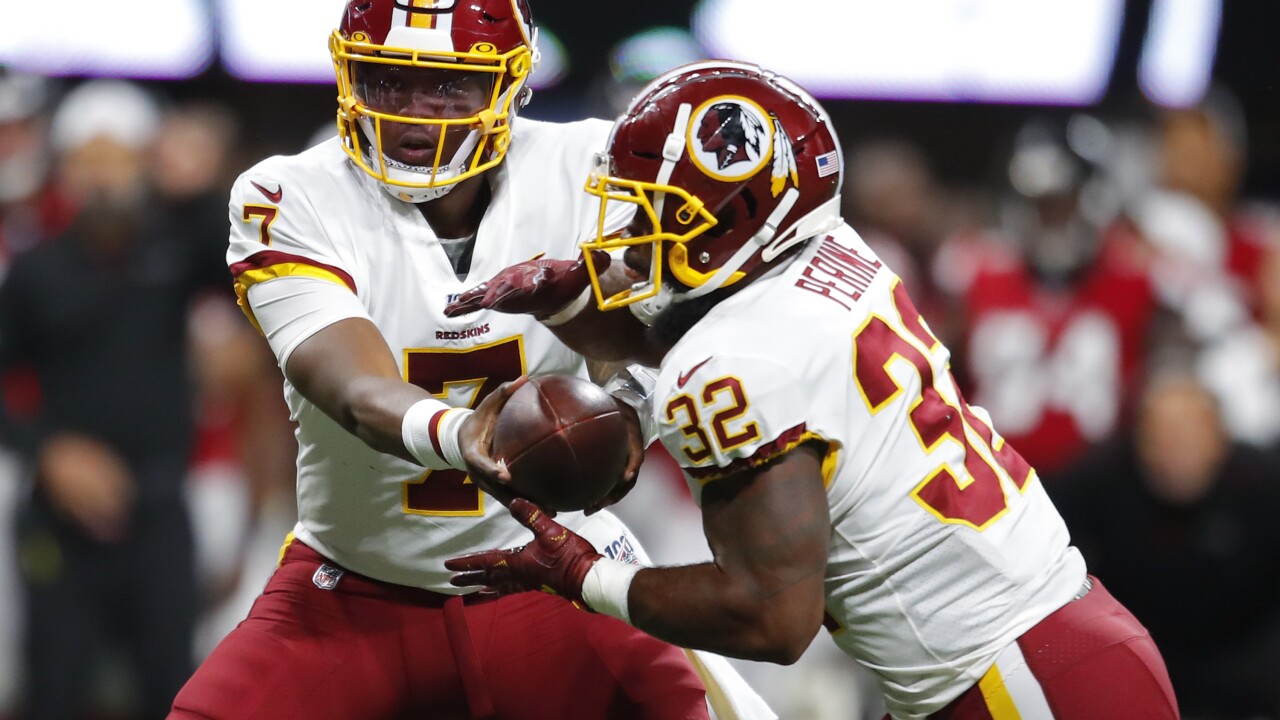 ATLANTA, GA – AUGUST 22: Quarterback Dwayne Haskins #7 of the Washington Redskins hands off to running back Samaje Perine #32 in the second half of an NFL preseason game against the Atlanta Falcons at Mercedes-Benz Stadium on August 22, 2019 in Atlanta, Georgia. (Photo by Todd Kirkland/Getty Images)

LANDOVER, Md. – After picking up their first win of the preseason a week ago, the Washington Redskins look for win No. 2 in their final preseason game when they face the Baltimore Ravens Thursday night.

“Case [Keenum] has come in here and picked up the offense extremely well, had great confidence and command over the team,” head coach Jay Gruden said. “At the end of the day, I think we have great confidence that Case can lead us to a win against Philadelphia.”

ATLANTA, GA – AUGUST 22: Quarterback Dwayne Haskins #7 of the Washington Redskins passes in the second half of an NFL preseason game. (Photo by Todd Kirkland/Getty Images)

Rookie quarterback Dwayne Haskins will start Thursday night. In last week’s outing against the Atlanta Falcons, he completed seven of 13 passes for 74 yards.

“I think every rep is a necessary rep for him and he’s doing a good job continuing to grow,” Gruden said. “Getting in the huddle, communicating the offense in the huddle, snap count, all that stuff is very important for a quarterback. Not just worrying about what you have to do, but you also have to relay the message to 10 other guys in a positive way, so he’s getting better at that. The more he sees, even in the running game, even if he goes in the game and hands it off 10 straight plays, just to handle the footwork and the run-checks that we have is going to be very important for him to see.

“Then hopefully when he goes back to pass, he goes continues with his progressions and makes accurate throws. I love his progression. I love where he is at, but I think this is a great opportunity for him to get some more meaningful game reps.”

This marks the third-consecutive year Washington and Baltimore meet in the preseason. Last year the Redskins lost 30-20 at M&T Bank Stadium.