North Carolina police captain gets a call from scammers, decides to have a bit of fun 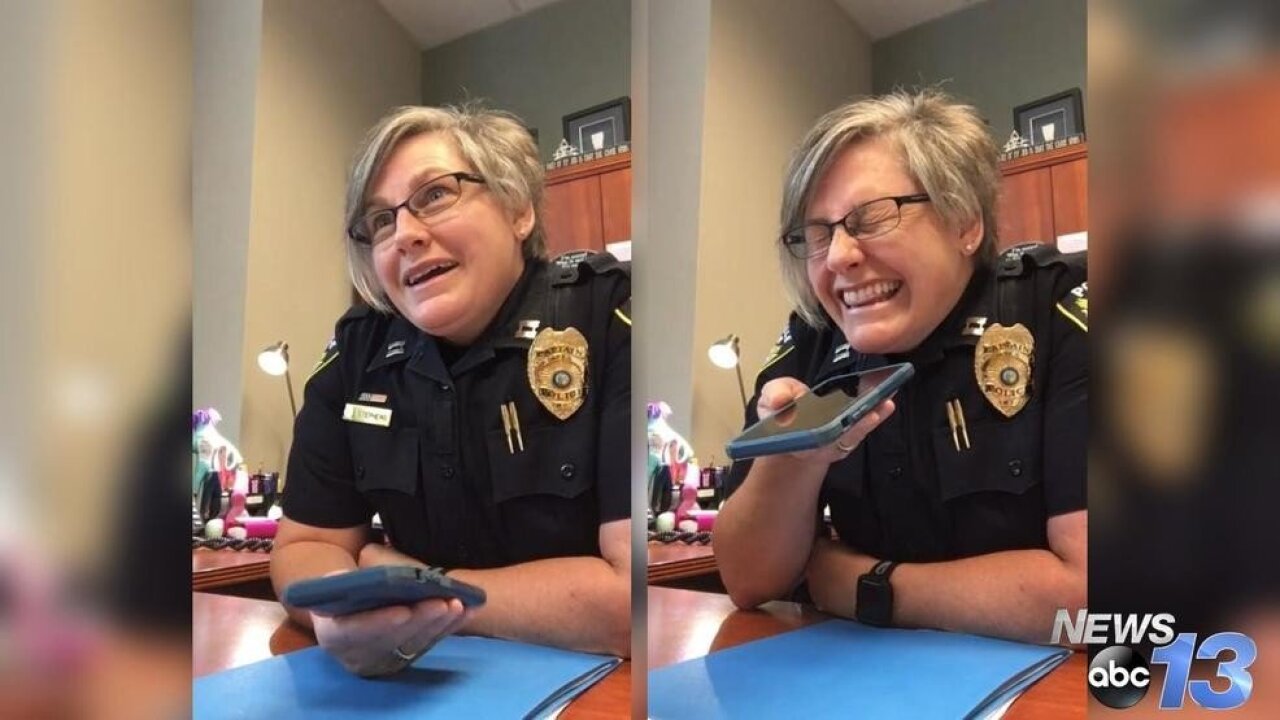 ** Embargo Greenville-Spartanburg, SC-Asheville, NC** The caller claimed Captain Stephens was just moments away from being arrested, charged with more than 25 criminal charges, ranging from drug trafficking to money laundering.

APEX, N.C. – When a scam caller made the unlucky decision to target Apex Police Department Captain Ann Stephens, they didn’t know what they were getting themselves into,WLOS reports.

The caller claimed Captain Stephens was just moments away from being arrested, charged with more than 25 criminal charges, ranging from drug trafficking to money laundering.

The video, shared to the Apex Police Department Facebook page Tuesday afternoon, has been an internet hit.

“These are scam calls,” Stephens said. “Don’t ever give out your information. Don’t ever verify their information even if they have it.”

During the call, the men, who went by the names of “John Black” and “Jason Brown,” told Captain Stephens they needed her address and last four digits of her social security number, which the callers claimed there were numerous charges filed against.

When asked for her address, Stephens gave the address for the police department: 205 Saunders Street.

“No, I’m not going to give you my address,” said Stephens at one point. “If you have my file on me, you should know what my address is.”

After Stephens refused to comply, the man told her she was about to be arrested over “serious allegations.”

The call ended when one of the men abruptly hung up.

‘They’re all scammers,” Stephens says at the end of the video. “Just hang up on ’em or have a little fun.”