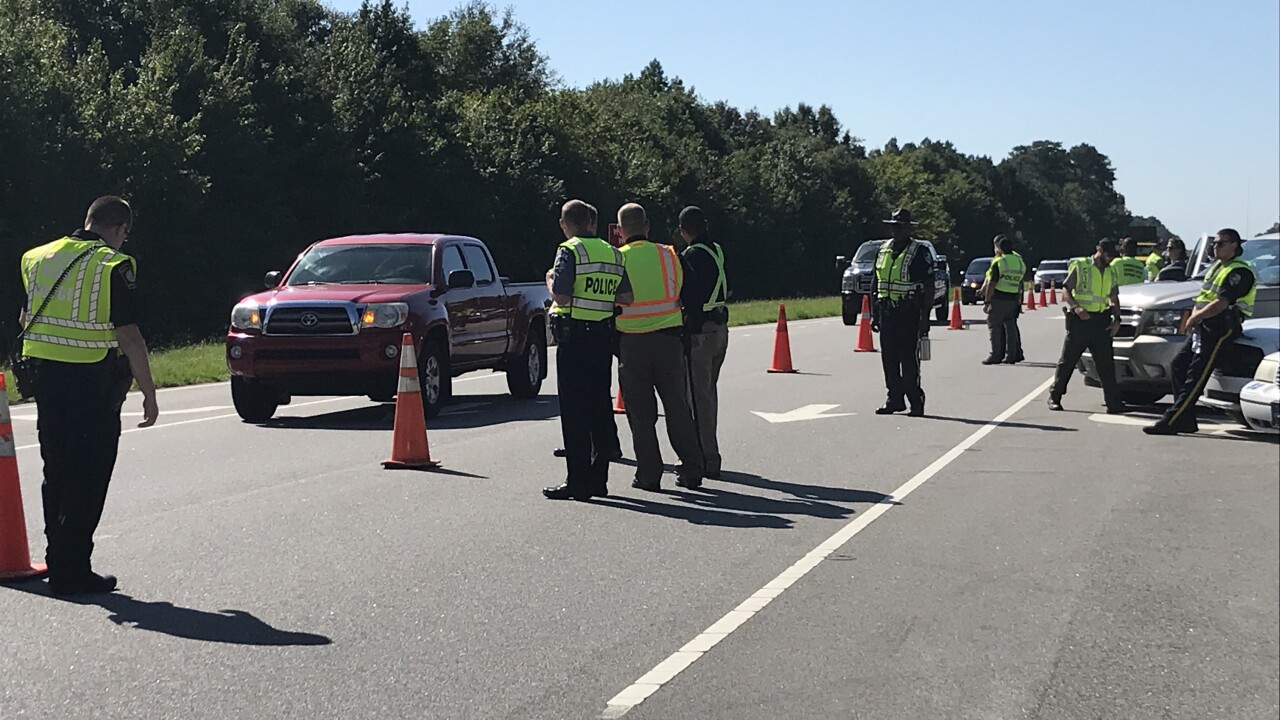 CAMDEN COUNTY, N.C. – Drivers crossing the North Carolina-Virginia state line were forced to stop this morning for a special partnership between sheriff’s departments.

The Border-to-Border program is a part of the Labor Day “Booze it and Lose it” campaign. Their goal is to find illegal drugs and dangerous weapons.

Agencies in both states set up on U.S. 17 for hours on Thursday. They checked each driver’s license and registration, checking vehicles if necessary.

Within an hour of beginning the checkpoint, deputies say they found a man who was wanted on two felony warrants. He also had heroin in his pocket.

In other years, deputies say they have found people who were reported missing, other illicit drugs, guns and drivers under the influence of drugs and alcohol.

While these checks do tend to back up traffic, Sheriff  Jones says the short delay is worth it.