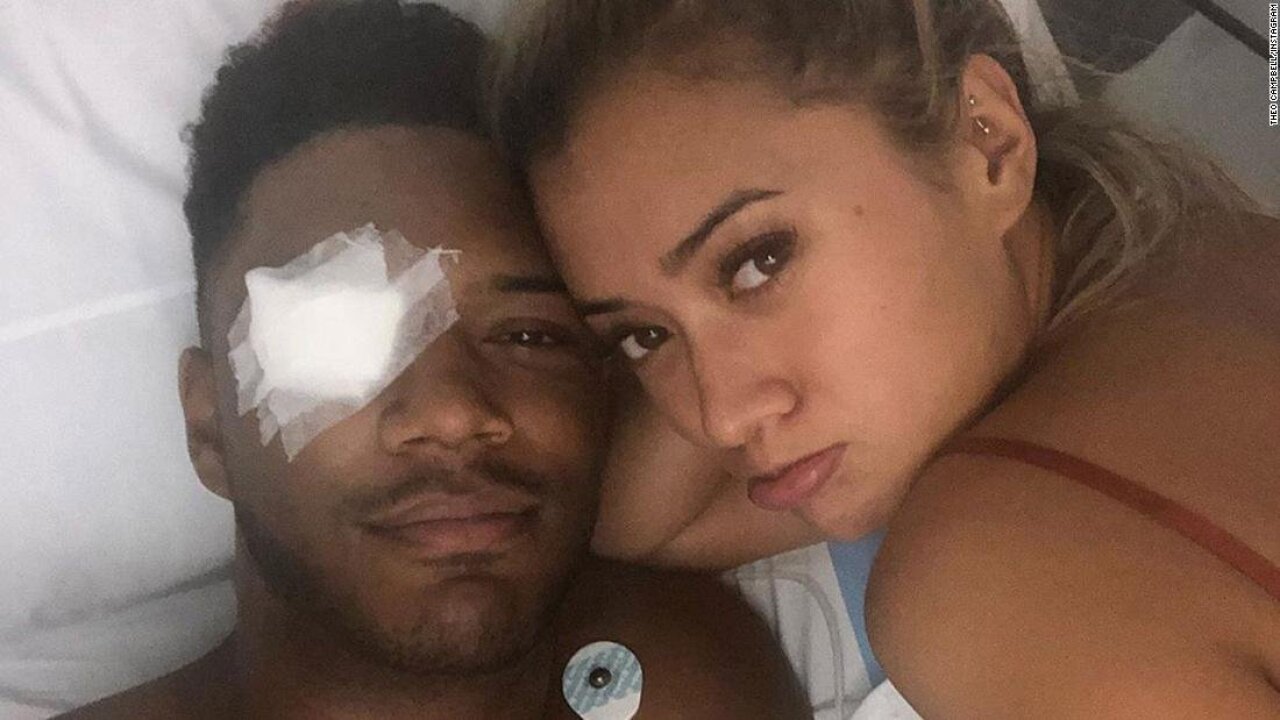 Theo Campbell says a freak accident has cost him his sight in one eye.

Theo Campbell says a freak accident has cost him his sight in one eye.

Campbell, who appeared on “Love Island” in 2017 and and is set to appear on “MTV’s The Challenge: War of the Worlds 2” thanked his supporters on Instagram after undergoing surgeries following a strike in the eye by a champagne cork.

The accident resulted in a gruesome injury, he said.

“So yeah basically 2 eye surgeries later after a really unfortunate accident, I’ve lost all vision in my right eye as it got split in half, who would have thought a champagne cork would be the end of me,” Campbell wrote in the caption of a photo showing him with his eye bandaged up in what appeared to be a hospital bed. “But I still have 1 eye left, looking at the bright side of things.”

Campbell, 28. was joined in the photo by his girlfriend, former “Love Island” contestant Kaz Crossley, 24, who he thanked for flying to be with him.

Crossley shared what happened on her Instagram stories and said Campbell was in the Spanish island of Ibiza when someone popped a bottle of champagne right near his face.

On Wednesday he tweeted that he had received 7 stitches on his eye.

“I currently have 7 stitches in my eye (gross) and the doctors say it’s unlikely I’ll see properly again, they done a good job saving it as they said I might loose my whole eye to begin with,” Campbell tweeted. “But Im hopeful and don’t want to believe my eye is gone forever. Anything is possible.”