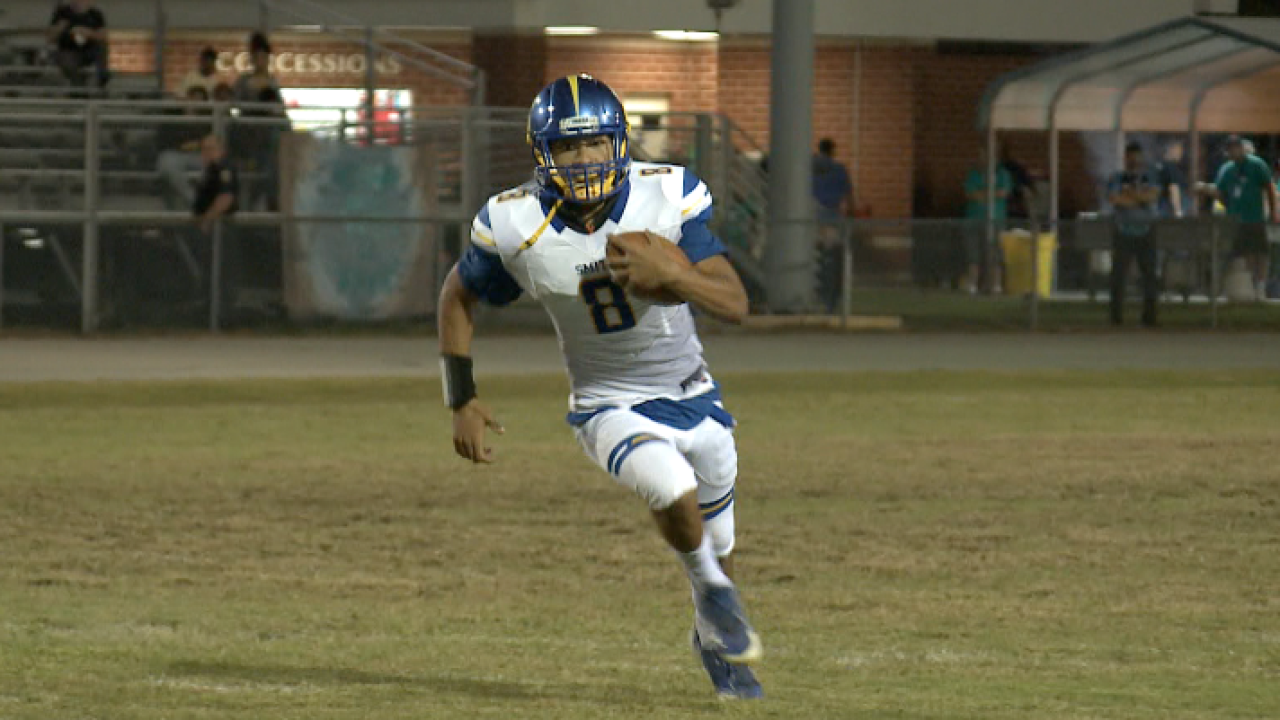 CHAPEL HILL, NC – Since playing his final football game as a high school star at Oscar Smith last November, Cam’Ron Kelly’s college path has seen several twists and turns. However, the University of North Carolina freshman learned Wednesday there is one turn he will not have to take: waiting his turn to play immediately for the Tar Heels.

Kelly, the 6′ 1″ defensive back, was granted immediate eligibility from the NCAA. He’ll be able to suit up for UNC in Saturday’s season opener vs. South Carolina in Charlotte.

Kelly’s freshman eligibility was in doubt after he left Auburn University in April, the school in which he enrolled in January upon graduating early from Oscar Smith High. NCAA.com’s transfer terms state a student-athlete must spend an academic year in residence at the school to which he/she is transferring. If the student-athlete transfers from a four-year college to an NCAA school, he/she must complete one academic year in residence at the new school before they can play for or receive travel expenses from the new school, unless he/she qualifies for a transfer exception or waiver.

In a tweet, Kelly explained his reasons for leaving Auburn and transferring to North Carolina. “This being sacrificial for my family and myself during these testing times and circumstances, I had to make the best decision for my family,” Kelly wrote. “I thank the Lord for giving me an opportunity to continue my academic and athletic career at a University closer to home.”

Cam’Ron originally committed to play his college football at Virginia Tech in June 2018 before pledging to Auburn in August 2018.

Following a stellar career at Oscar Smith, he was rated as the No. 10 athlete in the nation by the 247Sports composite recruiting rankings and the No. 5 prospect in the state of Virginia.

As a senior, he helped lead Oscar Smith to an 11-and-2 record and the third round of the playoffs. His junior season, the Tigers went 12-and-3 record and played in their third straight VHSL state championship game.

The NCAA has ruled Cam'Ron Kelly (@CamRonJKelly), the former @OscarSmithFB star, immediately eligible as a freshman for @TarHeelFootball this season.

Coach @drebly_32 talked to us about #UNC's & @CoachMackBrown's pipeline to/from #The757.

God is good. Just got great news. I’m playing this year. Thanks to everyone that supported me including my family, coaches, teammates and especially our compliance department. Now it’s time to go to work. 🙏🏽 pic.twitter.com/BVN8vXOgvF