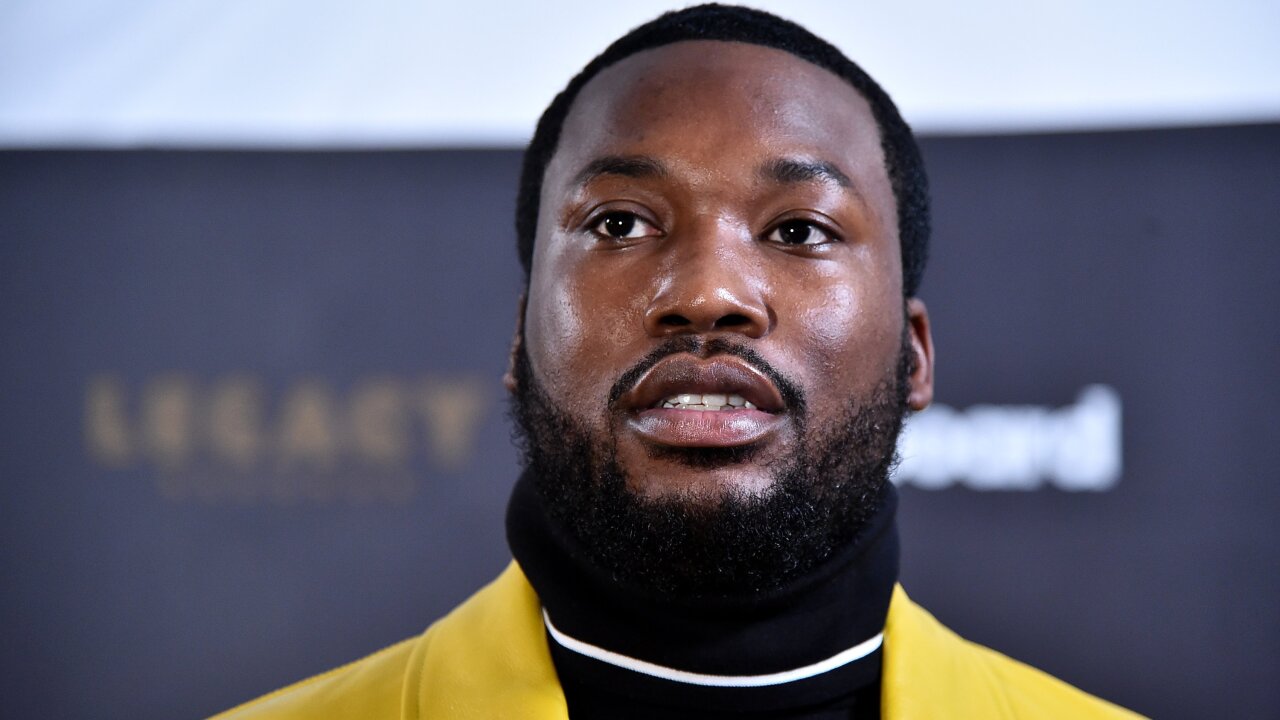 After spending most of his adult life under court supervision, Meek Mill is no longer on probation, the rapper said Tuesday.

After spending most of his adult life under court supervision, Meek Mill is no longer on probation, Philadelphia District Attorney Larry Krasner said Tuesday.

The rapper has pleaded guilty to a misdemeanor gun possession charge, and all other charges against him have been dropped, the prosecutor said. He will serve no further punishment on the gun charge, he said.

After spending most of his adult life under court supervision, Meek Mill is no longer on probation, the rapper said Tuesday.

Krasner’s decision to accept the plea, he said, rights a series of wrongs dealing with unfair judicial procedures, excessive punishment and “questionable integrity” when it comes to the evidence and testimony presented in the case.

The rhymesmith stepped out of a Philadelphia courthouse to greet a crowd of supporters, first letting them know how much he appreciated them.

“I’m very thankful from the bottom of my heart — everybody that ever mentioned my name or said, ‘Free Meek’ or helped me get to this position,” he said.

As his supporters broke into the “Free Meek” chants that have been ubiquitous to protests decrying his plight, the “Going Bad” rapper interrupted them.

“Meek free,” he said to cheers. “I’m not on probation no more. I don’t have to go to court no more.”

He thanked the crowd again and said he would continue to work on social justice issues going forward.

“I know y’all probably got family members in jail or people going through the same thing as me, and I will continue to do what I do with the reform movement and help the people who help me,” he said before leaving the stage.

This is not a case of someone skirting punishment, Krasner said. The excessive court supervision handed down in the earlier court proceedings affected Meek Mill’s livelihood for more than a decade, he said.

There’s also a larger angle at play, the district attorney said, as the rapper’s case has shone a light on a judicial system that sometimes treats guilty rich people better than it does innocent poor people — which Krasner said he’d like to help rectify.

“People change and cities change, and systems sometimes need to change,” he said.

Battle lasted more than a decade

Meek let out a long-awaited “Amen” last month after a Pennsylvania appeals court overturned his 2008 conviction on gun and drug charges, ordering a new trial and judge in the case.

The Pennsylvania Superior Court ruled that a trial judge erred in not granting the Philadelphia rapper a new trial “based on after-discovered evidence,” in accordance with the state’s Post-Conviction Relief Act, it said in its ruling.

The Philadelphia District Attorney’s Office said in a statement it is pleased that the appeals court “validated our position that Robert Rihmeek Williams deserves a new trial before a court that has no appearance of partiality.”

In 2008, Meek was convicted after carrying a gun while walking to a store. He was sentenced to several months in prison and released early on five years’ parole.

Following an incident in which he was accused of assault, a court in 2017 handed down a 2- to 4-year sentence for violating parole on the 2008 conviction. He served five months of that sentence.

Meek’s legal team had argued there were credibility issues with a police officer who testified in the 2008 case. The officer was on the Philadelphia District Attorney’s Office’s “secret list” of police officers with reputations for being untrustworthy, his lawyers have said.

Superior Court Judge Jack Panella wrote in last month’s ruling that the “after-discovered evidence” in Meek’s case — which includes statements from Philadelphia police officers who contradicted their fellow officer’s testimony in the rapper’s case — “is of such a strong nature and character that a different verdict will likely result at a retrial.”

“Williams’ right to be tried before an impartial judge is necessary in this case because the trial judge heard highly prejudicial testimony at the first trial, which was a bench trial, and made credibility determinations in favor of a now discredited witness and against Williams,” Panella wrote.

The court also vacated two other sentences handed down for parole violations stemming from the 2008 case.

‘It is our responsibility to stand up’

Before the rapper’s announcement, activists outside the courtroom Tuesday told supporters that the fight isn’t over with Meek’s freedom.

“No one is coming to save us. There’s no Superman. There’s no Batman. There is no one but you and I who are here to save our own communities,” said organizer and advocate Tamika Mallory. “It is our responsibility to stand up … not just for Meek Mill, but when Meek is free, all of us will be free.

“Our communities are literally in bondage and they expect this movement to die down, but if we keep coming to the street and exposing hate and racism and an unjust system we will prevail.”

Added political activist Linda Sarsour: “We’re here in solidarity with Meek Mill and all those who’ve been working on this case because this system doesn’t care if you have a doctorate degree, if you a hip hop artist, if you a millionaire, or you’re a poor man from the projects. This is a system that was not made and set up for people like us, with our skin colors, with our religious groups.”