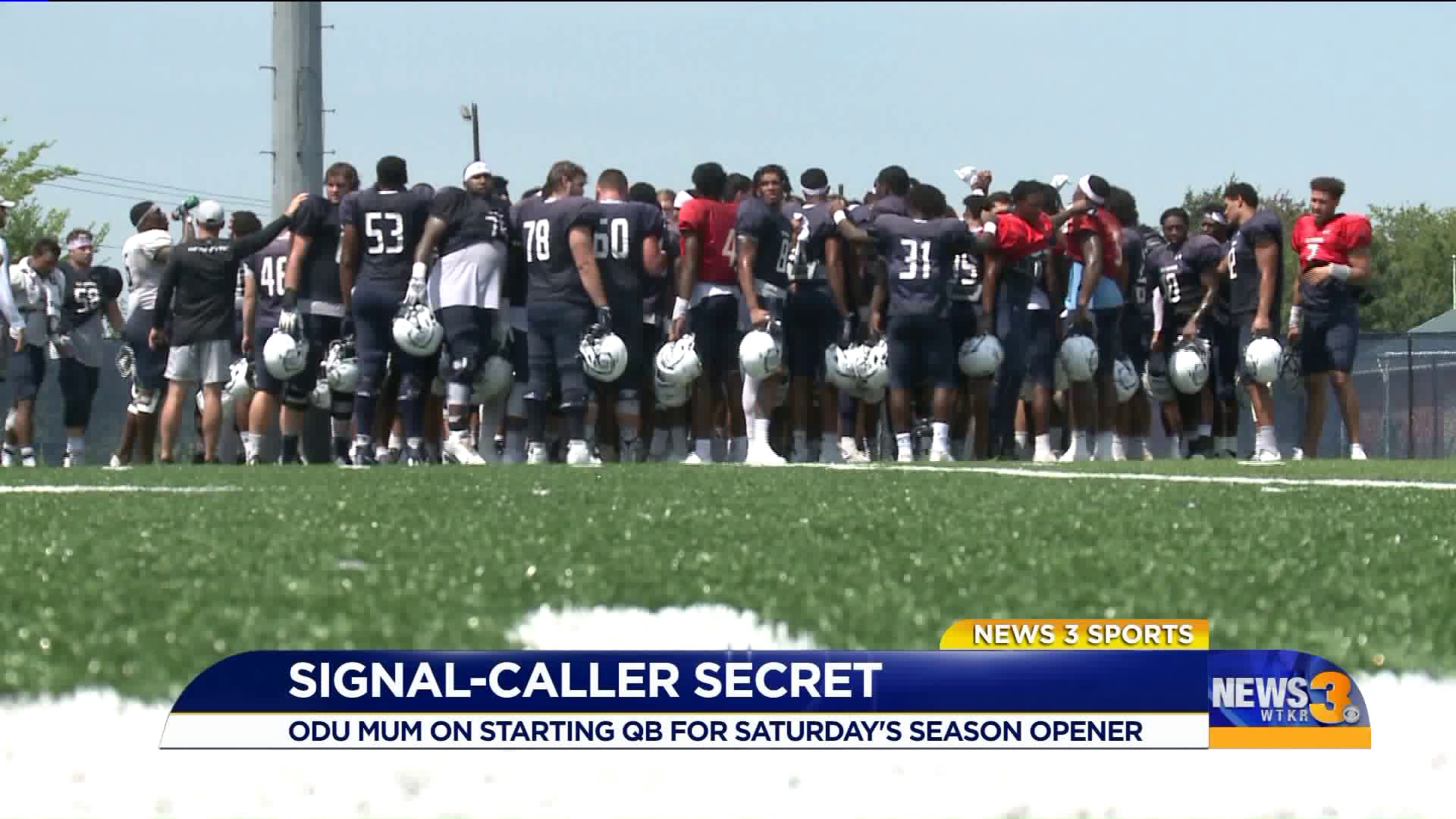 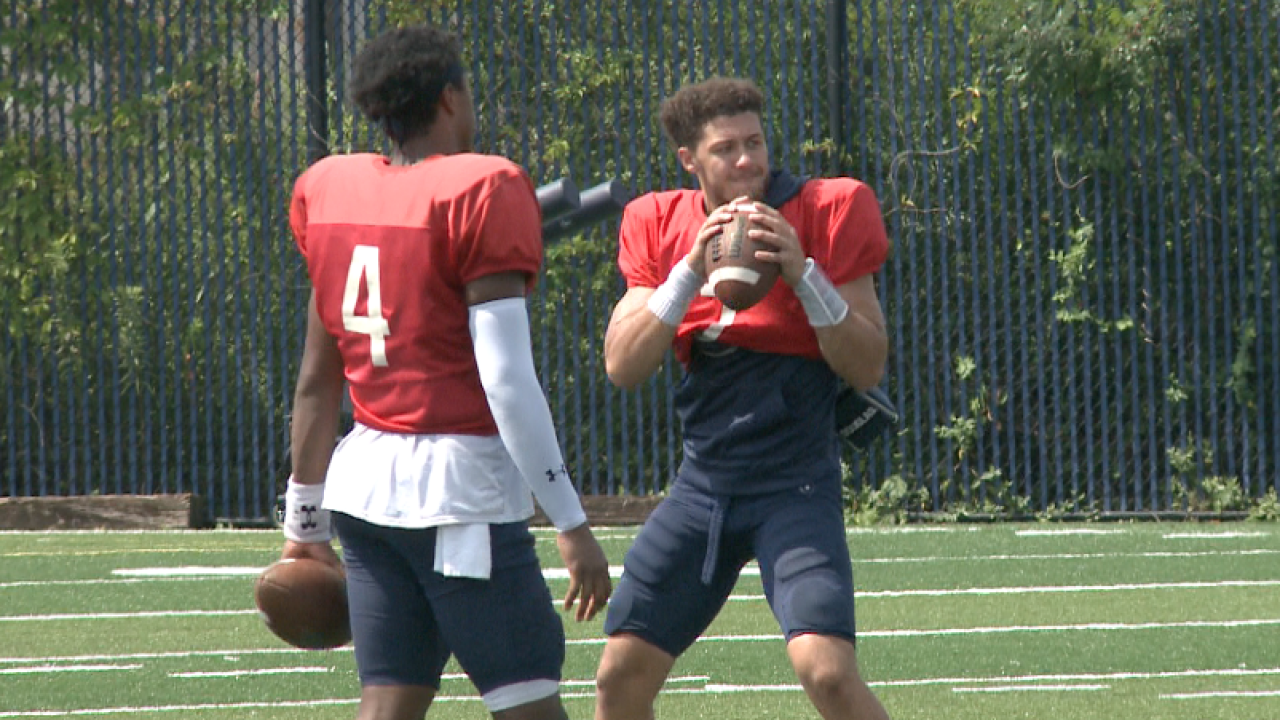 ODU does not plan to announce its starting quarterback leading up to its season opener vs. Norfolk State. Head coach Bobby Wilder says either Stone Smartt or Messiah deWeaver, both junior college transfers who will be making their first appearance in a Monarchs uniform, will be the first to lead the offense. He also adds Steven Williams, who is listed as a starting wide receiver, will likely see time at QB vs. NSU in the opener.

"Both Stone Smartt and Messiah deWeaver, who joined us in January, have progressed really well, we’re really pleased with the progress they made, we’re really pleased with the progression from the spring through the summer and how much more they’ve developed," Wilder said Monday. "When I look at the quarterback position now, what I feel really good about is not only do we have three guys that can throw the ball well, we’ve got three big athletic guys that can also run the ball, that’ll give us the ability to play 12 man football, which we did not have the ability to do that last year."

Wilder, who is hoping to avoid a third straight losing season, says it's not him and him alone who will help decide the QB position.

"It's the ability to show you can win games and it's winning the team over," Wilder, who 76-and-45 in 10 seasons at ODU, said about what will go into the decision of who starts. "It's the team seeing you are the guy that can lead them. We've been in this situation before. It's really critical when you're coaching 18 to 22 year olds, whoever becomes your quarterback is the guy the players feel good about being their leader."

ODU is 7-and-3 all-time in regular-season openers. Kickoff from S.B. Ballard Stadium is set for 7:00 p.m. Saturday night.

Related: Get to know the ODU quarterbacks battling for the starting spot