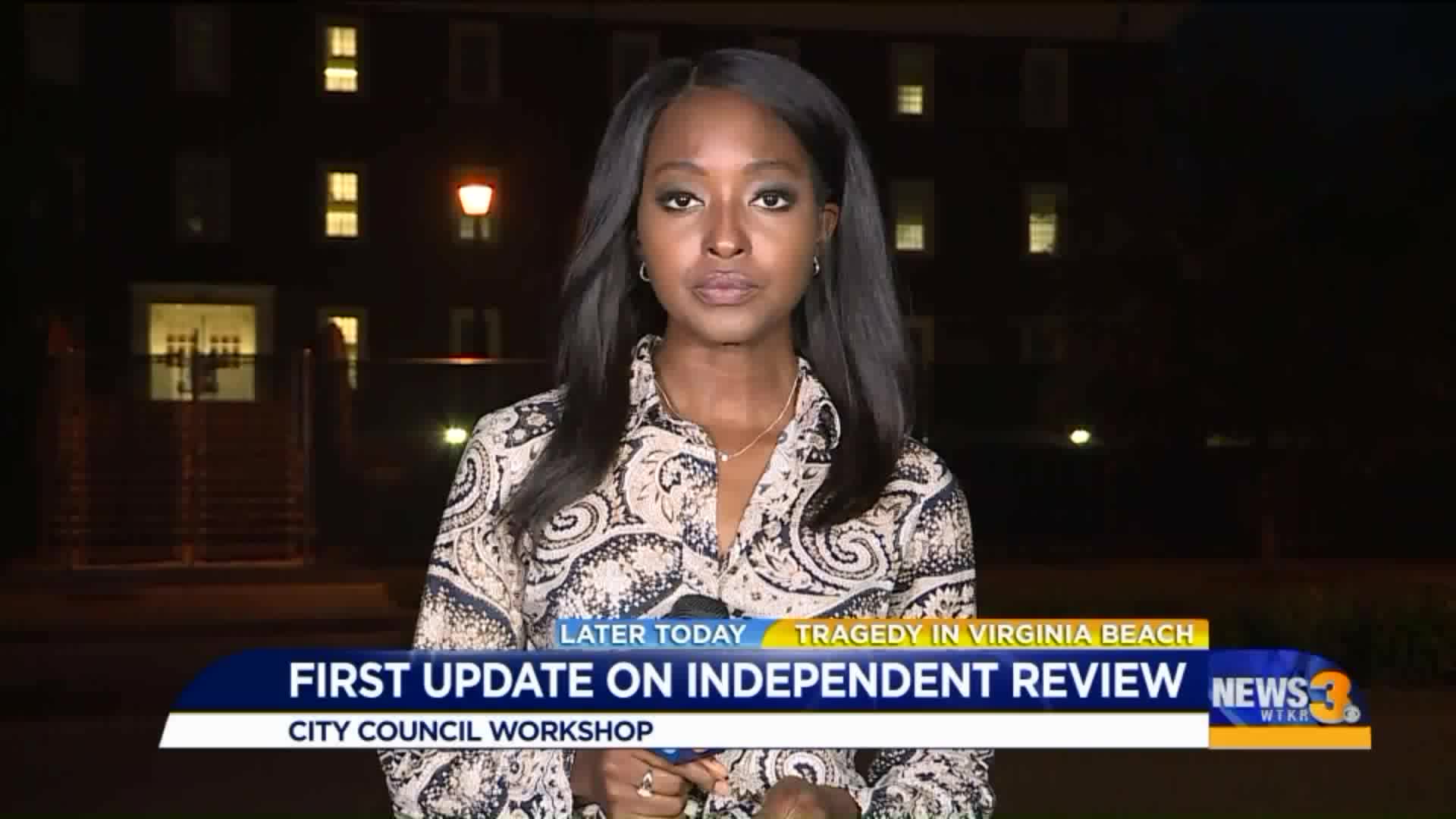 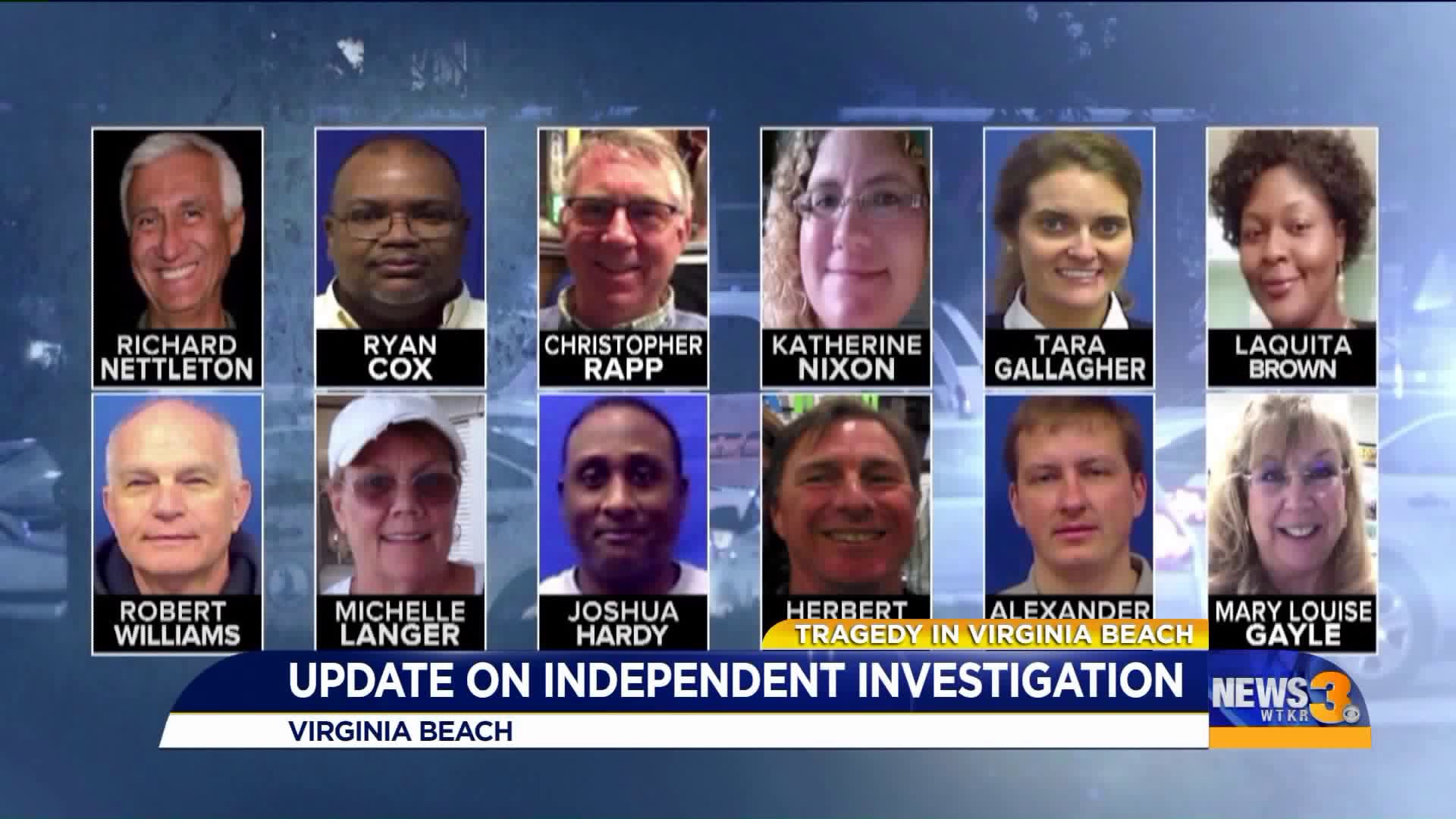 VIRGINIA BEACH, Va. - In a session Tuesday afternoon, leaders of the independent investigation into the May 31 Virginia Beach mass shooting gave an update to the public and to city council on the status of their progress.

"The goal is to help the community understand not just why, but just as importantly what can be done in the future to prevent another tragic act of violence," said CEO Arnette Heintze.

"We have interviewed 90 people, including  city employees and stakeholders. This includes 47 workers from Building 2, as well as four family members." Heintze told council.

He says they have watched 10 hours of body cam footage and listened to 911 calls as well as dispatch communication.

Heintze eluded to an alleged "toxic environment" inside Building 2 as part of the findings thus far.

"If you have information on what is referred to as a 'toxic environment,' step forward - please share with us," he pleaded.

We are being told the investigation will create a timeline of what happened on May 31, explore information on the shooter and look into any city policies that may have been a factor.

Heintze said the cost of the investigation is around $400,000, and they have spent roughly 63% of that so far.

He will give another update in mid-September and hopes the final report will be done by October 11.