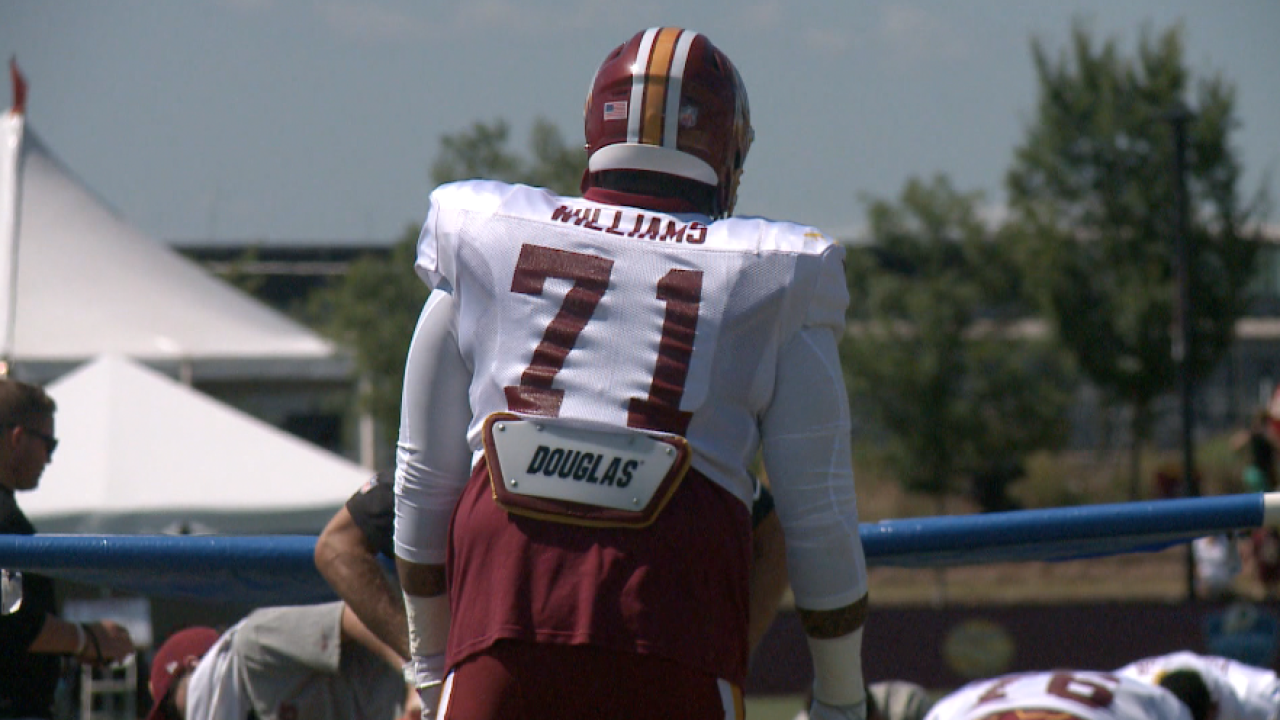 Offensive lineman Trent Williams currently has a job. And according to Redskins head coach Jay Gruden, his employer won’t change any time soon.

On August 3rd, Gruden was asked if there is a chance Washington trades Williams, who remains away from the Redskins because of a dispute with team. His response then was, “I seriously doubt that.”

Williams, who is staying away from the team due to a reported ‘fractured relationship’ with the franchise, has not taken part in any of the team’s offseason workouts or practices. Earlier in the preseason, published reports stated the Redskins were engaging in trade talks for Williams.

Related: ‘He knew the terms of the contract’: Former ‘Skins offensive lineman Jeff Bostic weighs in on Trent Williams

The Redskins play their final preseason game of 2019 Thursday night at home vs. Baltimore – a contest to be broadcast live on News 3. Washington opens its regular season Sunday September 8th at Philadelphia.

#Redskins coach Jay Gruden reiterates that he still "very strongly” believes LT Trent Williams won’t be traded. The team has privately resisted all inquiries. Note: I’m told Williams, who has had several surgeries, is now healthy and ready to play. For someone.