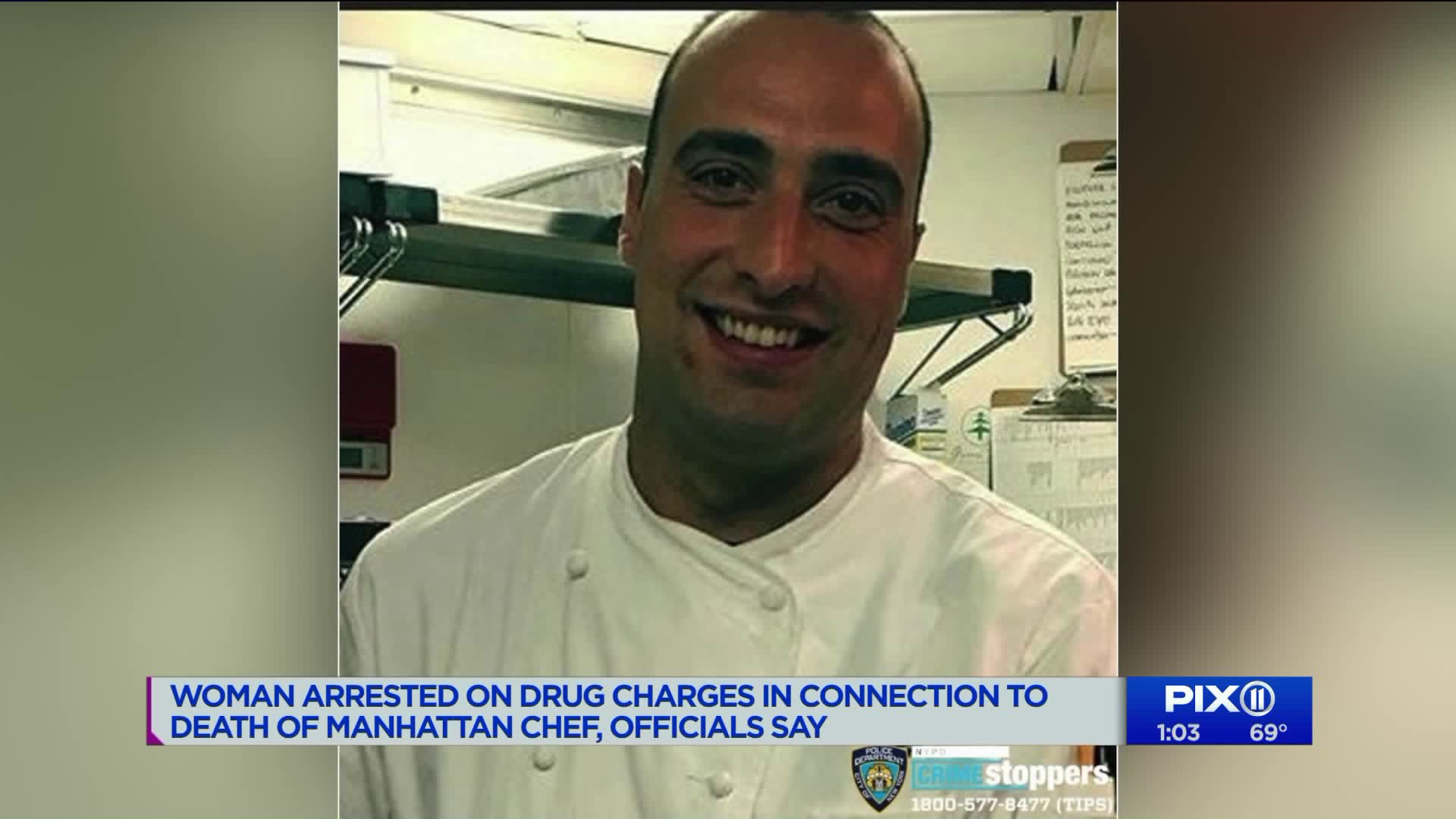 A prostitute has been arrested on drug charges in connection to the deaths of three men, all found dead in Queens hotels, officials with the United States Department of Justice said Monday. One of those men is believed to be a well-known chef whose body was located last Wednesday after a days-long search for the missing man.

NEW YORK CITY — A prostitute has been arrested on drug charges in connection to the deaths of three men, all found dead in hotels in the New York City borough of Queens, officials with the United States Department of Justice said Monday.

One of those men is believed to be a well-known chef whose body was located last Wednesday after a dayslong search for the missing man.

Angelina Barini is expected to appear in federal court on Monday on charges of conspiracy to distribute and possess with intent to distribute one or more substances containing fentanyl, officials said.

Barini has been linked to the deaths of three men in Queens, officials said. The men were found dead on July 4 at the Airway Inn at LaGuardia, July 11 at the Crown Motor Inn in Woodside and Aug. 21 at the Kamway Lodge in Elmhurst.

The victims are identified as John Doe 1, 2 and 3 in the criminal complaint.

While Andrea Zamperoni, a chef at Grand Central Terminal’s Cipriani Dolci, is not named, several details involving John Doe 3 in the complaint match the case involving Zamperoni  — including his age, the dates he disappeared and was found dead, and the location where his body was found.

The medical examiner said Monday that Zamperoni's cause of death has not been determined.

Zamperoni was found dead Wednesday in a first-floor room of the Kamway Lodge, police said. He had been been reported missing, with co-workers saying they last saw the 33-year-old chef Saturday night when he left work at the famed Grand Central restaurant.

Surveillance footage shows Barini and a man appearing to be John Doe 3 enter the same hotel at 4:58 a.m. on Saturday, Aug. 18, the criminal complaint states. Between Aug. 18 and 21, the day the chef's body was found, Barini is allegedly seen exiting and re-entering the room several times. John Doe 3 is never seen re-emerging from the room.

The chef's body was found wrapped in a blanket, sources told WPIX last Thursday. The criminal complaint against Barini notes that John Doe 3 was located wrapped in bed linens, with his bare foot sticking out.