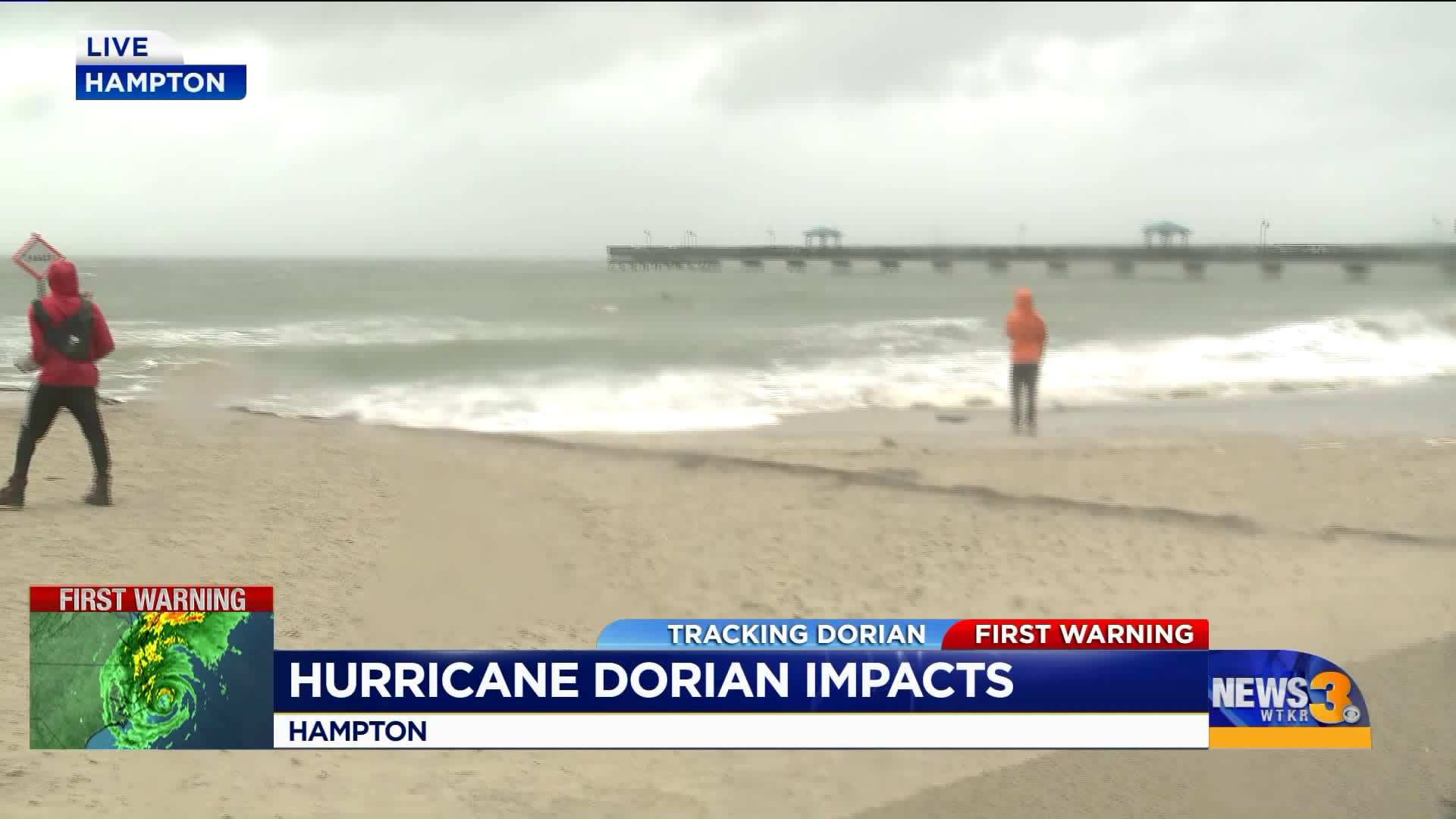 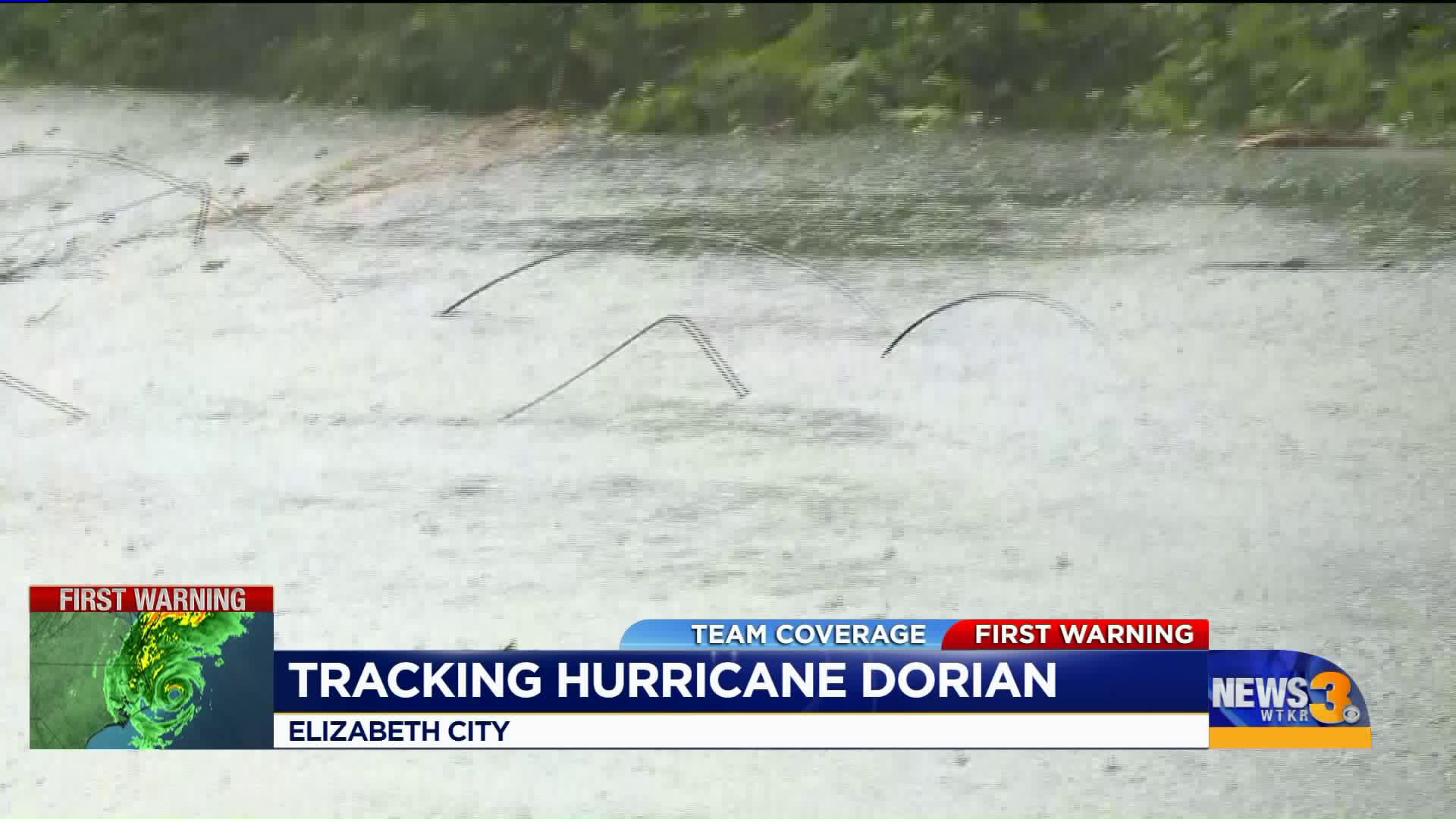 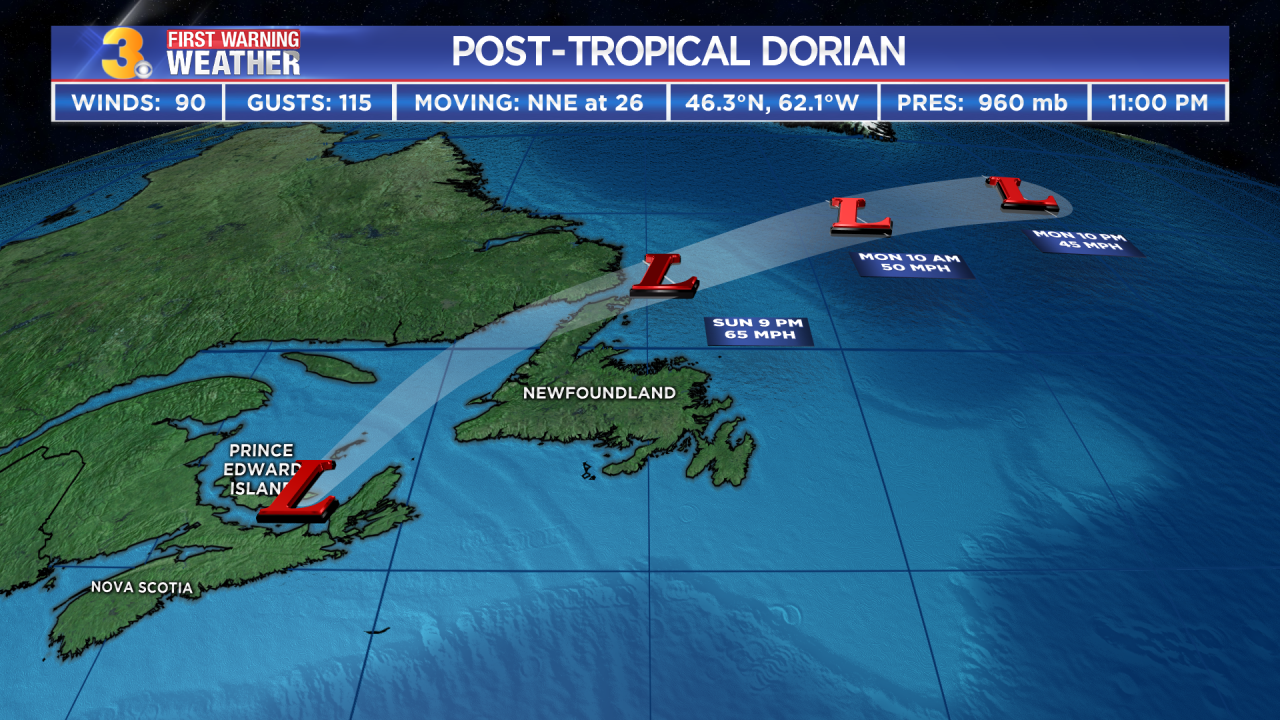 Dorian is heading for Nova Scotia in a hurry after causing major flooding in Hampton Roads and northeastern North Carolina. The storm made landfall in Cape Hatteras, North Carolina, early Friday morning.

Dorian, which is a Category 2 on the Saffir-Simpson Hurricane Wind Scale, has a wind speed of 100 mph. It is located about 180 miles SE of Eastport, Maine, and about 140 miles SW of Halifax, Nova Scotia, Canada.

As of 2 p.m. Saturday, Dorian is moving toward the northeast near 29 mph, and this general motion is expected through Sunday.

On the forecast track, the center of Dorian should pass across central or eastern Nova Scotia this afternoon or evening, pass near or over Prince Edward Island tonight and move near or over portions of Newfoundland on Sunday.

Maximum sustained winds are at 100 mph with higher gusts. Dorian is forecast to become a powerful post-tropical cyclone by Saturday night or early Sunday morning, but will maintain hurricane-force winds as it moves across eastern Canada. 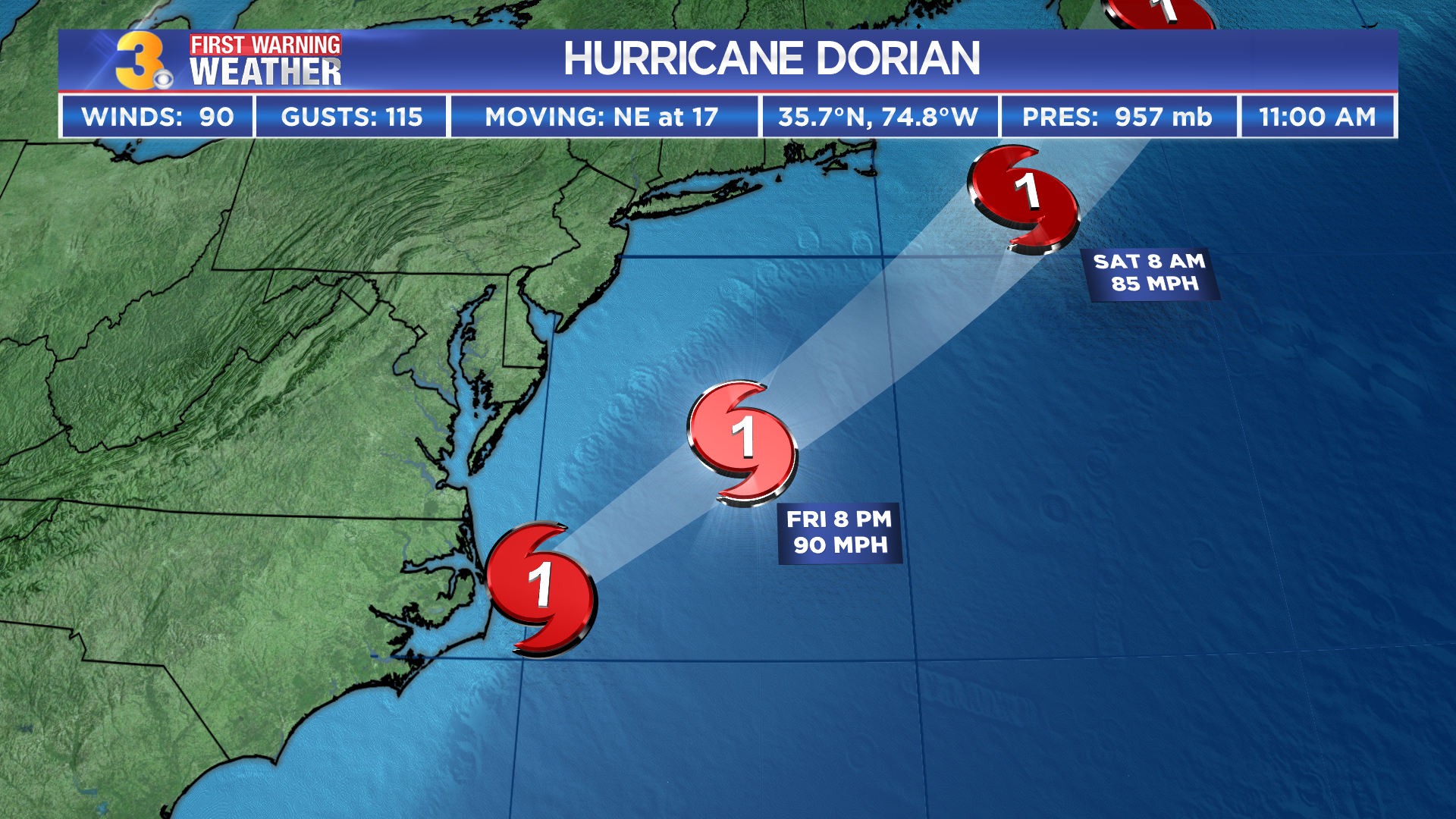