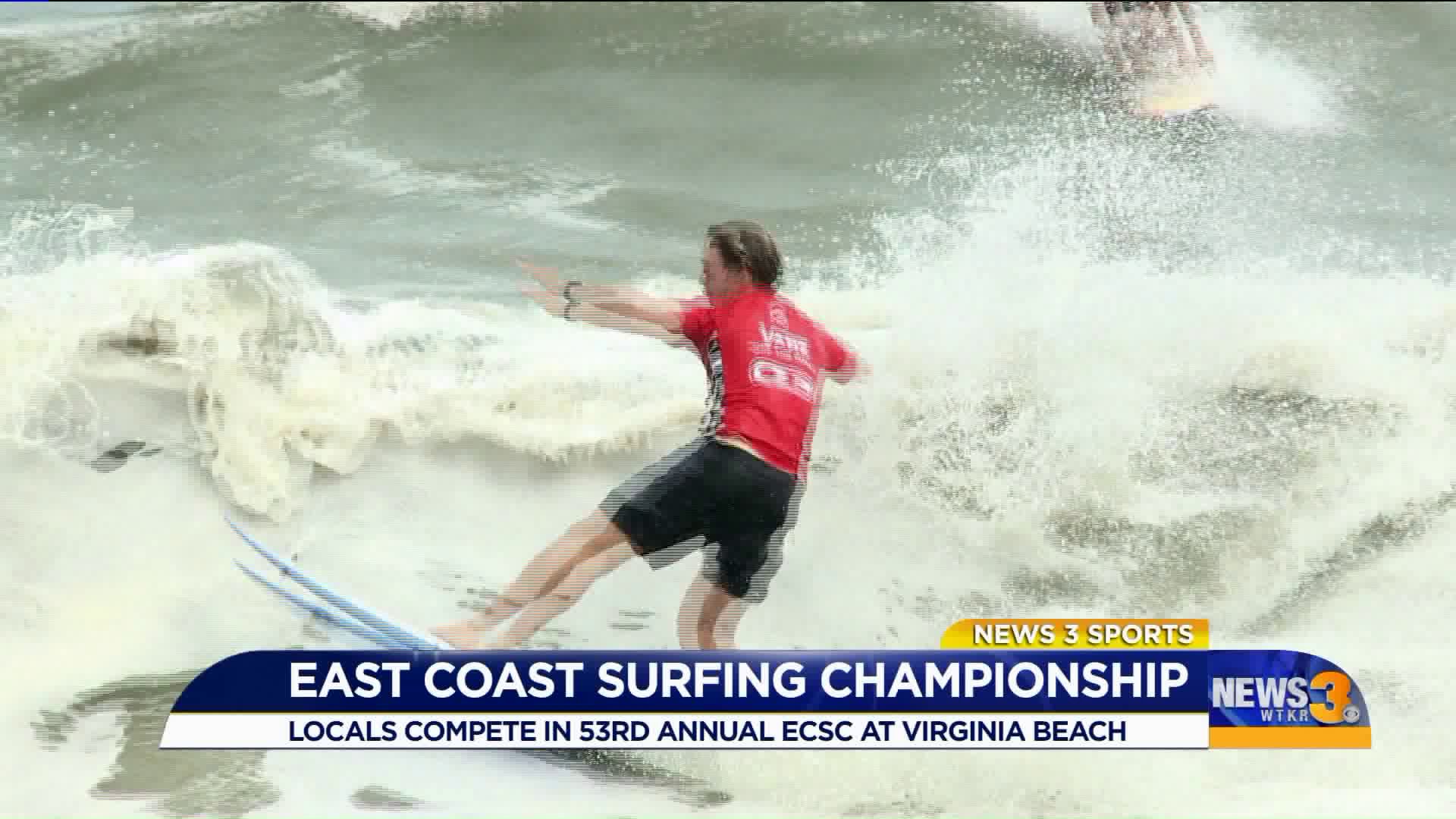 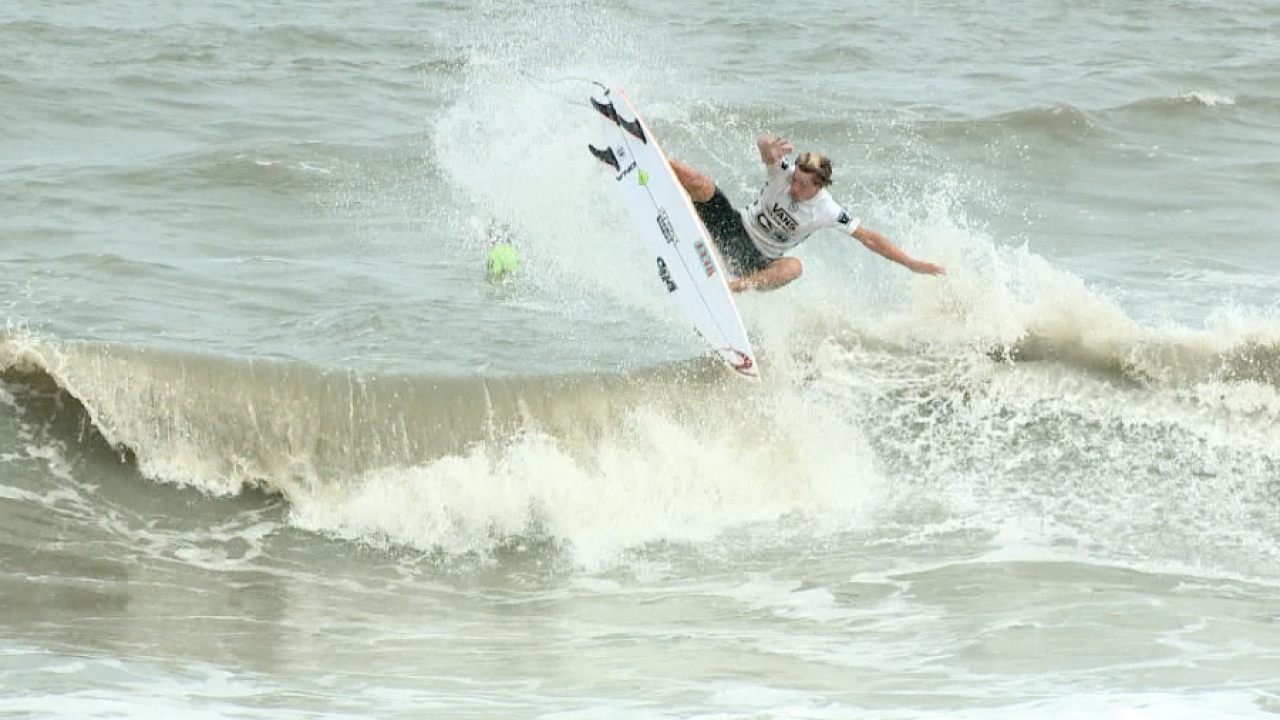 Hampton Roads native Michael Dunphy made it to the men's final, which was determined in the final 20 seconds of the heat. Dunphy had a strong finish on the final wave, but finished in second place after Luke Gordon ended his final wave with a score of 9.

"I wanted to win, but if you were to tell me at the beginning of the week that I got second it's a good result for me," Dunphy said. "Obviously going into the final you want to get first place, in front of all of my friends and family. Big difference between first and second."

"I found the right waves and just killed it," Copenhaver said. "It feels amazing. This is the first time I've won. To all the people that didn't vote me for senior superlative biggest beach bum, look at me now."