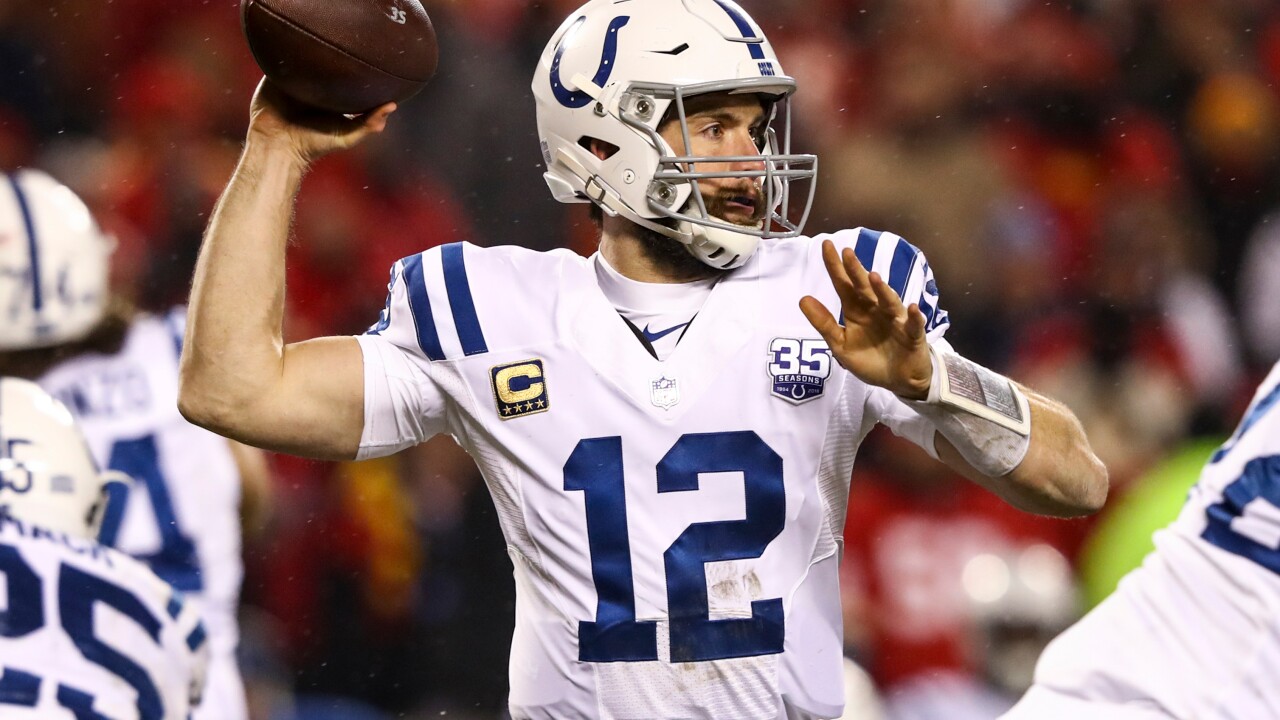 KANSAS CITY, MO – JANUARY 12: Andrew Luck #12 of the Indianapolis Colts throws a pass against the Kansas City Chiefs during the third quarter of the AFC Divisional Round playoff game at Arrowhead Stadium on January 12, 2019 in Kansas City, Missouri. (Photo by Jamie Squire/Getty Images)

Once the information came out, Luck addressed media after the Colts’ preseason game against the Bears:

Andrew Luck announces his retirement from the @NFL. https://t.co/PK9ADYBuOX

“I’ve been stuck in this [injury] process, I haven’t been able to live the life I want to live, taken the joy out of this game and after 2016 where I played in pain and was unable to regularly practice, I made a vow to myself that I would not go down that path again,” Luck said during his retirement speech to media. “I find myself in a similar situation and the only way forward for me is remove myself from football and this cycle that I’ve been in.”

Luck said retiring hadn’t seriously crossed his mind until a week or two ago.

“I’m still in pain,” the four-time Pro Bowler said. “I’ve been in this cycle which feels like, I mean it’s been four years of this injury, pain, rehab cycle. I need to move forward in my life the way I want to. It doesn’t involve football.”

Luck was selected with the first-overall pick in the 2012 NFL Draft, and led the Colts to the playoffs in four of the past seven NFL seasons.

According to NFL Stats & Info, his 171 career passing touchdowns through his first 86 career NFL games is 3rd most in NFL history, with only Aaron Rodgers (174) and Dan Marino (196) throwing more.

After years of injury issues, Luck said he looks forward to finding out how to no longer be in pain during his absence from the NFL.

Physical toll on Andrew Luck through 6 NFL seasons:
» Torn cartilage in 2 ribs
» partially torn abdomen
» a lacerated kidney that left him peeing blood
» at least 1 concussion
» a torn labrum in his throwing shoulder
» and this mysterious calf/ankle issue that led to this

“This has been my personal journey in football and everybody’s journey is different,” Luck said. “Over the past week I’d sit and think ‘Am I gonna have a bunch of resentment toward this game, or spite toward coming toward this building?’ All I feel is love for this game and love for my teammates.

INDIANAPOLIS, IN – AUGUST 24: Andrew Luck #12 of the Indianapolis Colts walks off the field following reports of his retirement from the NFL. (Photo by Michael Hickey/Getty Images)

“I know my journey has had some ups and downs, and physically it has taken its toll these past four years, and that is why I’m here [retiring], and the mental and emotional toll that takes as well.”

Luck was on the sidelines during Saturday’s preseason game against the Bears, when news of his retirement spread across the internet like wildfire. Indianapolis fans in attendance caught on during the game and Luck received boos as he exited the field.

#Colts QB Andrew Luck is booed as he leaves the field. pic.twitter.com/5Wr38cM7Js

Despite the injuries that piled on throughout the years, Luck says he doesn’t feel like he was dealt a bad hand.

Andrew Luck was on the sidelines during the Colts game when news broke of his retirement. He was booed by the fans while exiting the field.

"I'd be lying if I didn't say I heard the reaction. It hurt."https://t.co/D5yKXLPAEb