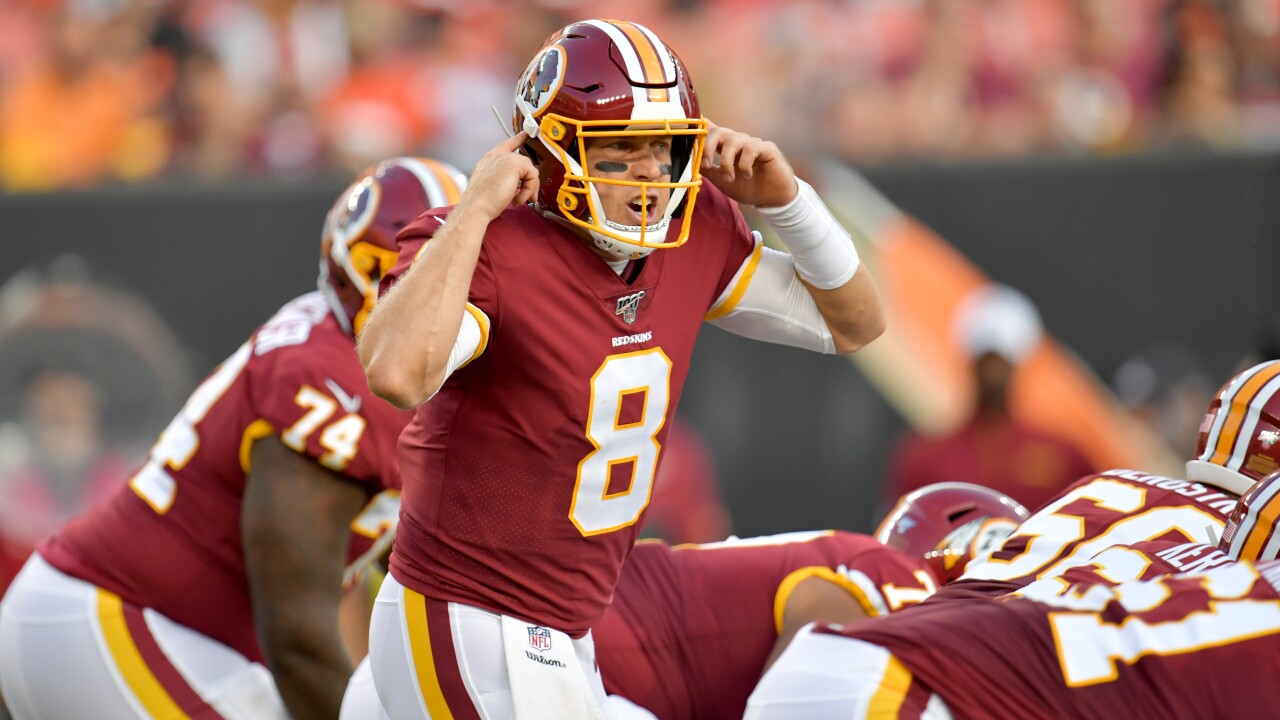 CLEVELAND, OHIO – AUGUST 08: Quarterback Case Keenum #8 of the Washington Redskins calls a play from the line of scrimmage during the first half of a preseason game against the Cleveland Browns at FirstEnergy Stadium on August 08, 2019 in Cleveland, Ohio. (Photo by Jason Miller/Getty Images)

The Washington Redskins have announced who the starting quarterback will be week 1 when the team faces the Eagles.

Originally a three-way quarterback competition, Colt McCoy couldn’t get healthy in time for the start of the 2019 season, and it came down to Keenum and first-round draft pick Dwayne Haskins.

Over the course of 57 career games Keenum has thrown for 12,661 passing yards, 64 touchdowns and 42 interceptions.

Washington’s season opener against the Eagles is at Lincoln Financial Field on September 8th.