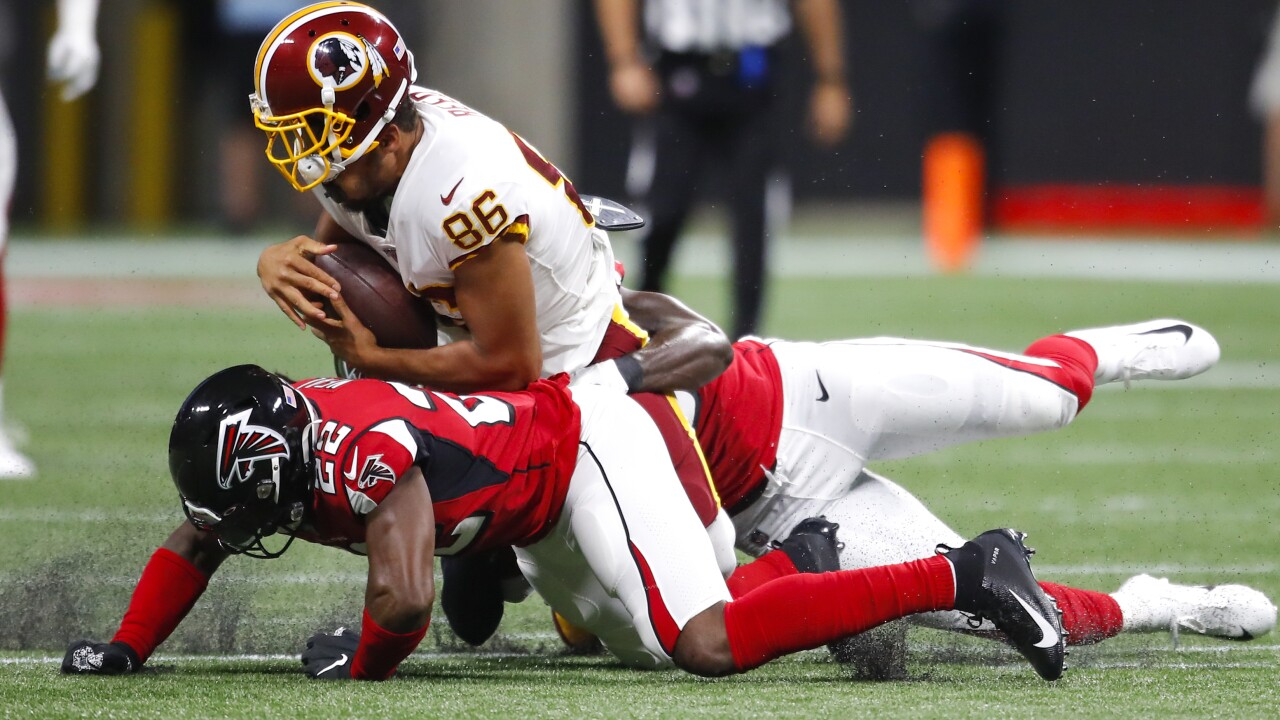 ATLANTA, Ga. – According to head coach Jay Gruden, the Redskins sustained just one injury in Thursday’s preseason victory at Atlanta. However, it was a big one.

Jordan Reed, the electrifying tight end, is being evaluated for a concussion after leaving Thursday’s game with only one catch. On his lone reception of the game, a third down conversion in the second half, Reed suffered a helmet-to-helmet hit. Falcons defensive back Keanu Neal was penalized on the play. Reed, who was back on his feet quickly after the tackle, was later removed from the game.

Reed, entering his seventh season in the NFL, has a history of concussions. He missed regular season games due to concussions in 2013, 2015 and 2016. He also suffered two concussions as a college player at the University of Florida.

“You start to worry about these injuries all the time,” Redskins head coach Jay Gruden said Thursday. “These guys have to go out and play football, they have to practice. It’s unfortunate. Hopefully he’ll be okay. I just talked to him. We just have to go through the process, though. This is something that’s out of our hands now. He’s got to go through the protocol and get to the doctors. Hopefully he’ll be okay. Fortunately, nobody else got injured. I thought the work was necessary for our football team today.”

The Redskins conclude their 2019 preseason schedule next Thursday vs. Ravens. Reed, like most of Washington’s key contributors, is unlikely to play.