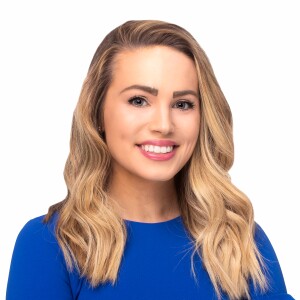 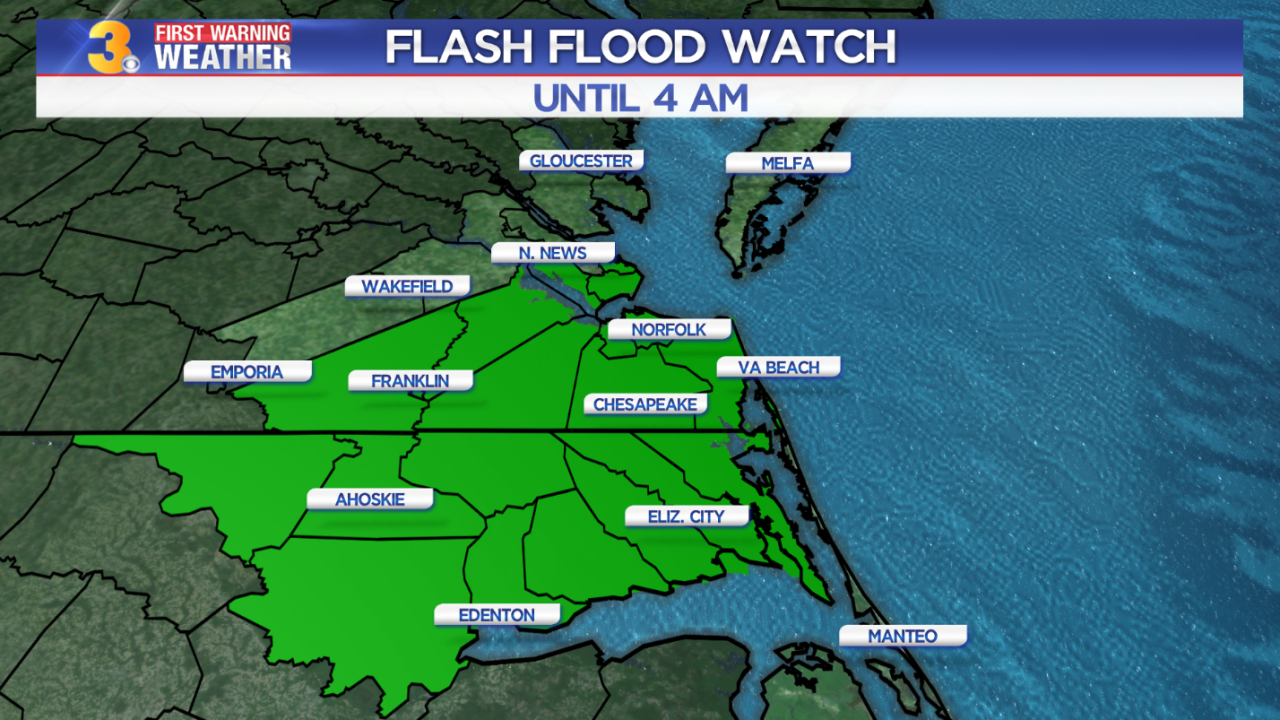 FLASH FLOOD WATCH IN EFFECT FOR ALL OF SOUTHEAST VIRGINIA & NORTHEAST NORTH CAROLINA UNTIL 4 AM SATURDAY.

SEVERE T’STORM WATCH IN EFFECT FOR ALL OF HAMPTON ROADS AND MOST OF EASTERN NORTH CAROLINA UNTIL 10 PM TONIGHT.

Severe storm and flash flooding risks… Heavy rain and thunderstorms will move in tonight with a slow-moving cold front. Severe thunderstorms are possible with gusty winds, heavy downpours, pockets of hail, and even isolated tornadoes. Flash flooding will be our biggest threat. Most of the area will see 1” to 2” of rainfall with locally higher totals possible. By early Saturday morning, storm threat will come to an end but lingering showers are possible through sunrise.

The cold front will drift slowly to our south this weekend. Expect mostly cloudy skies on Saturday with on and off scattered showers. It will be much cooler and breezy on the north side of the front. Highs will only reach the upper 70s!

Some sunshine will mix in with the clouds on Sunday, but a scattered shower is still possible. Highs will return to the upper 70s. It will be windy with NE winds at 10 to 20 mph. We will warm back into the 80s (near normal for this time of year) early next week.

The National Hurricane Center is issuing advisories on Tropical Depression Chantal, located about 765 miles west of the Azores.

1. Surface and radar data, along with satellite imagery, indicate that the low pressure area just east of the coast of southeastern Florida is becoming better organized. The low is forecast to move generally northwestward near or over the eastern Florida peninsula through tonight, and then move northward to northeastward over the Atlantic near the east coast of the central Florida peninsula on Saturday. After that, the system is expected to move northeastward offshore of the southeastern United States coast. If the current trend continues, a tropical depression is likely to form by Saturday night. Regardless of development, locally heavy rains are possible over the northwestern Bahamas and the southern and central Florida peninsula through the weekend. Interests in the northwestern Bahamas, the Florida peninsula, and the southeast coast of the United States should monitor the progress of this system. An Air Force Reserve Hurricane Hunter aircraft is scheduled to investigate the system on Saturday, if necessary.

2. Recent satellite wind data indicate that a low pressure area has formed in association with a tropical wave located about 1300 miles east-southeast of the Windward Islands. Additional development of this system is possible during the next few days, and a tropical depression could form late this weekend or early next week as it moves generally westward to west-northwestward near 15 mph.