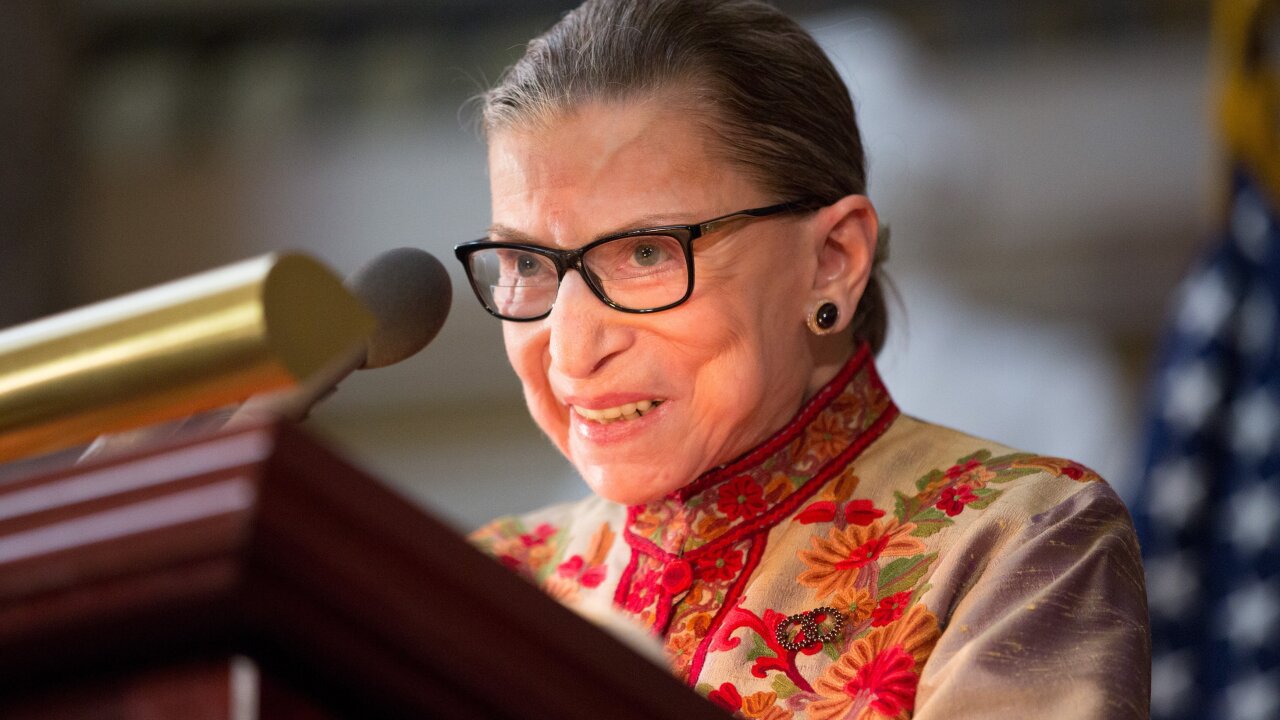 “The tumor was treated definitively and there is no evidence of disease elsewhere in the body,” the court said.

This is the 86-year-old liberal icon’s fourth bout with cancer. In 1999, she successfully underwent surgery to treat colon cancer. She was treated for early stages of pancreatic cancer in 2009. Last December, Ginsburg underwent surgery to remove two cancerous nodules from her left lung.

She missed oral arguments for the first time earlier this year while recovering, but participated in rulings via court transcripts and in writing.

Ginsburg’s health has long been an issue. The oldest Supreme Court justice, Ginsburg leads the liberal wing on the court which is currently outnumbered 5-4 by conservatives.

Despite her recent health scare, Ginsburg has made a series of public appearances and continues to travel. She attended a legal conference in Lisbon this summer, joined by Justice Sonia Sotomayor and retired Justice John Paul Stevens, who died soon after returning.

Asked late last month about any retirement plans, Ginsburg said: “I’ve always said I’ll stay on this job as long as I can do it full steam.”

At her age, she assesses that each year: “I was OK this last term. I expect to be OK next term. And after that we’ll just have to see.”

Ginsburg also underwent a heart procedure in 2014 to have a stent placed in her right coronary artery.

An appointee by Democratic President Bill Clinton, Ginsburg was confirmed by the Senate on August 3, 1993 and took her oath for the Supreme Court a week later. She was the second woman ever appointed to America’s highest court, after Sandra Day O’Connor, who served from 1981 to 2006.

Ginsburg, a former women’s rights lawyer who argued six groundbreaking cases before the justices early in her career, enhanced her reputation as a supporter of women’s rights on the bench. Over time, she also wrote opinions advancing broader civil rights and liberties.

In 2013, Ginsburg’s dissent for the liberals in Shelby County v. Holder, when the majority curtailed the reach of the Voting Rights Act, went viral on social media. It inspired the “Notorious RBG” meme, which has stuck as RBG has become the subject of books, films and assorted mementos.

In the courtroom setting this year, Ginsburg has seemed determined not to flag. In June, after returning from a New York trip with a serious case of laryngitis, she insisted on reading lengthy excerpts from an opinion for the majority in a Virginia racial gerrymander dispute.

Here is the full statement from the Supreme Court:

“Justice Ruth Bader Ginsburg today completed a three-week course of stereotactic ablative radiation therapy at Memorial Sloan Kettering Cancer Center in New York City. The focused radiation treatment began on August 5 and was administered on an outpatient basis to treat a tumor on her pancreas. The abnormality was first detected after a routine blood test in early July, and a biopsy performed on July 31 at Sloan Kettering confirmed a localized malignant tumor. As part of her treatment, a bile duct stent was placed. The Justice tolerated treatment well. She cancelled her annual summer visit to Santa Fe, but has otherwise maintained an active schedule. The tumor was treated definitively and there is no evidence of disease elsewhere in the body. Justice Ginsburg will continue to have periodic blood tests and scans. No further treatment is needed at this time.”