‘How do you forget your baby?’ Police bodycam shows tearful mother before arrest 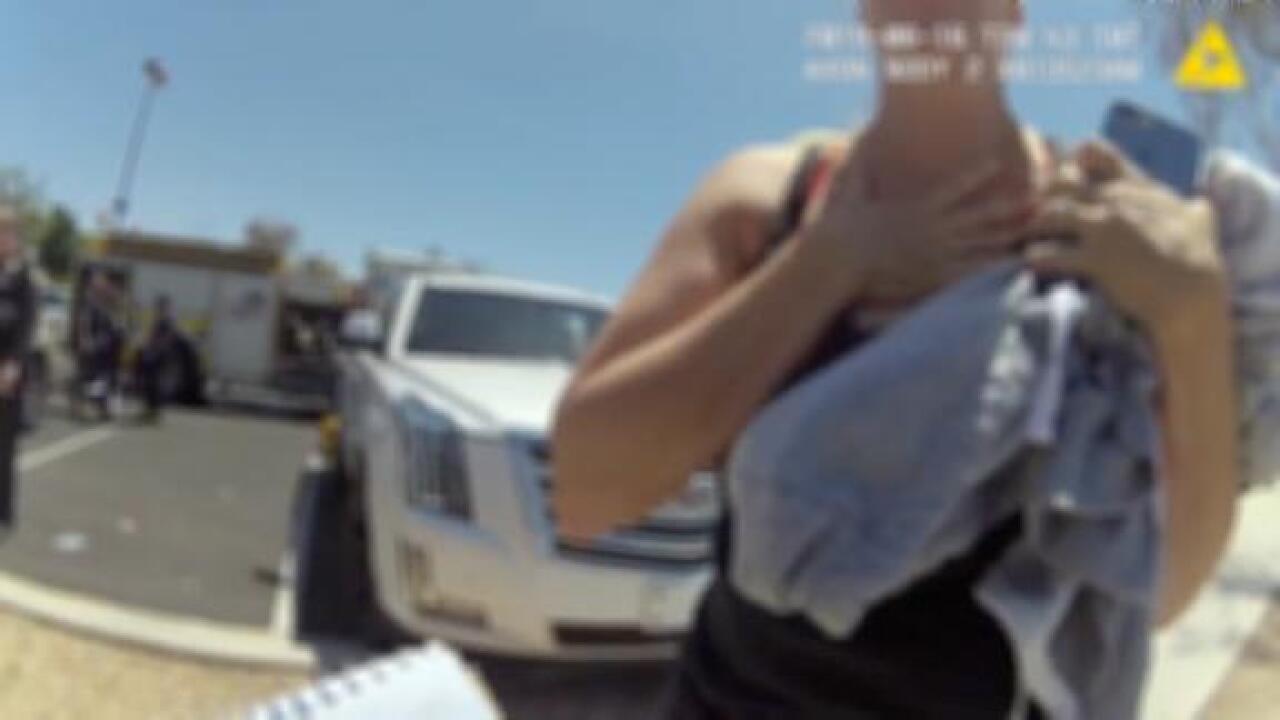 The mother had been in a store in Arizona for about 30 minutes, she told police, when she realized she’d left her 5-month-old in her hot car, bodycam footage of the June incident shows.

Stacey Holly, 37, tearfully told an officer in Goodyear that she accidentally left her daughter in the back seat as she, her sister and her 6-year-old daughter went into Target to shop, according to the recording.

She called 911 when she realized what she’d done, CNN affiliate KTVK reported. It was about 100 degrees Fahrenheit that day, police have said.

The 5-month-old ended up being OK, police said.

“I think that these people who do it who you see on TV, I’m like, ‘God, how stupid are they to leave their kids in the car?’ And then it happened,” Holly says.

Holly estimated she’d been in the store about a half-hour before remembering she’d left the baby, she tells an officer, the video shows.

“I can’t believe the kid survived that long,” a first responder at the scene says, according to the tape. “They probably had the car, like, ice cold before they parked. It’s all, I think, that probably saved the kid.”

Holly was charged June 16 with child abuse-recklessness and endangerment, according to police. She has pleaded not guilty, court documents show.

An officer involved in the case said he would note in his report Holly’s honesty, her remorse and the fact that she was up-front about what happened, the recording indicates.

She’s due in court September 19, with a trial set for December 3, court records show.

Holly’s attorney did not immediately respond to a request for comment.