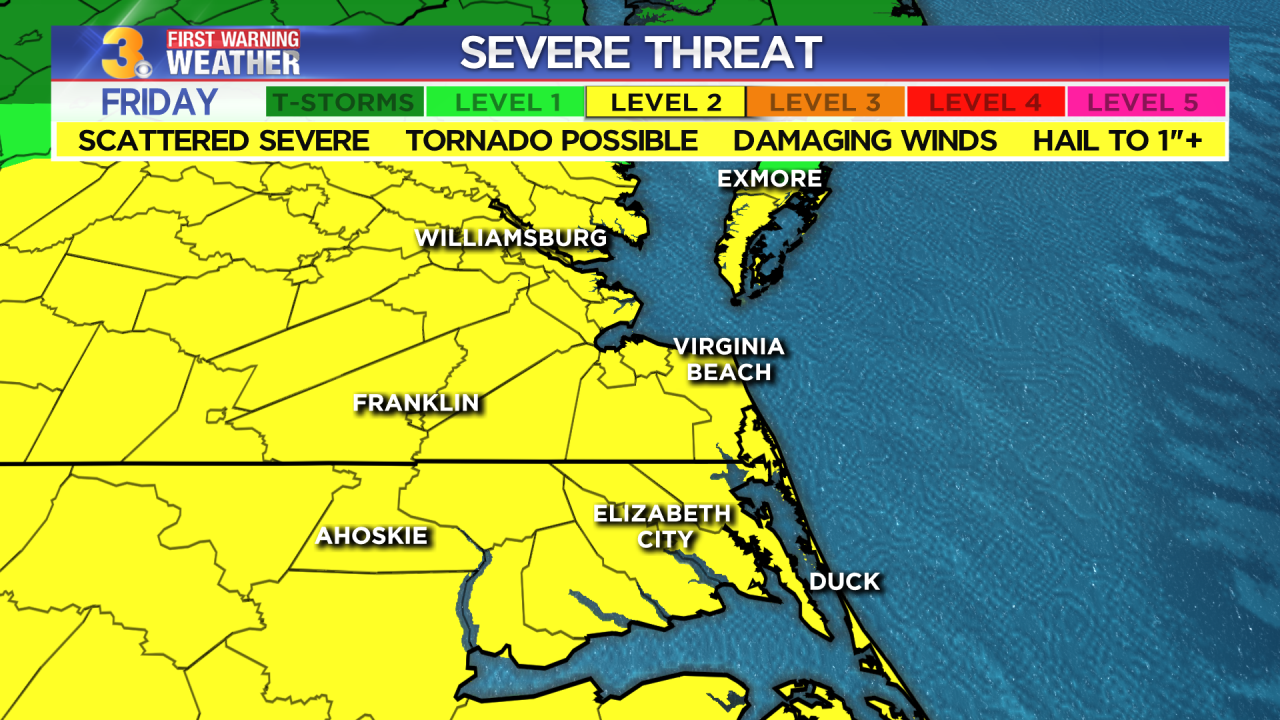 Severe storm and flash flooding risks… Heavy rain and thunderstorms will move in later today and tonight with a slow-moving cold front. Expect partly cloudy skies for the first half of today with low rain chances. Showers and storms will fire up and move in from NW to SE later this afternoon (mainly after 4 PM). Expect widespread rain and storms this evening and tonight. Severe thunderstorms are possible with gusty winds, heavy downpours, pockets of hail, and even isolated tornadoes. Flash flooding will be our biggest threat. Most of the area will see 1” to 2” of rainfall with locally higher totals possible.

The cold front will drift slowly to our south this weekend. Expect mostly cloudy skies on Saturday with on and off scattered showers. It will be much cooler and breezy on the north side of the front. Highs will only reach the upper 70s!

Some sunshine will mix in with the clouds on Sunday, but a scattered shower is still possible. Highs will return to the upper 70s. It will be windy with NE winds at 10 to 20 mph. We will warm back into the 80s (near normal for this time of year) early next week.

Tropical Depression Chantal lingers in the northern Atlantic. Chantal is likely to degenerate into a remnant low by tonight.

We are watching a weak area of low pressure near the southeastern coast of the Florida peninsula. The low is forecast to move near or over the Florida peninsula tonight, which should limit development during that time. Environmental conditions appear conducive for development once the system moves back over the Atlantic waters on Saturday. A tropical depression is likely to form this weekend or early next week while the low moves from near the coast of east-central Florida to offshore of the southeastern United States coast.