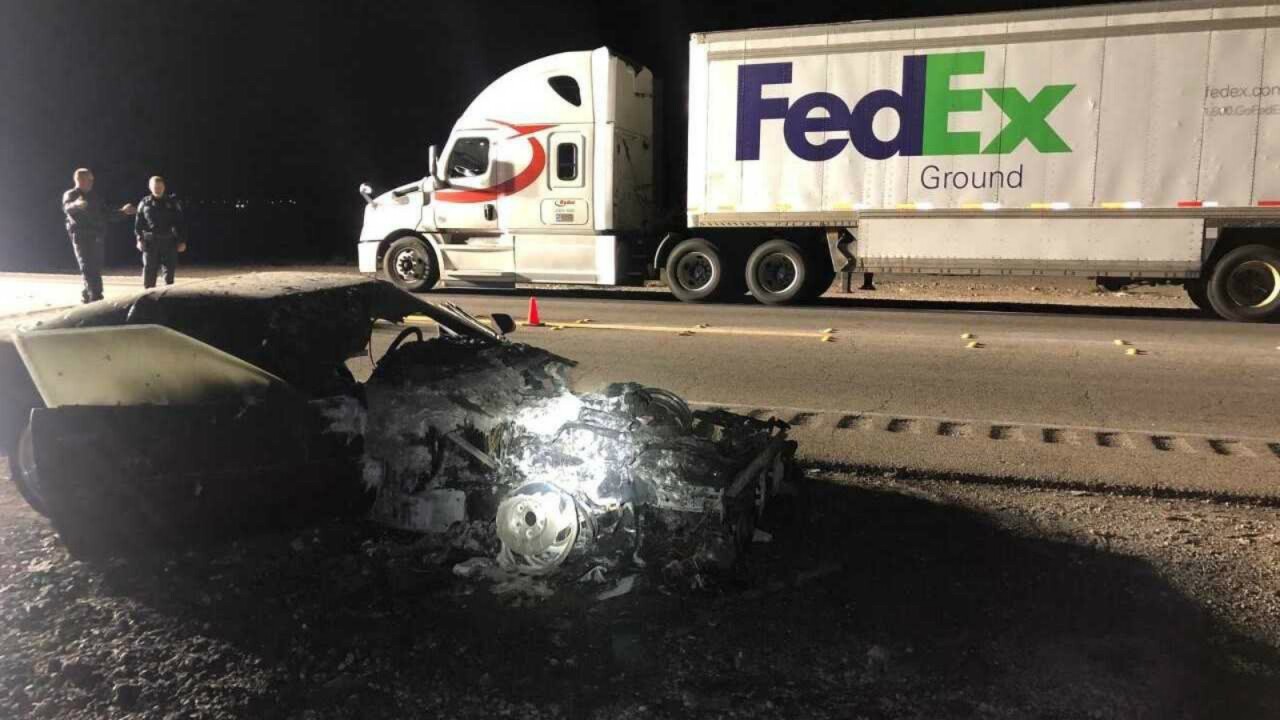 LAS VEGAS (KTNV) — A 60-year-old driver for Federal Express was killed last night while trying to help the driver of a Corvette, according to authorities.

The Nevada Highway Patrol reported the incident happened on Las Vegas Boulevard near Via Inspirada as a 1993 Chevy Corvette caught fire while traveling north on the boulevard.

The FedEx driver, later identified as John Stacey, saw the fire and jumped out with a fire extinguisher. He was crossing Las Vegas Boulevard when he was hit by a cement mixer.

The Pahrump resident was pronounced dead at the scene. The driver of the cement mixer stayed on scene and impairment did not appear to be a factor, according to NHP.