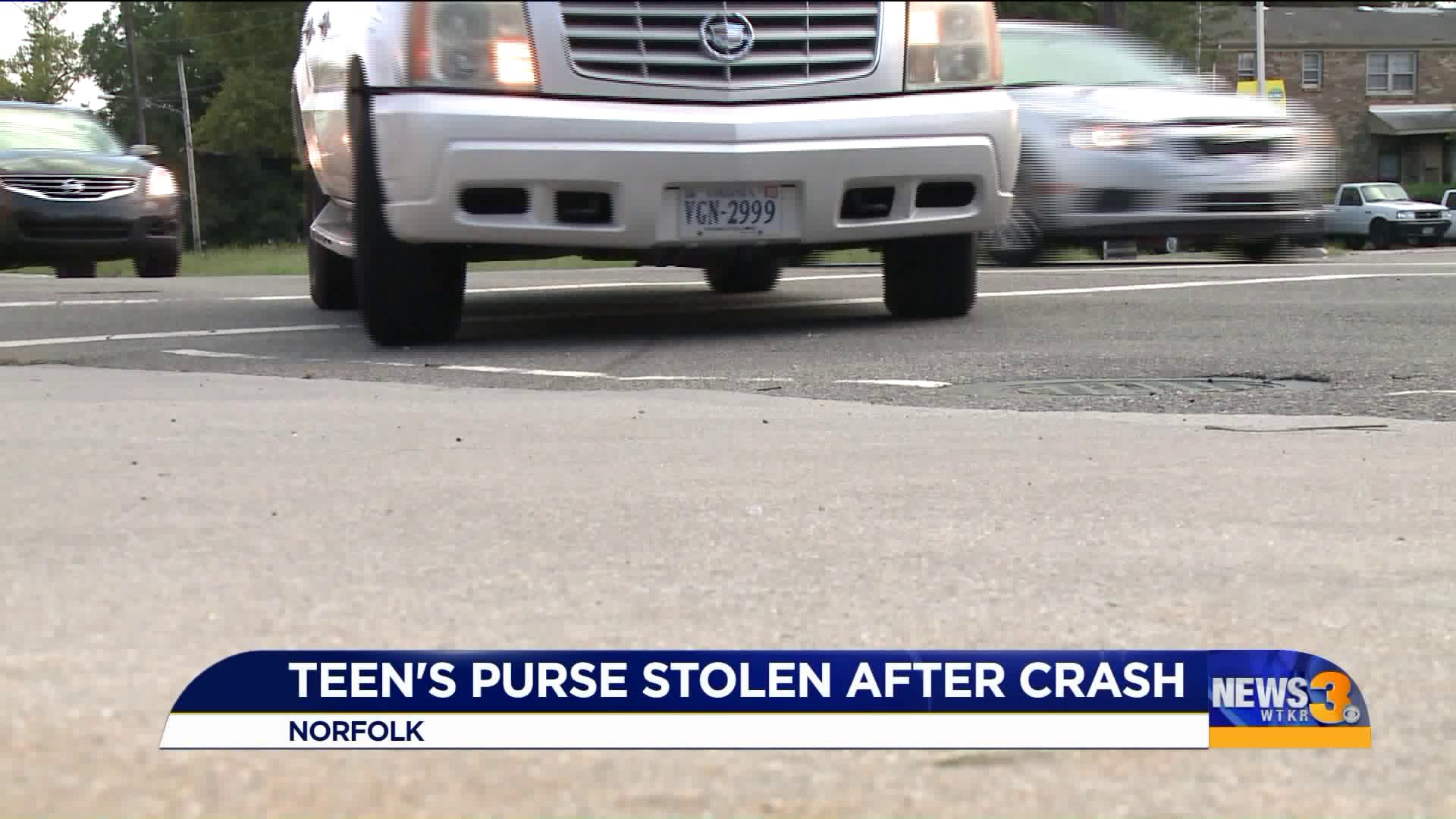 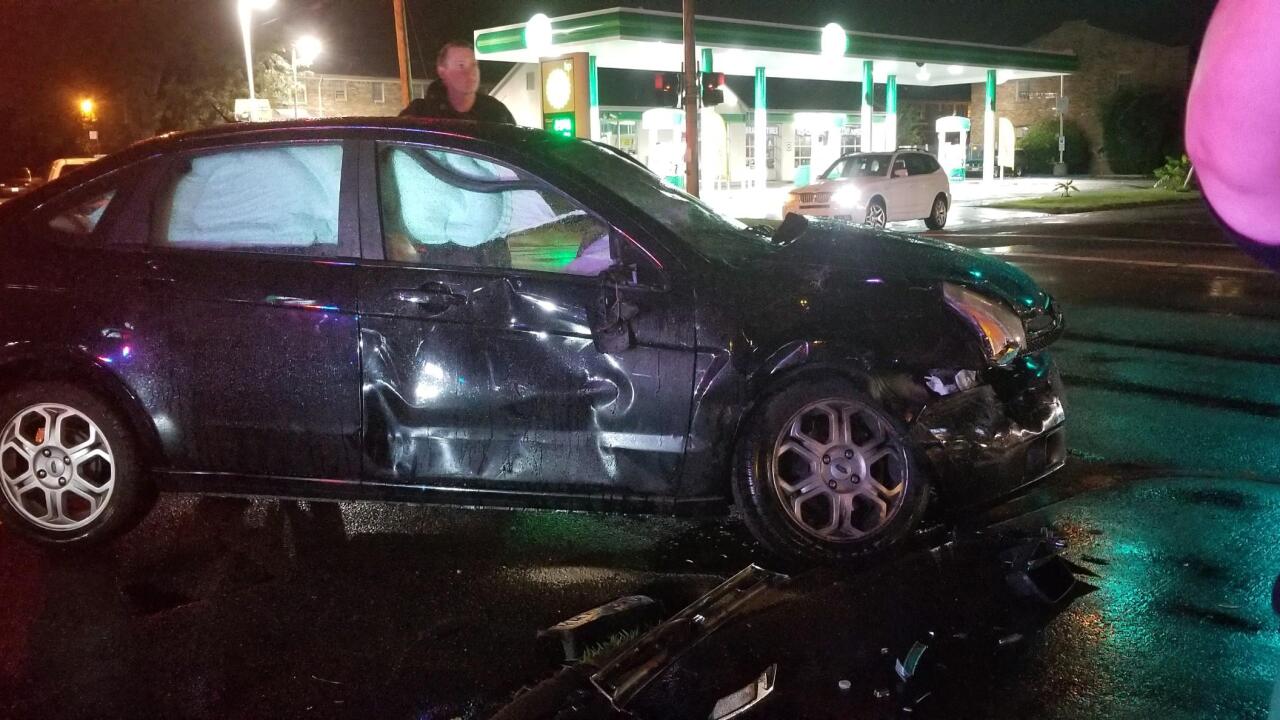 NORFOLK, Va. - A trusting teen said she was taken advantage of minutes after she and her friends were in a car crash.

While she was waiting for her mom, her purse was stolen.

The crash happened on a rainy Tuesday night at the intersection of Bayview and Chesapeake Boulevard.

"You never want to get a call from your child that they have been in an accident," Emily Morad, the teen's mom, said. However, that was the reality for Emily when her phone rang on Tuesday.

As she was rushing to get to the scene to check on her daughter and friends, the already bad night took a turn for the worse.

Emily's daughter, Keayrah, said she was approached by a woman she thought was a Good Samaritan. She said the lady offered to hold her purse and other belongings while she called her mom.

"I didn't ask for her name or anything. I kinda just went back to [my friends], and I turned around and she just wasn't there," Keayrah said.

Inside the bag was her late grandmother's bank card.

"It might sound like it doesn't mean a whole lot, but she was 5 when Grandma passed," Emily sighed. "There's not a lot of stuff that grandma gave her - had the opportunity to give to her - that she still has."

Related: 'I almost got killed' Man witnesses hit-and-run in Portsmouth

As the rain poured on the pavement and pain from the accident set in, Keayrah said she didn't see where the woman went. She said she's a very trusting person and doesn't know why someone would take advantage of her.

Emily said they reported it to officers on scene, but they didn't take an official report.

Norfolk Police tell News 3 that standard protocol during any accident is to document everything, including statements.