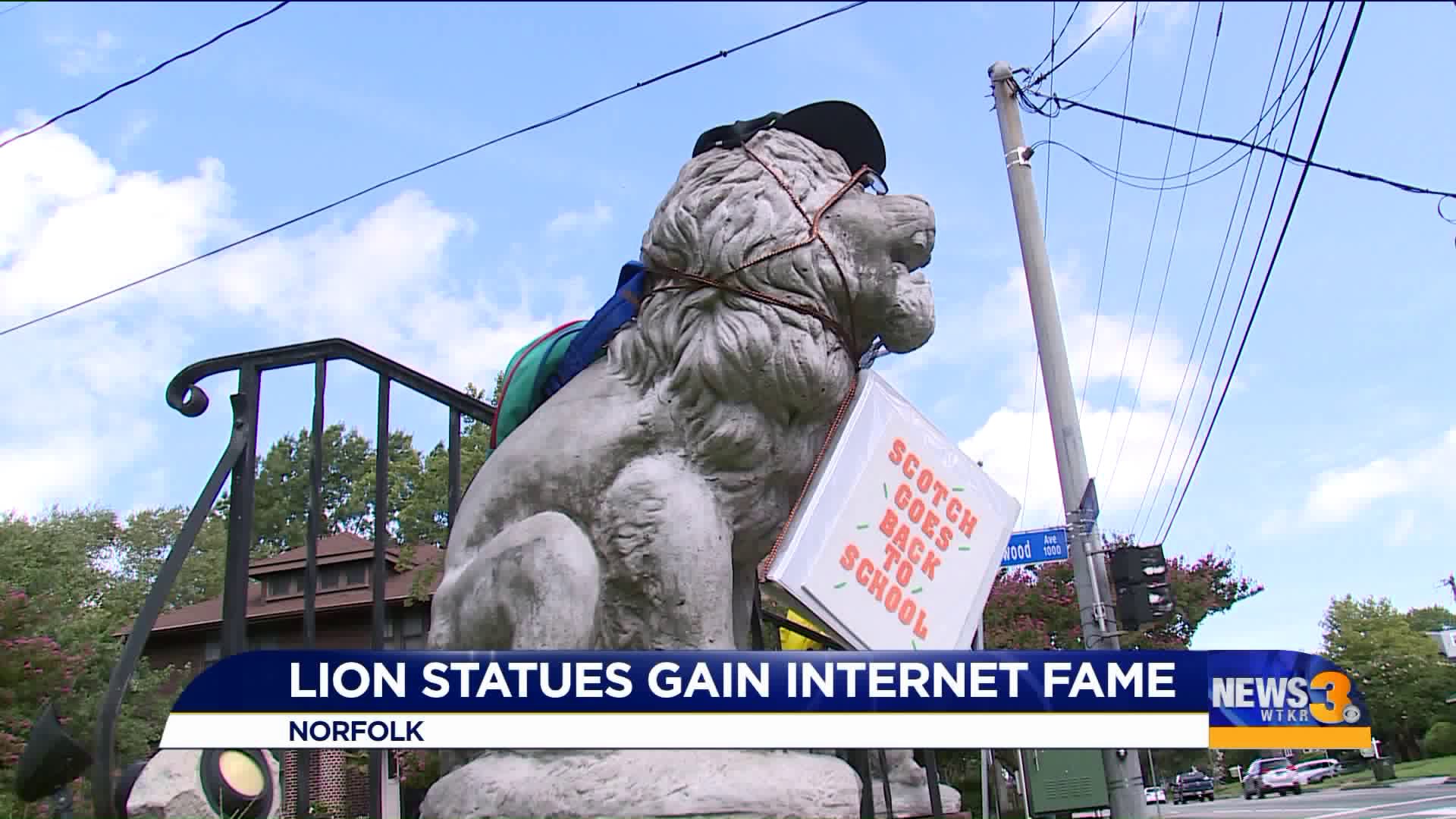 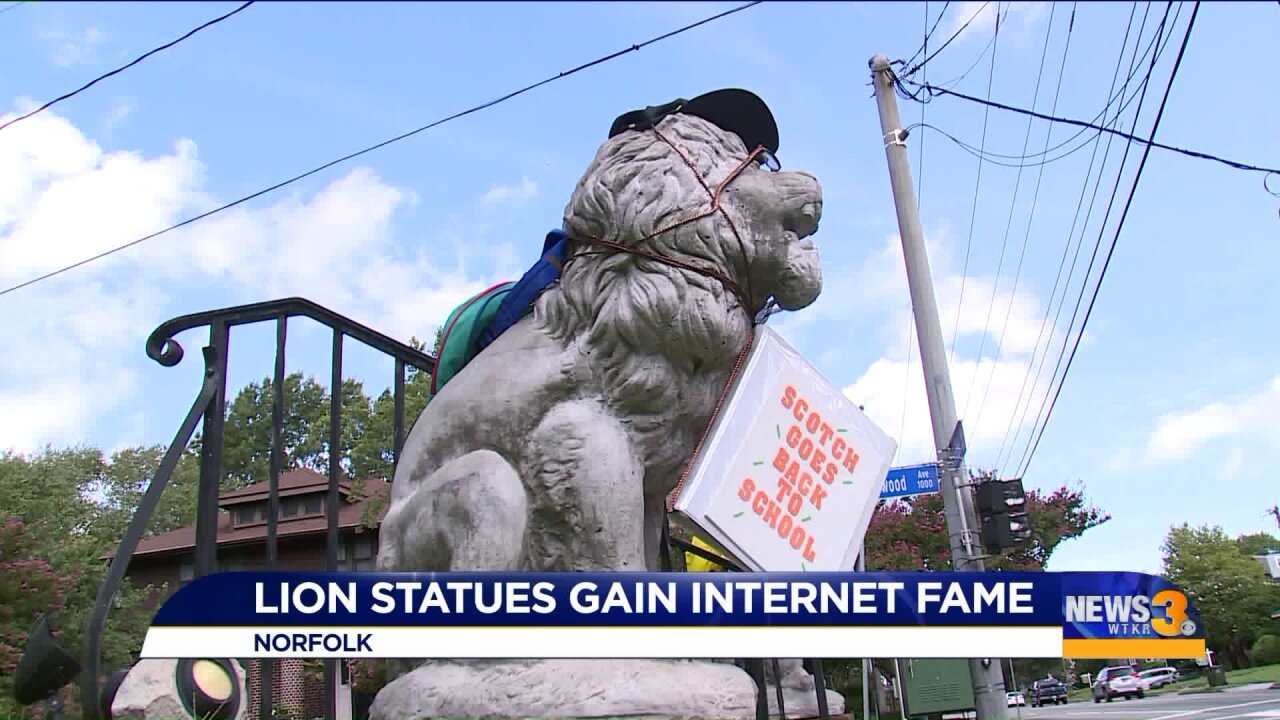 NORFOLK, Va. - Two stone lions stand watch over drivers on Hampton Boulevard. It turns out drivers are also watching over them.

"I went out to get the paper one morning and I saw something yellow around its neck. I thought, 'What is that?' and it was an envelope with a card in it," explained Sherman McDaniel. "The card was thanking me for brightening their day. They drive down Hampton Boulevard all the time, and the traffic makes them crazy. It's always refreshing and enjoyable to see what the lions are wearing."

McDaniel named the two stone lions on the walkway to her Norfolk home. Scotch and Soda came to the home when she moved there a few years ago. It's also when she started dressing them up for holidays and season changes.

"We kept coming up with ideas for costumes, but we were doing it for us," said McDaniel. "We had no idea that other people were getting the kick out of it that we were."

Letters soon began arriving to McDaniel's home, but they weren't addressed to her. They were addressed to the lions.

Most of the letters thanked her for dressing Scotch and Soda up, commenting on how their outfits make the drive to work and traffic more enjoyable. Other letters explained the impact the lions have on them. Below is a passage from one neighbor's letter:

"I am a neighbor that fights anxiety disorder. I pass by your house daily on my way to the bus stops. On these early morning walks, I practice gratitude, which helps as well as seeing Scotch and Soda. Thank you for the daily smile they put on my face."

The letters made McDaniel realize that her fun, family activity was having a major impact on the people around her.

"Every day is hard for everyone for different reasons. No one can appreciate what anyone else is going through. It's their thing, it's their journey, it's their life, it's their issue. But if there is one thing that I can do - to lift that cloud for just a second, to make someone stop and smile or just feel happy - then that’s why I'm here."

It's a responsibility she never thought she would have, but she doesn't mind.

"It makes me happy that I am making them happy."

Over the years, the lions have taken on the internet. They now have a Facebook page with thousands of fans from all around the country and world. They are also now listed on TripAdvisor as one of the most popular sites to visit in Norfolk -- something McDaniel is still stunned by.

"We’re number eight! Number eight on TripAdvisor on the things to see in Norfolk," she laughed. "There's a cannonball in St. Paul's Church,  but whatever makes people happy, I'm happy."

But it doesn't matter how many people learn about the lions. What's important to McDaniel's family is what the lions stand for.