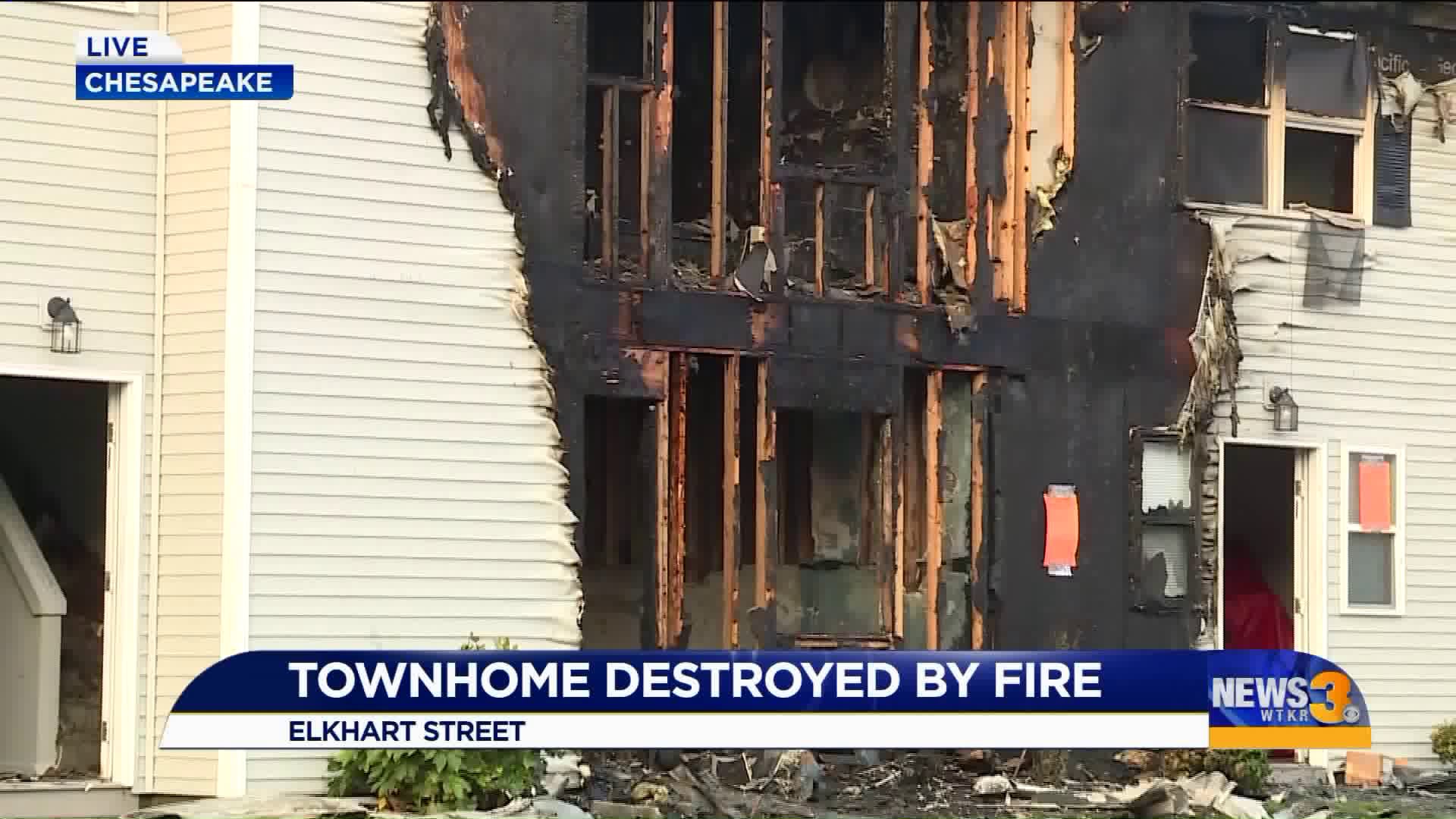 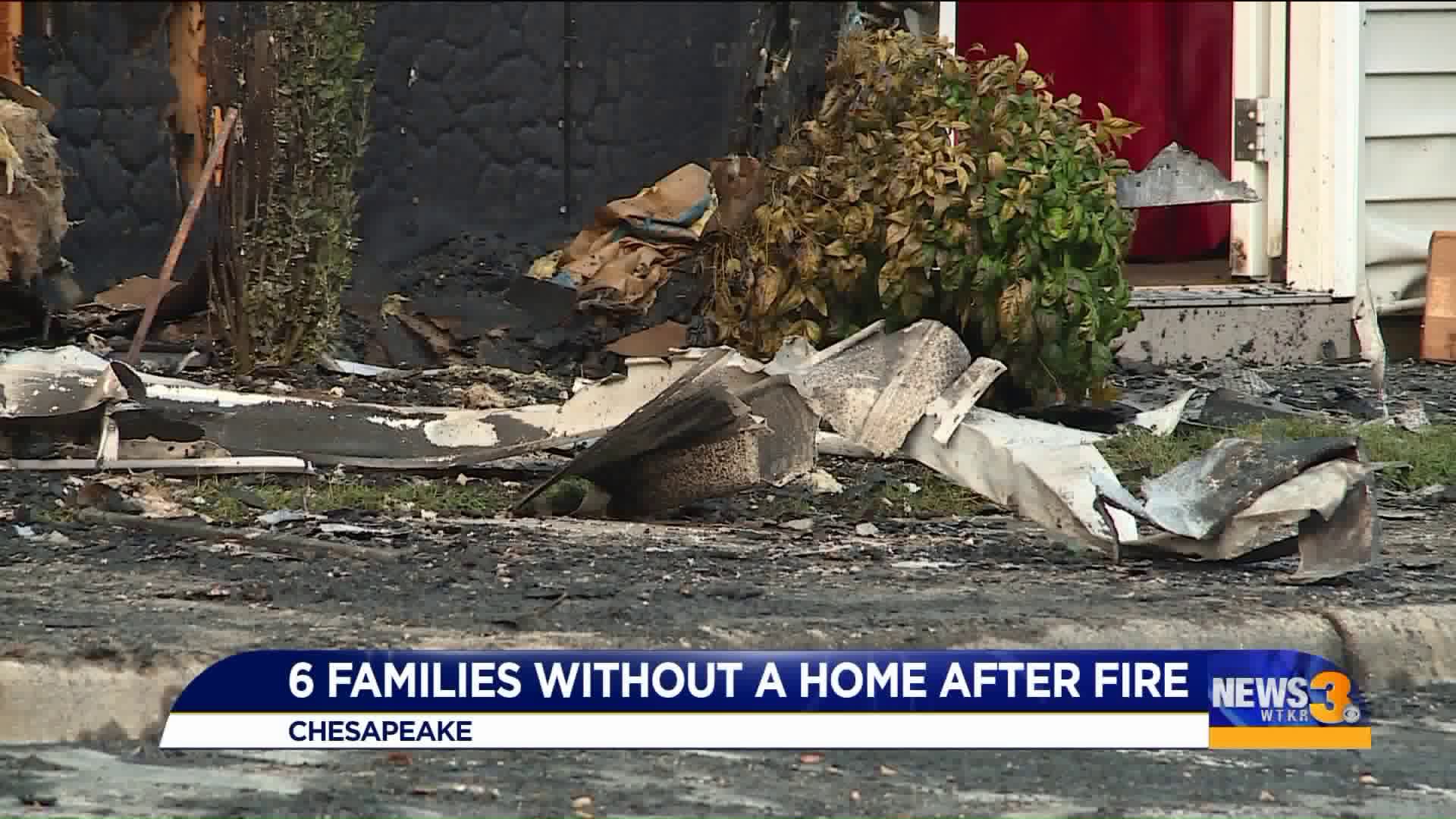 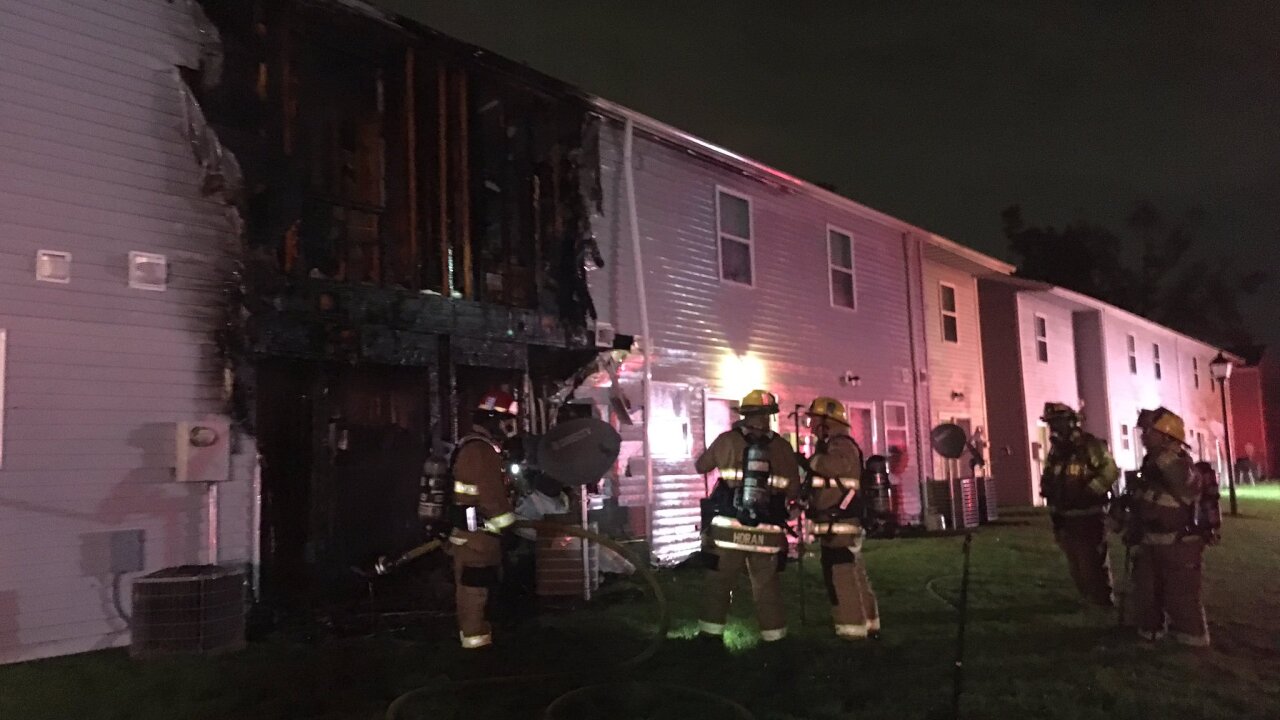 CHESAPEAKE, Va. - Five adults and 10 children are without a place to stay after a fire tore through townhouses in Chesapeake.

"We were inside when we came out. The house next door was already engulfed in flames [and] by the time we made it out, the windows were blasting out,"said Chantay Clark.

Clark lives next door to one of the townhomes that took the most damage. She and her family lost cars, furniture and everything inside.

"It's devastating. I've never been through this before. I don't wish this on my worst enemy - to see your house in flames and you can't do nothing. It's the worst feeling in the world," Clark said.

Fire crews were called to the 2700 block of Elkhart Street Thursday around 8 p.m. Officials say the fire was pushing through an attic and began to spread to nearby units.

One neighbor told News 3 she heard a loud "pop" of lightning Thursday night and when she went outside a short time later, she saw flames coming through the roof of the townhomes.

Related: 'I had no choice but to jump' Man describes terrifying moments of Norfolk fire

"The flames were huge. People were running out of the apartments with no shoes on; it went so quick," said neighbor Lindsi Usher.

"Everything was in flames. Smoke was everywhere. I went around to the back of the building and smoke was coming out the back, then it started spreading to the rest of the apartments. It was terrible," says Alice Martin, neighbor.

The fire was under control and put out around 10 p.m.

Neighbors tell us the family whose home took the brunt of the damage had only lived there two weeks.

Everyone was able to make it out safely with no injuries. The Red Cross is currently helping out the families.

Fire marshals told News 3 the cause of the fire was accidental and started from the stove. They say the occupant of the home was cooking and fell asleep.

RIGHT NOW: 15 people including 10 children are without a place to stay this morning after a fire rips through #Chesapeake townhomes Thursday night. https://t.co/GjmoaQUhS4 pic.twitter.com/wiXurkTzAO