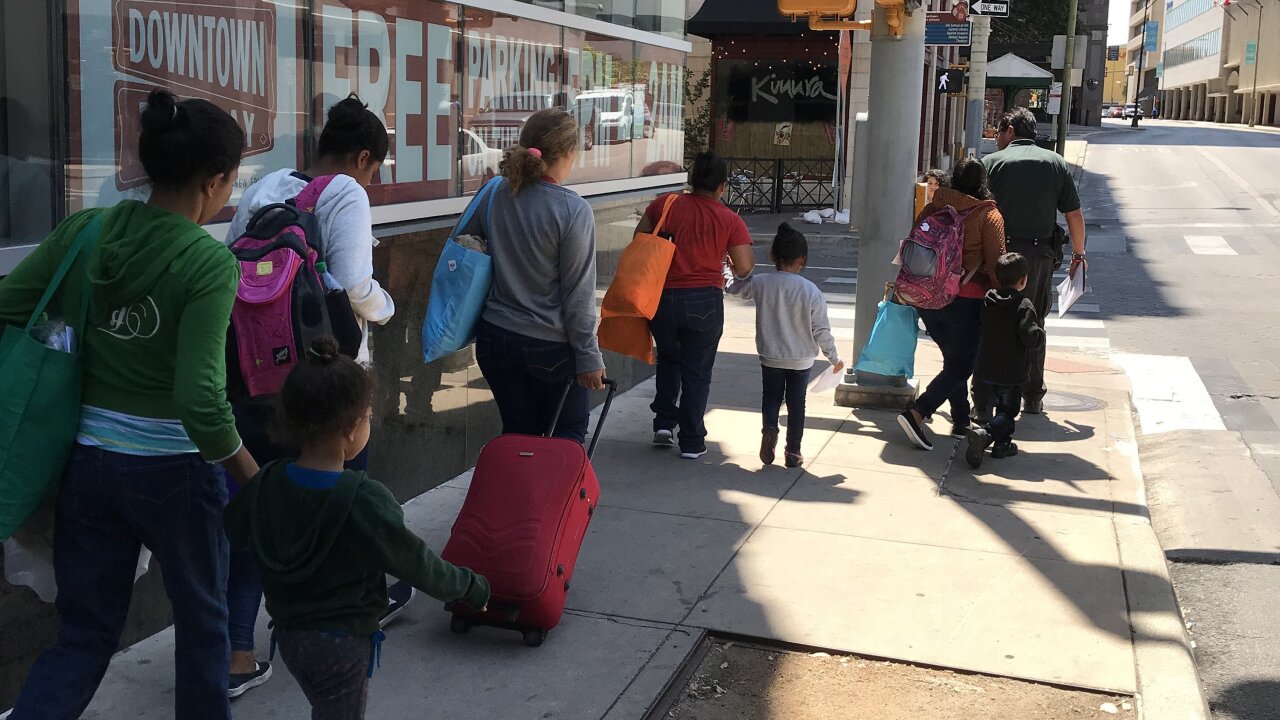 The Trump administration on Wednesday announced plans that could hold undocumented families detained together indefinitely, replacing the decades-old agreement that set a 20-day limit for holding children.

The Trump administration on Wednesday announced plans that could hold undocumented families detained together indefinitely, replacing the agreement that set a 20-day limit for holding children.

The rule unveiled by acting Homeland Security Secretary Kevin McAleenan is part of the administration’s aggressive effort to revamp immigration laws as the number of families and unaccompanied minors crossing the US-Mexico border has increased.

In recent months, the administration has proposed rules that could make it more difficult for immigrants to get green cards, worked to end temporary protected status for migrants from certain countries and limit avenues to declare asylum.

The Trump administration on Wednesday announced plans that could hold undocumented families detained together indefinitely, replacing the decades-old agreement that set a 20-day limit for holding children.

Under what is known as the Flores settlement, the government is required to release a minor from a non-licensed facility as expeditiously as possible, which has been set at 20 days.

McAleenan said the rule is meant to reduce the number of families trying to enter the US.

“By closing this key loophole in Flores, the new rule will restore integrity to our immigration system and eliminate the major pull factor fueling the crisis,” he said at a news conference Wednesday.

The proposal would give the government new licensing authority, allowing the use of either a state license or Immigration and Customs Enforcement detention standards, according to a DHS official, meaning families can be kept longer than 20 days.

The regulation is certain to face legal challenges and must also be examined by the judge who oversees the Flores settlement. It will take effect 60 days after it is formally published later this week.

“This is yet another cruel attack on children, who the Trump administration has targeted again and again with its anti-immigrant policies,” said Madhuri Grewal, policy counsel for the American Civil Liberties Union. “The government should not be jailing kids, and certainly shouldn’t be seeking to put more kids in jail for longer.”

There has been a major influx of families and children apprehended at the southern border in recent months. Already this year, more than 430,000 family members have been arrested for crossing the southern border illegally, compared to around 100,000 for all of last year.