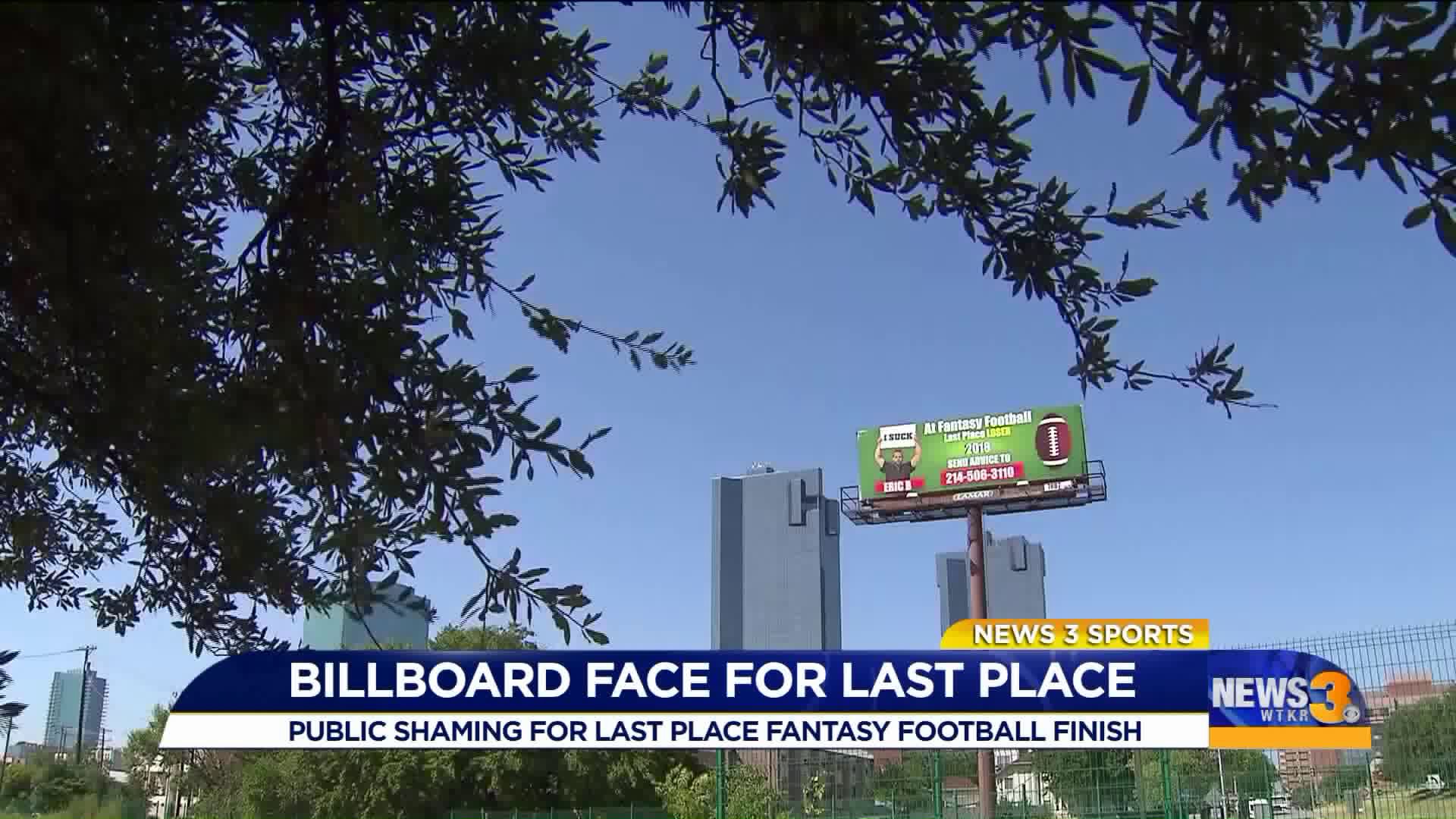 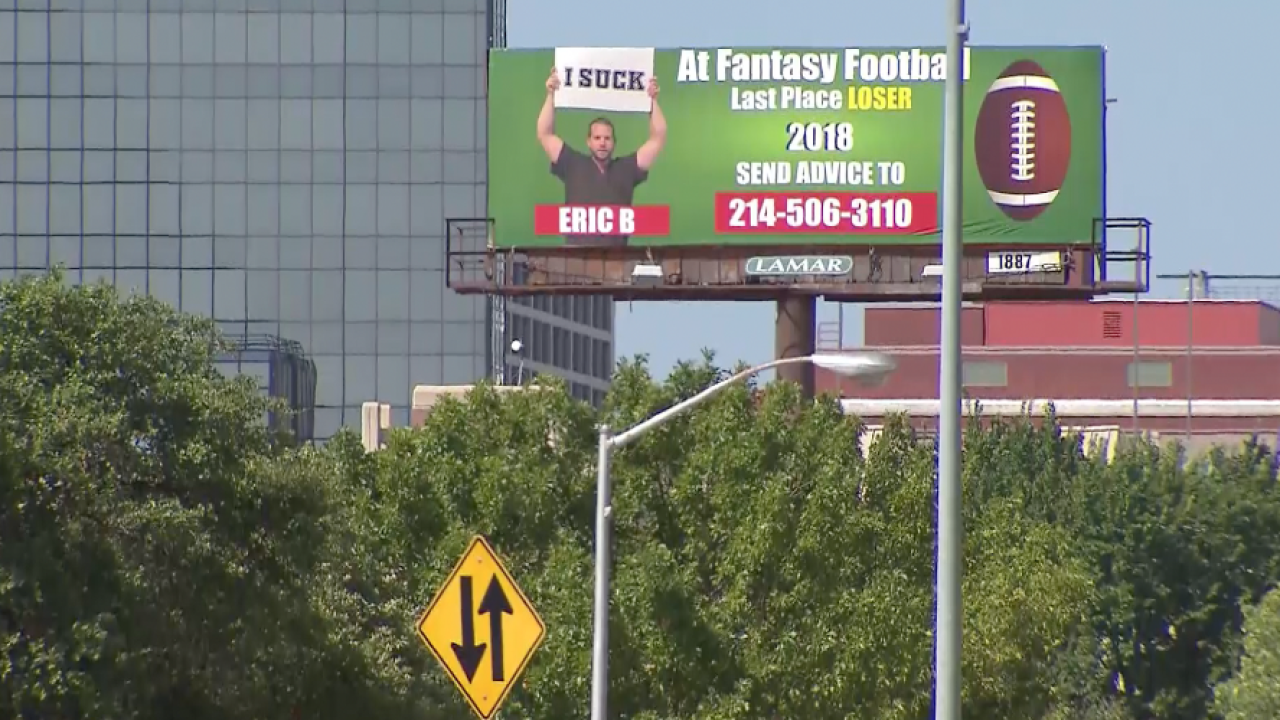 As a result of his last place finish in an 11-team fantasy football league last season, Eric B. is being punished by public shaming. A billboard located just east of downtown Fort Worth shows a man going by “Eric B.” with the words, “I suck at Fantasy Football. Last place LOSER 2018.”

The billboard, which - according to CBS affiliate KTVT cost about $1,200 and it will stay up for 30 days, also asks people to send their advice to Eric B. via the number posted on the billboard. Eric B. says the members of his league all agreed a billboard shaming the cellar-dwelling loser would be the appropriate punishment.