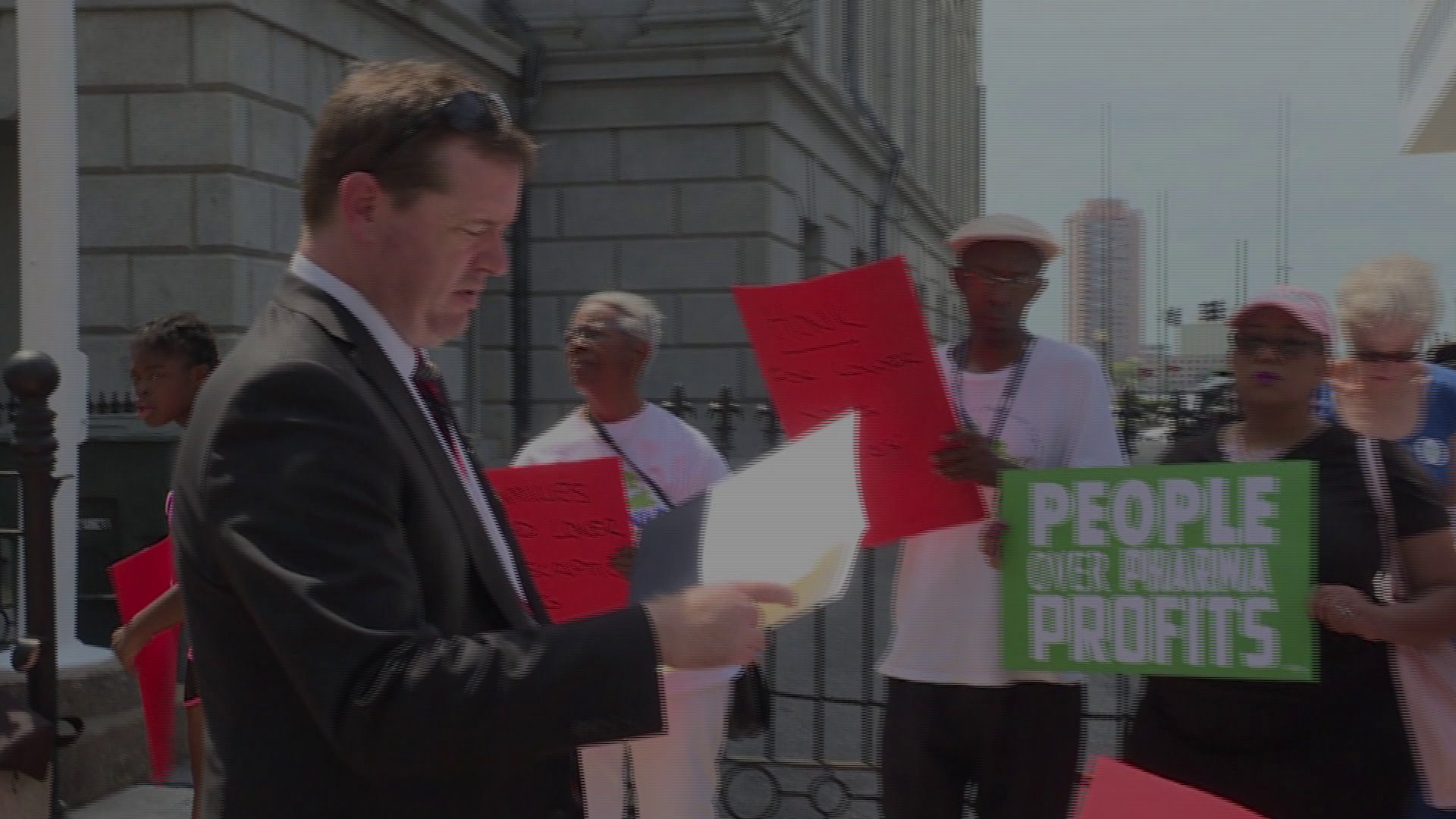 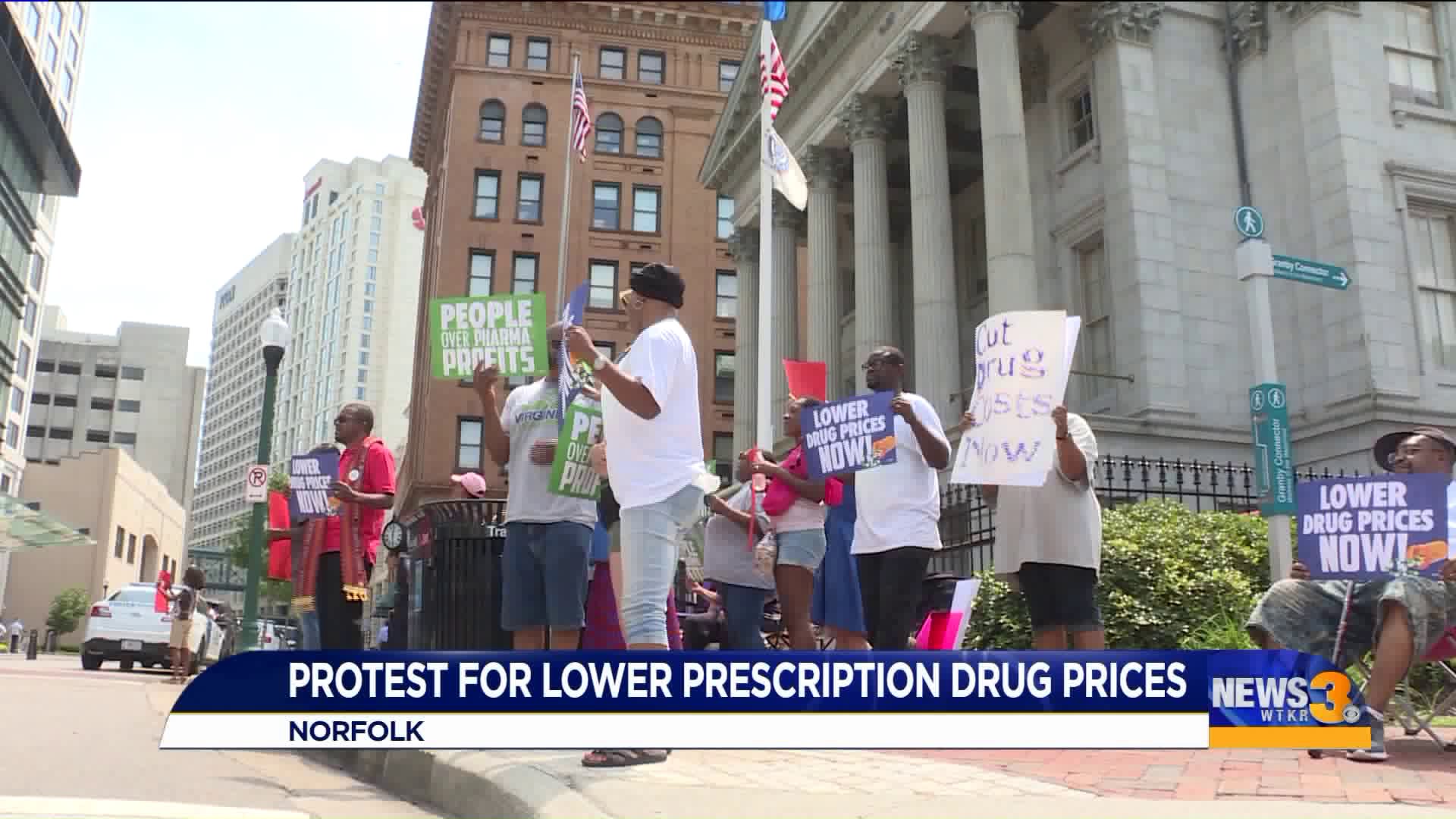 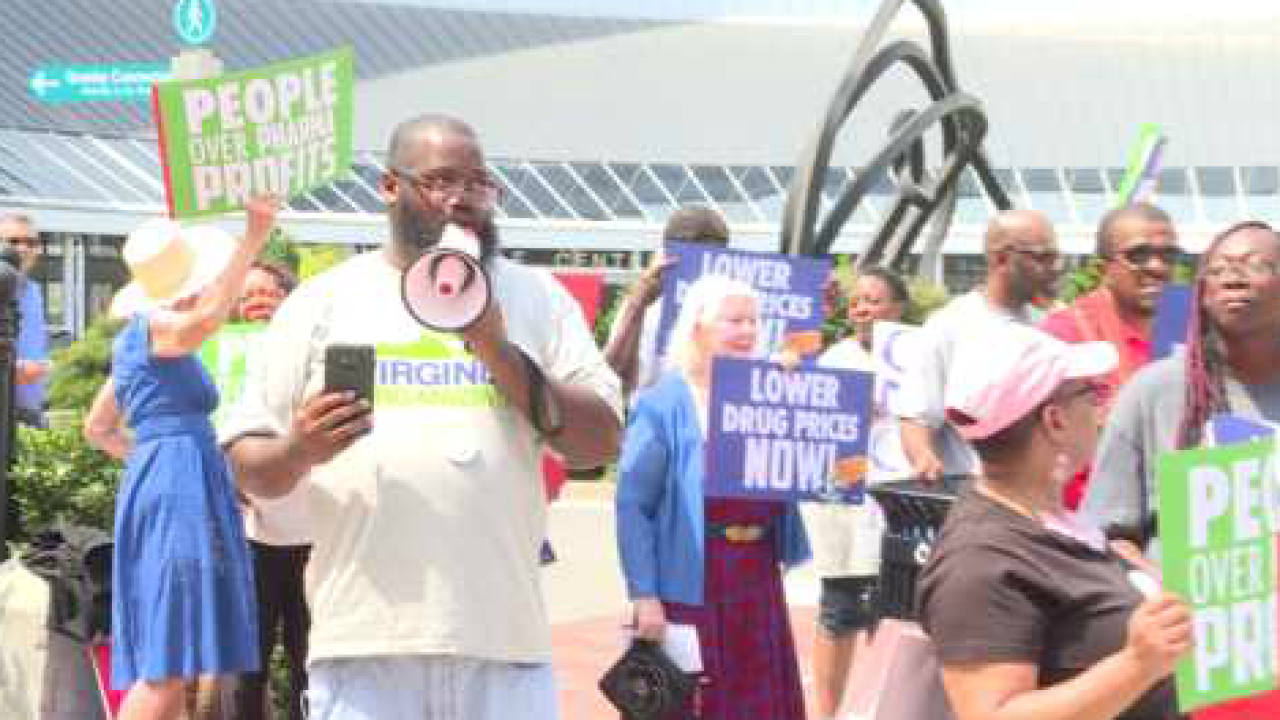 The activists are members of the group Virginia Organizing. They chanted and held signs as they made their demands.

The protest was just one of several planned across the nation to demand easier access to pharmaceutical drugs and treatments.

Terry White, one of the activists, said he went through cancer and multiple heart problems. He said his life would be in danger if he did not have a way to pay for his medicine.

"I qualify for the Virginia medicaid expansion; thank God for that. It was a lot better," White said. "If I had to pay for that stuff completely, it would be a mess. I wouldn't be here without that medication."

Senator Warner's Regional Director, Drew Lumpkin, read a letter from Warner to the activists. He said Warner is co-sponsoring a bill that would allow Medicare to negotiate lower prescription drug prices and shared the activists' concerns. You can hear the letter in its entirety below.