NYPD officer accused of choking Eric Garner has been dismissed 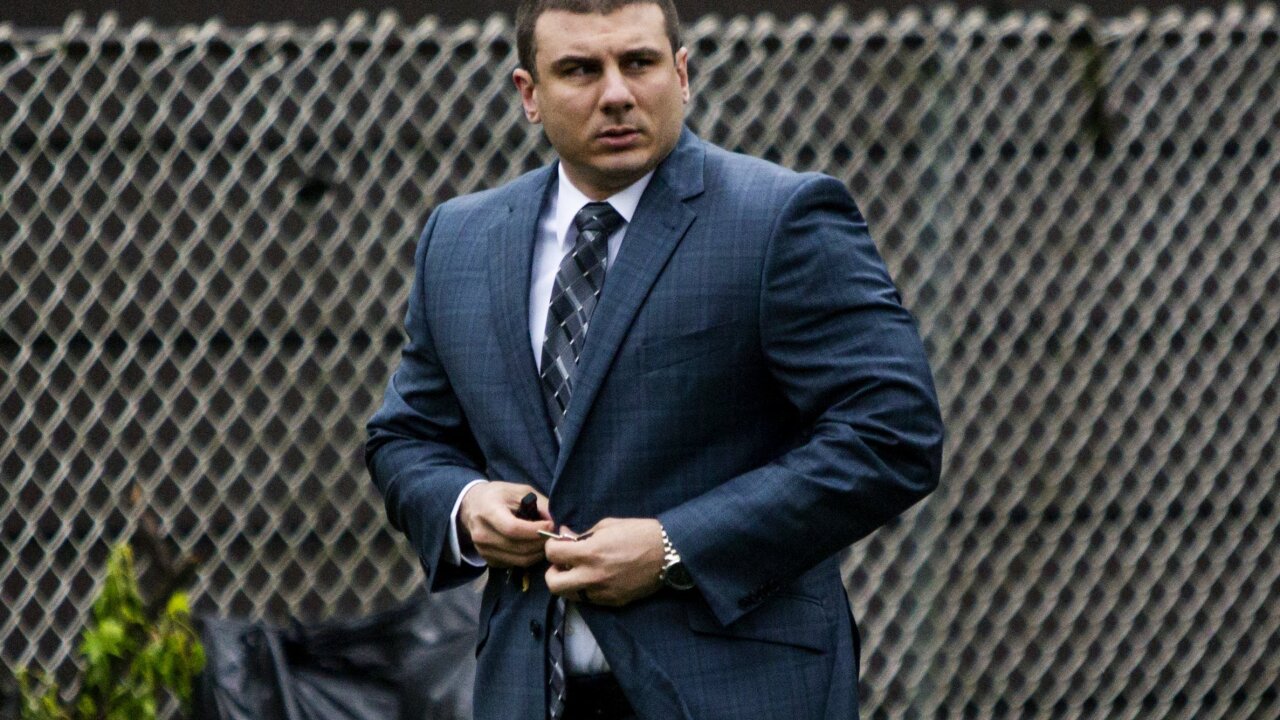 New York Police Department Officer Daniel Pantaleo should be terminated following his controversial involvement in the death of Eric Garner, a departmental administrative judge officially recommended, according to source with direct knowledge of the decision.

The New York police officer accused of fatally choking Eric Garner in 2014 has been dismissed and will not receive his NYPD pension, Commissioner James O’Neill said Monday.

New York Police Department Officer Daniel Pantaleo should be terminated following his controversial involvement in the death of Eric Garner, a departmental administrative judge officially recommended, according to source with direct knowledge of the decision.

“It is clear that Daniel Pantaleo can no longer effectively serve as a New York police officer,” he said.

Officer Daniel Pantaleo was found guilty in a disciplinary trial earlier this month of using a chokehold on Garner, the New York man whose final words, “I can’t breathe,” became a rallying cry for the Black Lives Matter movement.

The departmental administrative judge officially recommended Pantaleo be fired. O’Neill, an officer for 34 years, cited that recommendation repeatedly in his announcement on Monday, but he said it was still not an “easy decision.”

“Had I been in (Pantaleo’s) situation, I may have made similar mistakes,” he said.

O’Neill said contributions Pantaleo has already made toward his pension will be returned to him.

O’Neill had been expected to follow the recommendation, a senior law enforcement official said then. Pantaleo had been suspended pending the commissioner’s decision, the NYPD spokesman said.

The decision comes more than five years after police tried to arrest the 43-year-old father of six, who was allegedly selling loose cigarettes illegally on Staten Island. In video of the arrest, Pantaleo can be seen wrapping one arm around Garner’s shoulder and the other around his neck before jerking him back and pulling him to the ground.

The “I can’t breathe” phrase reflected the suffocating frustration with what activists said was a lack of police accountability after police killings of unarmed African Americans. The phrase was widely heard and seen at protests, and NBA stars like LeBron James bore the message on T-shirts in support of the cause.

Judge recommended he be fired

The departmental disciplinary trial focused on whether Pantaleo used a department-banned chokehold in the arrest.

The city medical examiner’s office ruled Garner’s death a homicide in the days after his death, and the medical examiner testified that Pantaleo’s alleged chokehold caused an asthma attack and was “part of the lethal cascade of events.”

Pantaleo denied that he used the maneuver, but Deputy Commissioner of Trials Rosemarie Maldonado ruled that a chokehold triggered a series of events that culminated with Garner’s death, according to the report, which CNN obtained from a source familiar with the matter.

“Here, (Pantaleo’s) use of a chokehold fell so far short of objective reasonableness that this tribunal found it to be reckless — a gross deviation from the standard of conduct established for a New York City police officer,” Maldonado wrote. “Moreover, (Pantaleo’s) glaring dereliction of responsibility precipitated a tragic outcome.”

Despite the disciplinary trial, Pantaleo has avoided criminal charges in the death. A grand jury in New York declined to indict the officer in 2014, and the city of New York settled with Garner’s estate for $5.9 million in 2015. The Justice Department declined to bring federal civil rights charges last month.