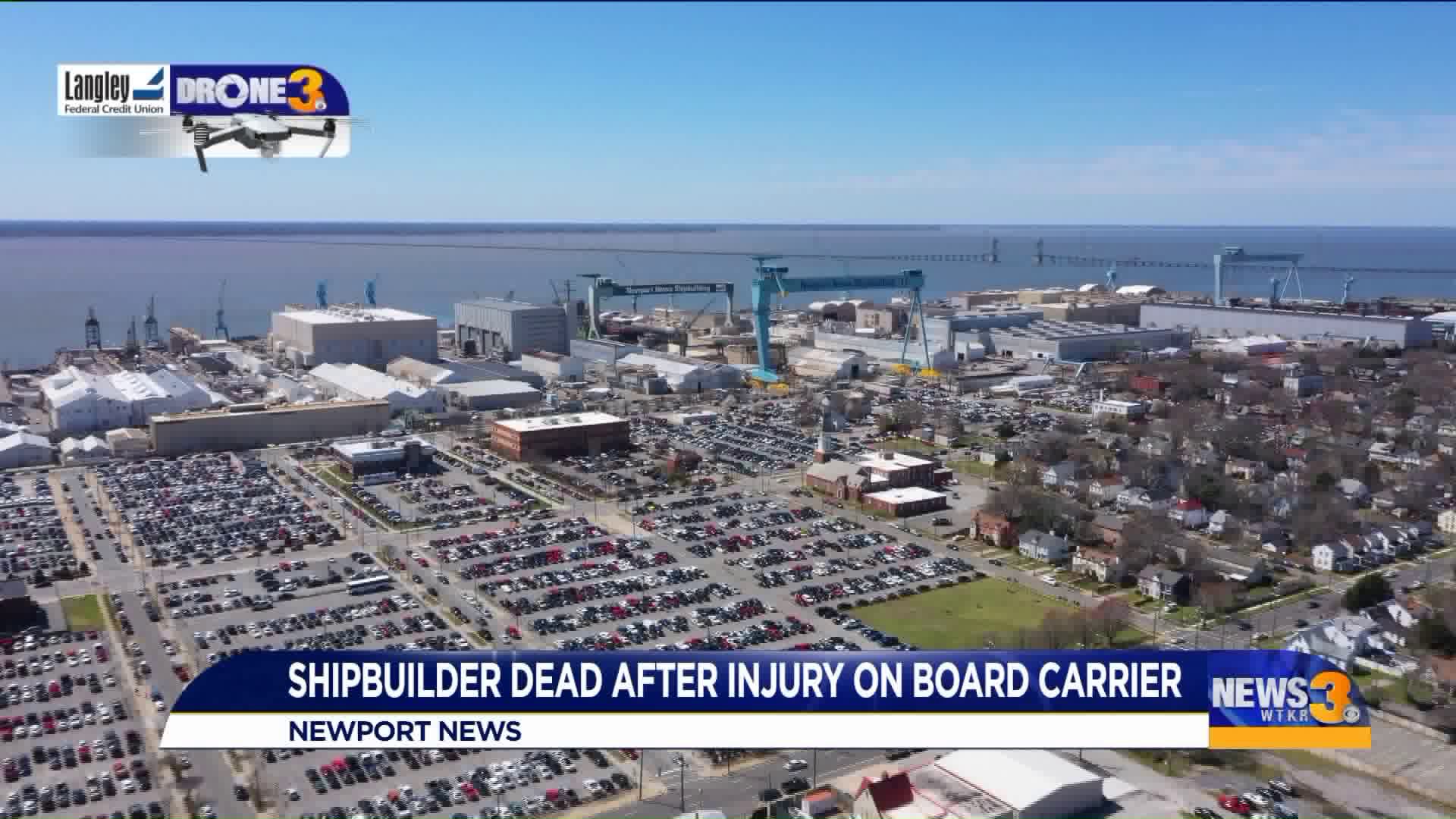 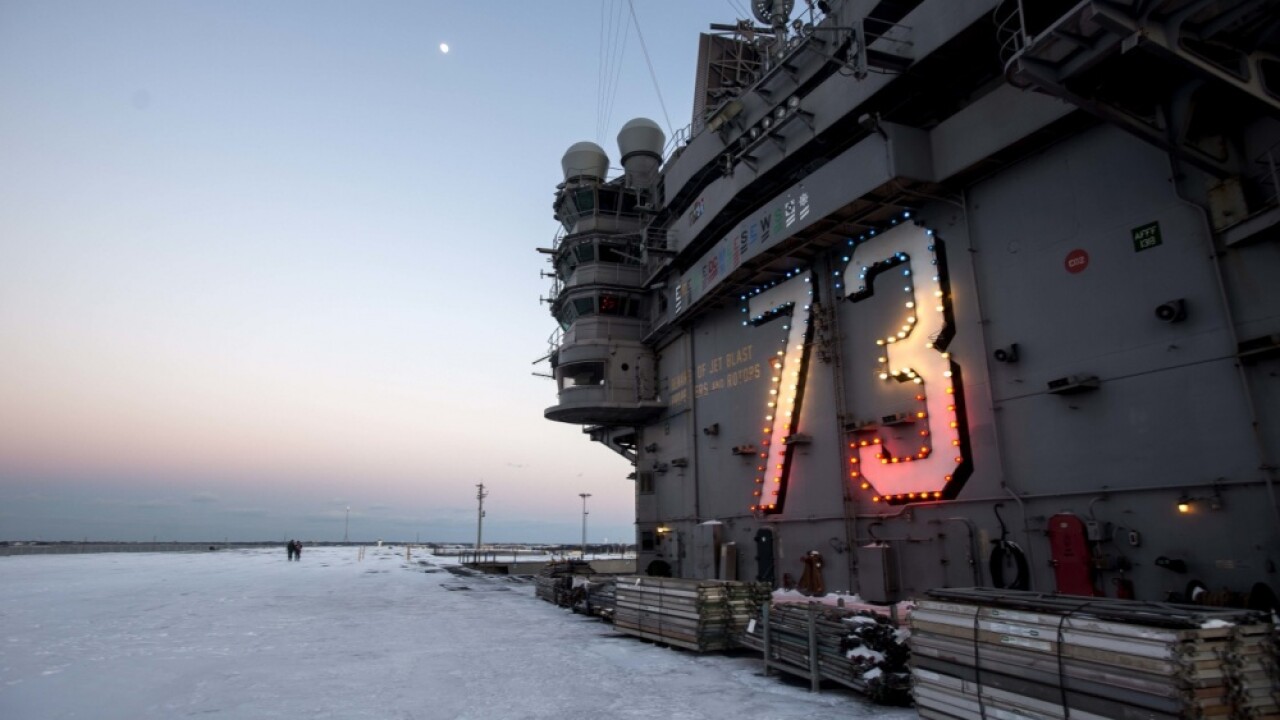 NEWPORT NEWS, Va. - A Newport News Shipbuilding employee who was assigned to work on the USS George Washington (CVN 73) died during a work accident Monday.

Newport News Shipbuilding President Jennifer Boykin said while they believe the male employee fell while working in a tank, the investigation is still in its early stages.

The employee was a construction supervisor with 39 years of shipyard service.

Boykin sent the following email to employees after the incident:

I have some very sad news to share.  This afternoon, we lost one of our fellow shipbuilders. A construction supervisor with 39 years of shipyard service was fatally injured while working on USS George Washington (CVN 73) at Newport News Shipbuilding. We believe he fell while working in a tank, but we are still very early into the investigation. Rescue and response personnel from the shipyard and the U.S. Navy worked very hard in the rescue effort. Tragically, this effort was unsuccessful. We are continuing to work hard to recover our fellow shipbuilder from the tank with assistance from the City of Newport News.

Our main focus right now is on this recovery effort.  More information will be provided as it becomes available. Please keep our fellow shipbuilder in your thoughts and prayers.

On Tuesday, the employee was identified as Tim Ewing.

Boykin said she has asked that the shipyard flags be flown at half-mast for the rest of the week and that at 11 a.m. on Friday, August 23, they will sound the shipyard whistle for 39 seconds in recognition of Ewing's 39 years of service to the company.

Below is an updated statement Boykin issued Tuesday, in which she mourned the loss of Ewing and shared fond memories of him:

I want to provide an update about yesterday’s heartbreaking fatality. This remains an active investigation, and we are cooperating with OSHA’s investigation and conducting our own so that we can prevent a tragedy like this from ever happening again. My message to you today, however, isn’t about the accident itself. Once the investigations are complete, we will be able to share more. Today is about mourning the loss of a friend and coworker who embodied the traits of what it means to be a kind shipbuilder – someone who put his coworkers first, regularly donating his paid time off to those who needed it.

After making notifications to the family yesterday, we have received their permission to share with you that our fellow shipbuilder Tim Ewing lost his life yesterday doing the job he loved and for which he had become known. He served our company admirably for 39 years and was recognized for his work ethic, meticulous inspections and preparation for tank closeouts on aircraft carriers.

Tim was a member of Chestnut Memorial United Methodist Church – his childhood church – where he served as a member of the Board of Trustees. In his younger days, he was active in the Boy Scouts, earning the rank of Eagle Scout, and remained passionate about scouting throughout his life. He enthusiastically served as a liaison between the shipyard and the Scouts, coordinating Boy Scout volunteers for our ship christening events. He was also awarded the Distinguished Eagle Scout national award last year, and just last week, Tim’s leadership team presented him with an ethics award for “credibility in his actions, honesty and never quit attitude.”

Words cannot express the sadness we all feel today and will continue to feel in the days ahead. We have grief counselors onsite this week, and I encourage anyone who needs to talk to them to please do so. As we reflect on this tremendous loss, I have asked that our shipyard flags be flown at half-mast throughout the rest of the week. In recognition of Tim’s 39 years of distinguished service to our company, and his dedication to Newport News Boy Scout Troop 11, we will also sound the shipyard whistle at 11 a.m. on Friday, August 23, for 39 seconds.

Please join me remembering Tim and keeping his family, friends and coworkers in your thoughts and prayers.