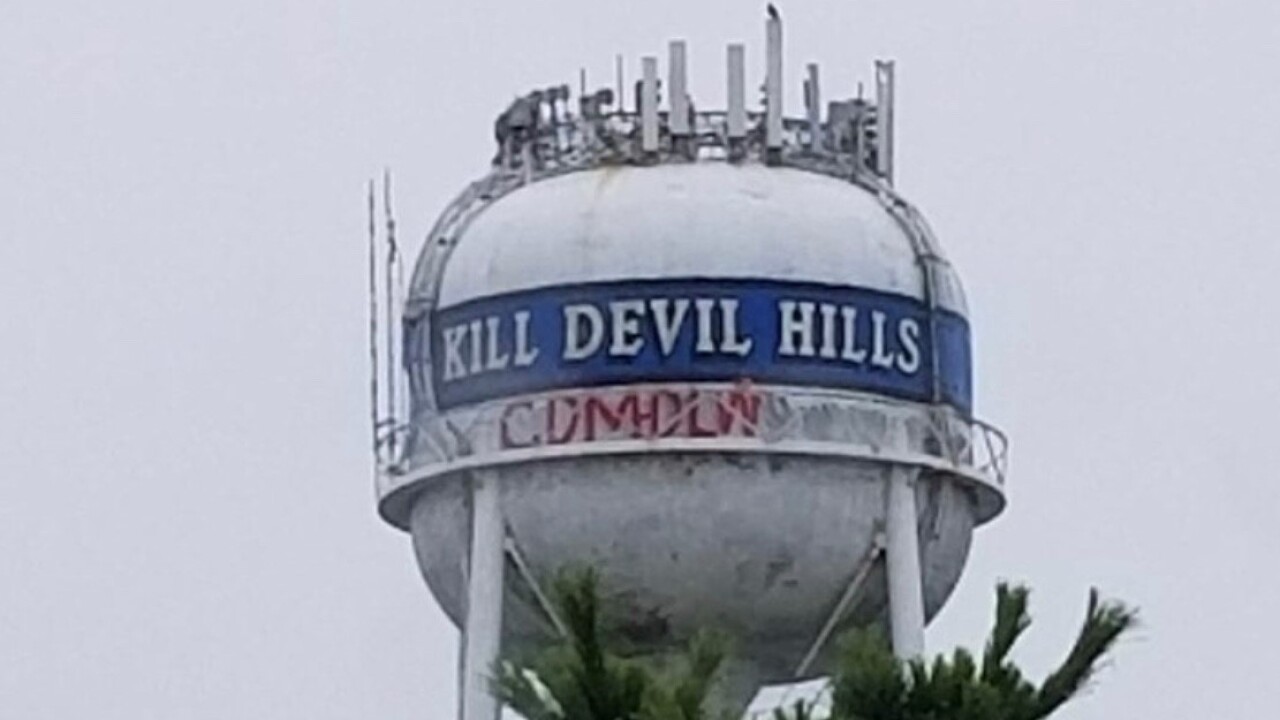 Six red letters were painted on the tower, but they have since been painted over.

The town clerk said security measures were in place, and due to the site being a construction zone for a new elevated water tank, there were video cameras filming.

However, the cameras did not capture whoever painted the letters on the tower.

Related: Norfolk woman’s car window smashed by vandals; instead of pressing charges, she wants to help

The Kill Devil Hills Police Department provided a photo of the tower after it had been vandalized. It is unclear if the letters spelled anything or if they were just painted at random.