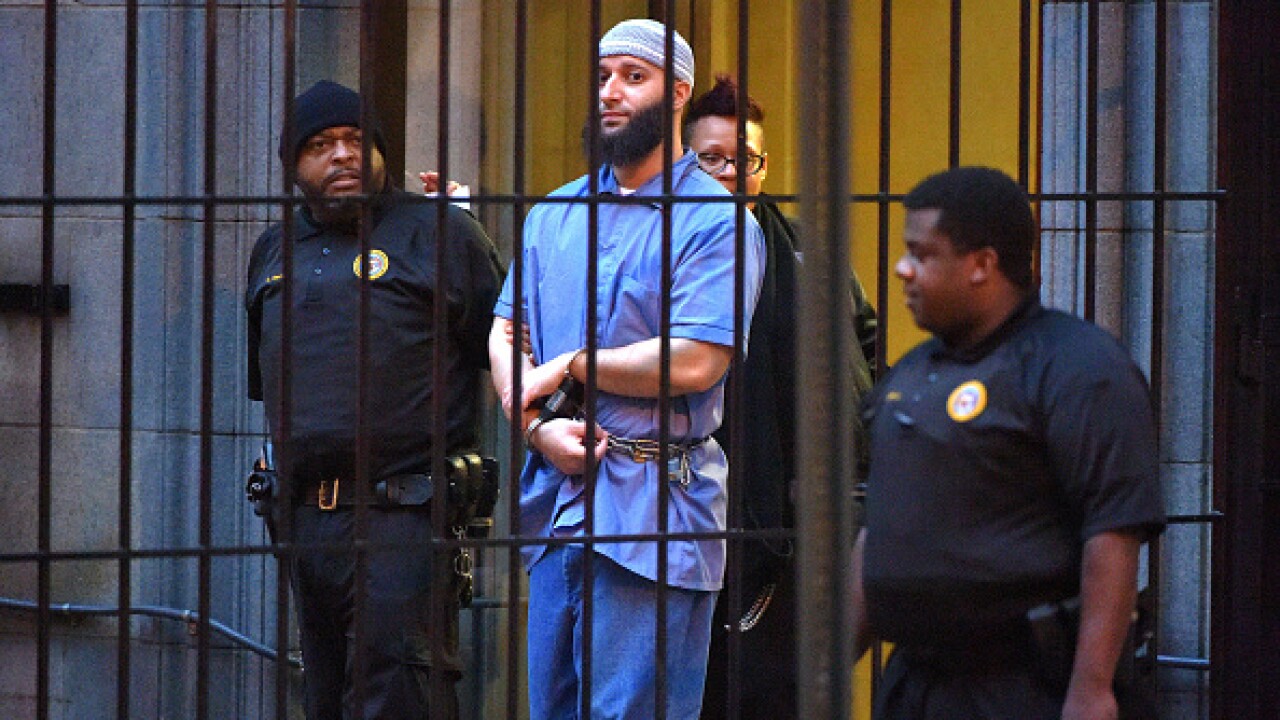 Officials escort “Serial” podcast subject Adnan Syed from the courthouse following the completion of the first day of hearings for a retrial in Baltimore on Wednesday, Feb. 3, 2016. (Karl Merton Ferron/Baltimore Sun/TNS via Getty Images)

Lawyers for Adnan Syed, whose murder conviction was the focus of the first season of the popular “Serial” podcast, filed a petition Monday asking the Supreme Court to take up the case.

The petition — which joins thousands of cases petitioned to the Supreme Court every year — requests that the justices reverse a ruling by the Maryland Court of Appeals from March that refused to grant Syed a new trial as he serves a life sentence in the slaying of his ex-girlfriend, Hae Min Lee, in 1999.

Officials escort “Serial” podcast subject Adnan Syed from the courthouse following the completion of the first day of hearings for a retrial in Baltimore on Wednesday, Feb. 3, 2016. (Karl Merton Ferron/Baltimore Sun/TNS via Getty Images)

“The facts of this case are eye-catching: One high school student murdered and another sentenced to life in prison. A prosecution witness with an inconsistent story and an alibi witness who never testified at trial,” the petition reads. “Syed’s case has inspired podcasts, a documentary, and countless news articles.”

The petition, filed by lawyers C. Justin Brown and Catherine Stetson along with other lawyers at the Washington law firm Hogan Lovells, states that that basis for the Supreme Court to take up the case rests on the “straightforward legal issue” of ineffective counsel provided by Syed’s trial attorney, Cristina Gutierrez, who is deceased.

Related: New trial ordered for Adnan Syed, the subject of a ‘Serial’ podcast

“At least 10 state and federal courts apply a simple approach: They compare the case that the State actually presented at trial with the case that the defendant would have presented if his attorney had been effective,” the petition states, citing in part Gutierrez’s failure to call an alibi witness.

“The Maryland Court of Appeals departed from the majority approach and found no prejudice despite the failure of Syed’s counsel to present an alibi witness for the exact time that the State says he committed murder. There are no vehicle problems to reaching the question at issue, which has been briefed and argued throughout three state courts. Syed should have the opportunity to present his alibi to a jury, and the jury—not the Maryland Court of Appeals—should decide its worth,” the petition states.

Syed and Lee were seniors at Woodlawn in Baltimore County in January 1999, when she disappeared. Her strangled body was discovered in a city forest three weeks later.

A jury in the Circuit Court for Baltimore City convicted Syed of first-degree murder, robbery, kidnapping and false imprisonment on February 25, 2000. During the trial one of his friends, Jay Wilds, testified that he helped Syed dig a hole for Lee’s body.