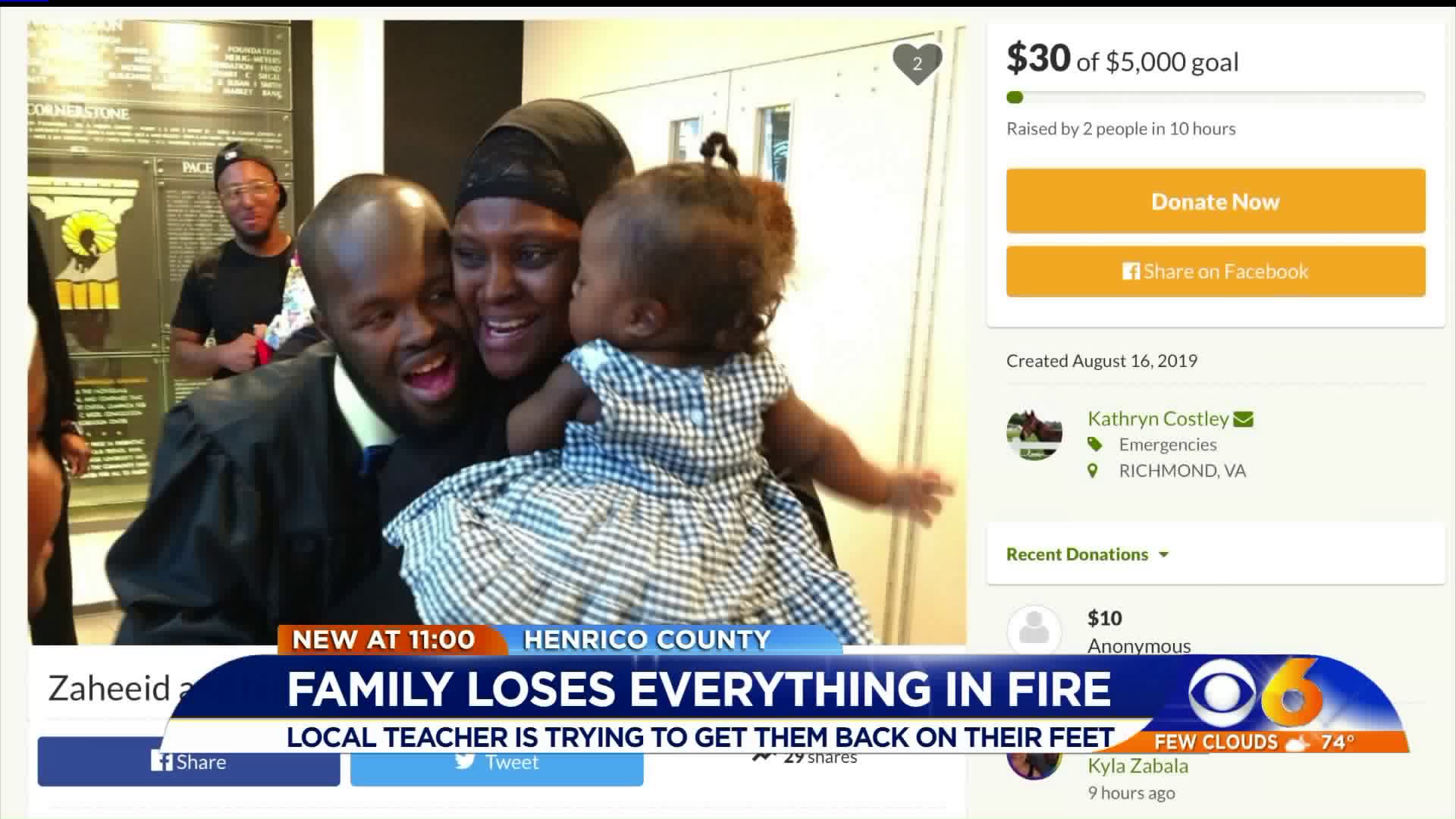 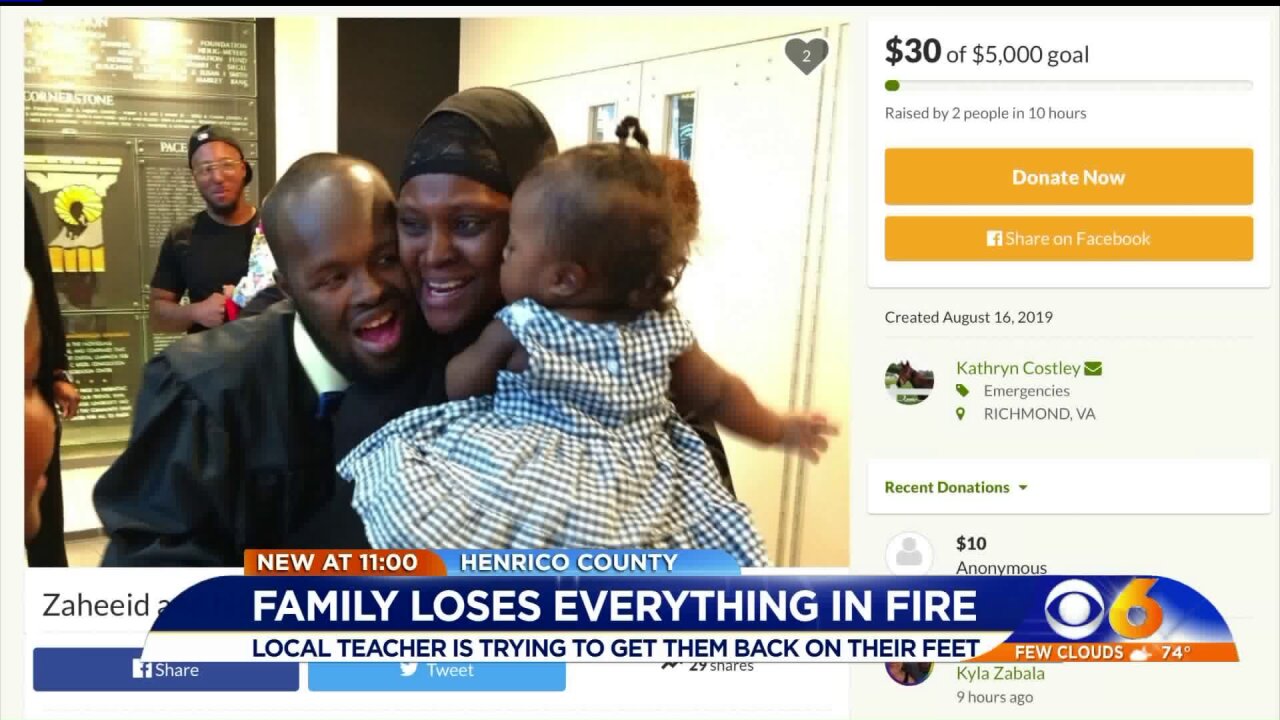 HENRICO Co., Va. - A Henrico teacher is spearheading fundraising efforts for her former student and his family who lost everything in a house fire, CBS 6 reported.

Firefighters blamed a lightning strike for setting the Muhammad family's house ablaze in the 200 block of Linstead Road on Thursday afternoon.

When firefighters arrived, they found large flames shooting from the attic and roof of the home.

"The fire started super fast. By the time I got to my dresser, it had already got to the hallway," Sheikh Muhammad recalled to CBS 6. "I had no shoes on. I had no shirt on. It was spreading that fast -- like someone threw gasoline on the fire."

Muhammad said his family of six lost everything in the flames.

"We have two special needs children," he said. "They don’t understand why I'm not at home or why can’t I go watch cartoons."

Kathryn Costley, a special education teacher at Highland Springs High School, heard about the Muhammad's tragedy. Costley first met the Muhammad's son, Zaheeid, in one of her classes.

"Any of my students that go into my classroom end up being my kids forever," Costley said. "Mom’s got a lot on her plate on any day regardless of having to be displaced because of a fire."

On Friday, Costley reached out to churches and those with extra resources to help the family. She also set up a donation link through GoFundMe, where people can contribute to help get the Muhammad's back on their feet.

This wasn't the first student Costley has helped, either.

She was the subject of Greg McQuade's Heroes Among Us report when she helped collect donations for a student's family after a moving company stole their belongings.

Costley said she was inspired to help because strangers helped her family, too.

"My aunt, who was like a sister to me, had Down syndrome. She unfortunately just passed this past March a year ago at the age of 54," she recalled. "We had her for a while, but people were always willing to help my family."

The Muhammad's now cram inside their grandmother's one-bedroom in Chesterfield. The Red Cross also helped put the family in a hotel.

But, now they search for somewhere else to start over.

"The kids know that all the stuff they had was gone, but look at the bright side," Muhammad said. "We are alive."