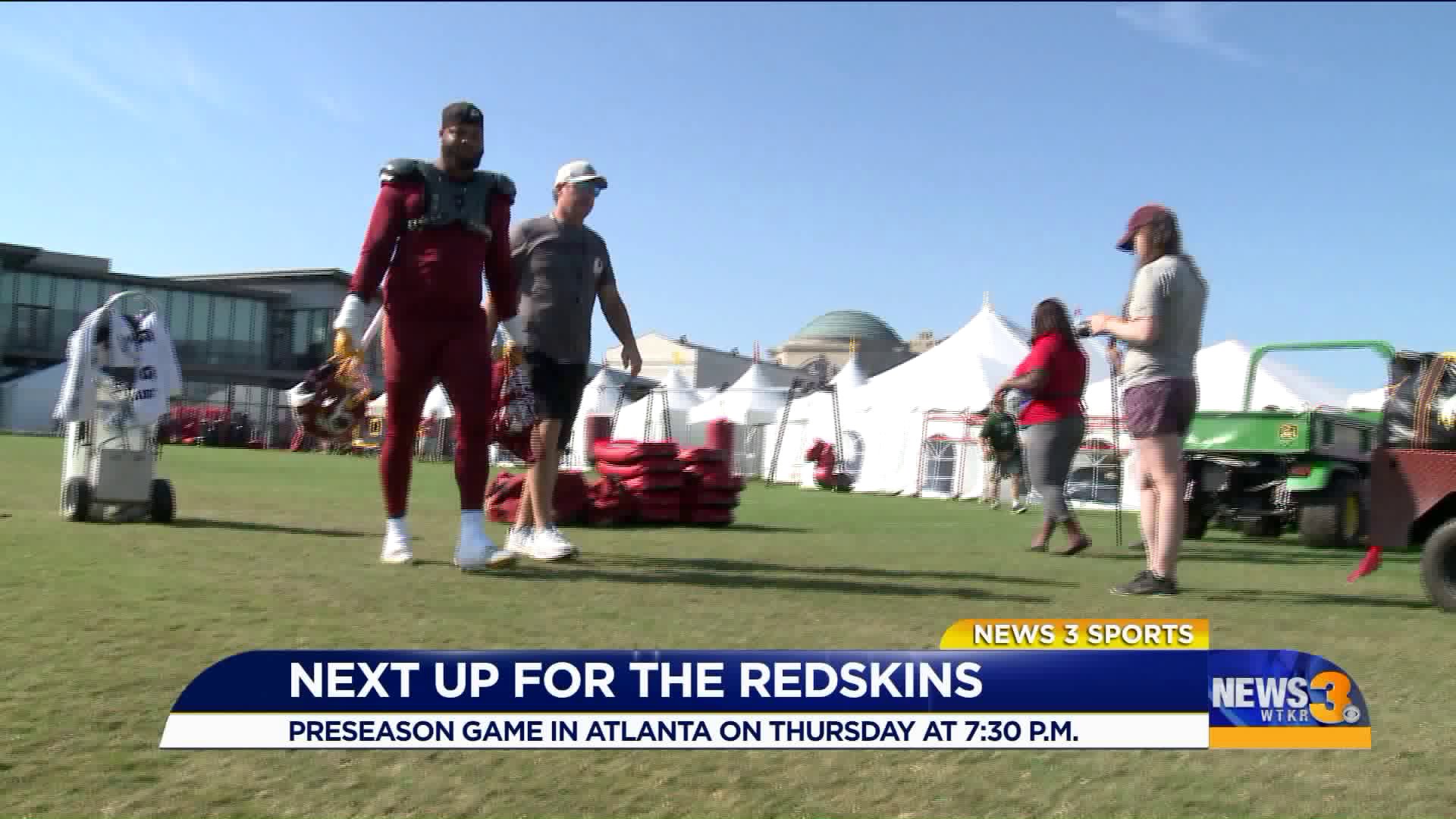 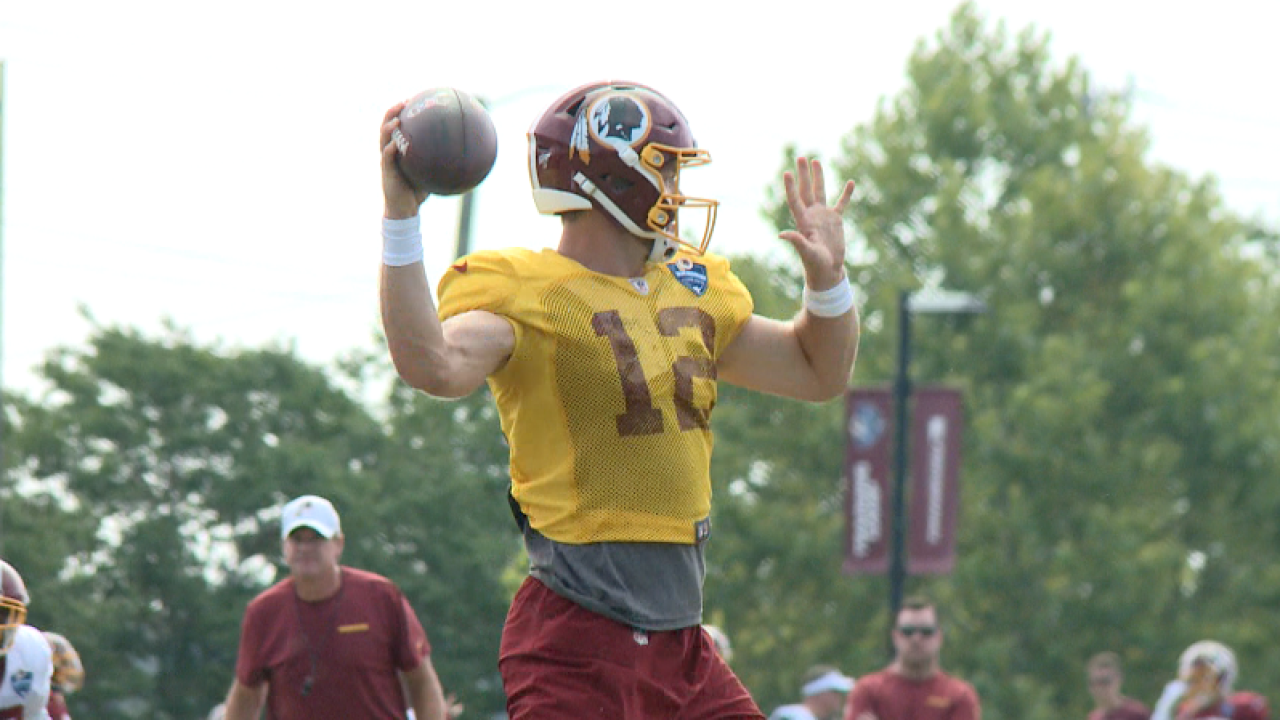 LOUDOUN COUNTY, Va. - With just two preseason games left before the 2019 season opener, Washington Redskins coach Jay Gruden would like to have the quarterback rotation figured out after Thursday's preseason game against the Atlanta Falcons.

“Ideally, it'd be after this game," Gruden said. "There's still some work to be done. You might have your general thoughts on who it might be, but if something happens in preseason game three where you might have to flop them, you never know."

Right now it's veteran quarterback Case Keenum and rookie Dwayne Haskins fighting for the starting spot. Colt McCoy was perceived to be the front runner after being named starter in the first depth chart of training camp, but after not playing a single down during the first two preseason games due to injury, the possibility of McCoy returning before Week 1 is now in question.

"There's no timetable for him until he feels like he's 100 percent to push off that leg. Until that time comes, he's going to be rehabbing."

Gruden says McCoy might not return until as late as three weeks into the season, which could result in the signing of another player to make use of his spot on the roster.

“That’s an issue we’ll talk about for sure," Gruden said. "Heading into preseason game four and heading into [the regular season opener] Philadelphia week we’ll see where he is and make a determination on how many quarterbacks we’ll keep and what we’re going to do with that spot. I don’t anticipate him being out too long."