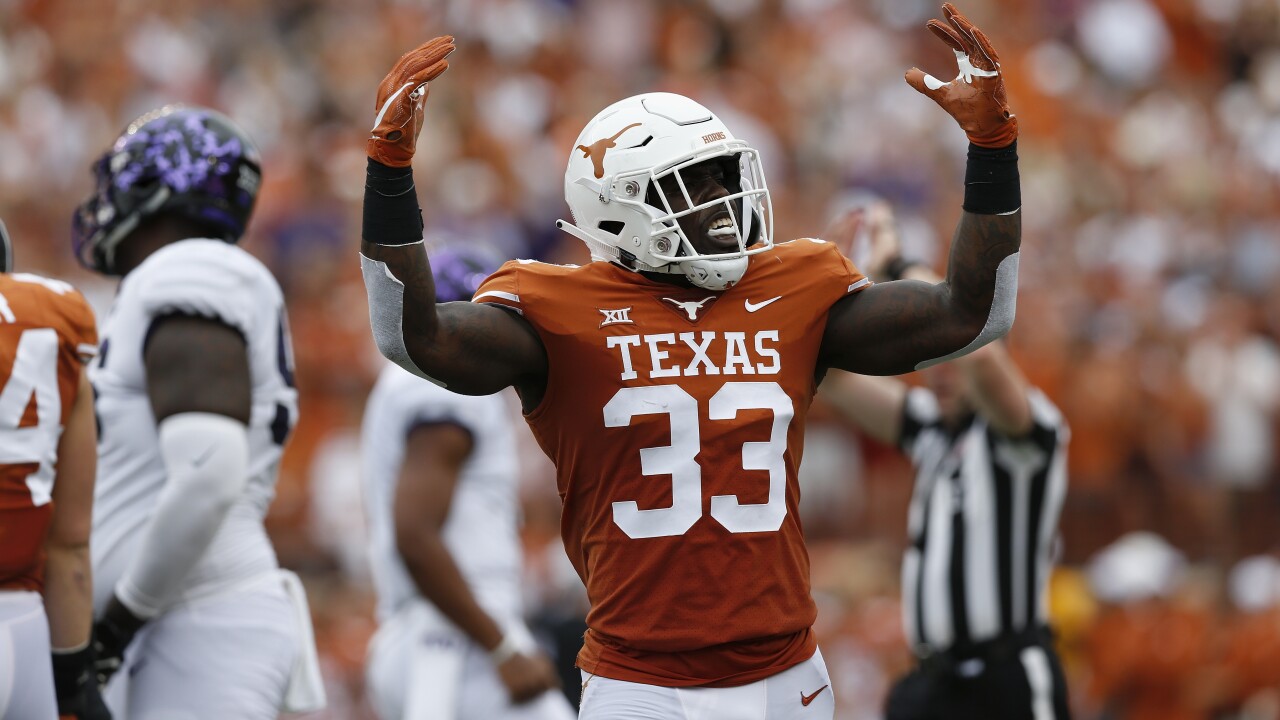 AUSTIN, TX – SEPTEMBER 22: Gary Johnson #33 of the Texas Longhorns celebrates after a tackle in the first half against the TCU Horned Frogs at Darrell K Royal-Texas Memorial Stadium on September 22, 2018 in Austin, Texas. (Photo by Tim Warner/Getty Images)

AUSTIN, TX – OCTOBER 13: Charlie Brewer #12 of the Baylor Bears is sacked by Gary Johnson #33 of the Texas Longhorns. (Photo by Tim Warner/Getty Images)

Johnson was an undrafted free agent out of Texas after the 2019 draft. He signed with the Kansas City Chiefs, but was waived by the team in June.

Johnson spent two seasons at Texas after transferring from Dodge City Community College. During his time as a Longhorn he played in 26 games with 20 starts, and finished his career with 150 tackles, 22.5 tackles for loss and 8.5 sacks.

His 16.5 tackles for loss during his senior season ranked fourth in the Big 12, while his 6.5 sacks ranked seventh.