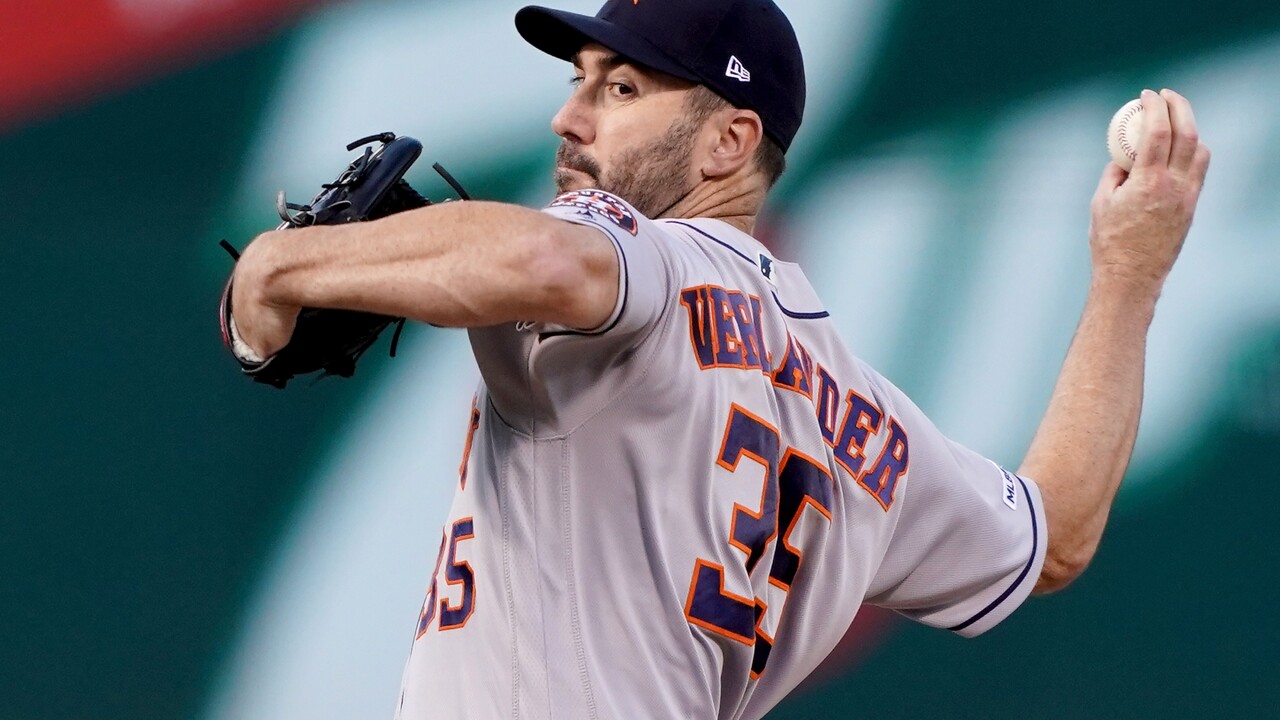 OAKLAND, CA – AUGUST 16: Justin Verlander #35 of the Houston Astros pitches against the Oakland Athletics in the bottom of the first inning at Ring Central Coliseum on August 16, 2019 in Oakland, California. (Photo by Thearon W. Henderson/Getty Images)

Against the Oakland Athletics, Verlander struck out 11 batters, allowing only two runs and walking zero through seven innings. Despite the stellar performance, the Astros lost in 13 innings by a score of 3-2.

According to MLB Stats, Verlander is the oldest pitcher since Randy Johnson in 2002 to go 6 straight games with 10+ Ks.