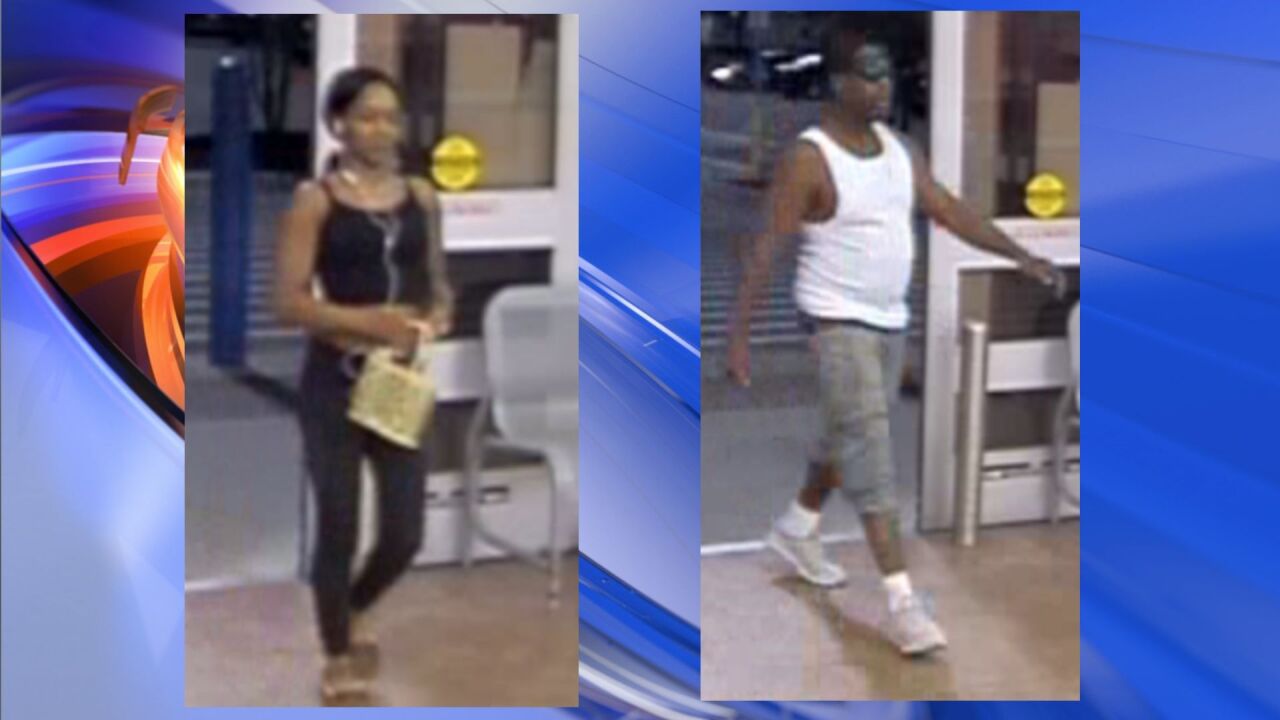 KITTY HAWK, N.C. – Kitty Hawk Police have arrested one of two people who they say were passing out counterfeit bills at a local Walmart.

Authorities say Azzuray Teyana Lind of Norfolk was arrested at a Walmart in Rocky Mount, North Carolina. She has been arrested and charged in Kitty Hawk for possessing and passing counterfeit money.

On August 11, Lind and an unidentified black man went to the Walmart in Kitty Hawk and passed several counterfeit $50 bills.

They were seen leaving in a silver or light-colored four-door passenger car.

Police are still looking for the man who was with her.

If you have any information about the man’s identity or whereabouts, please contact the Kitty Hawk Police Department at (252) 261-3895 or send a private message to the department’s Facebook and someone will respond back to you.

All information is confidential and a cash reward may be available.