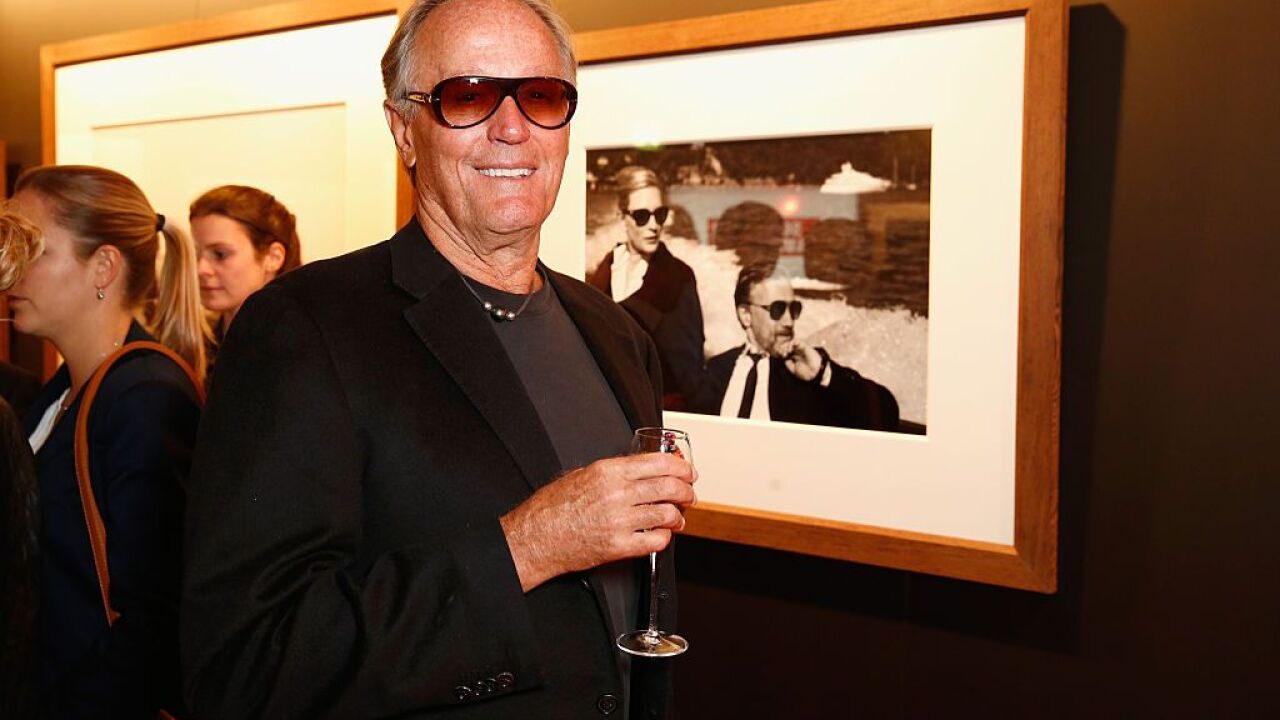 Actor and director Peter Fonda, who rose to fame with his role in “Easy Rider,” died Friday, his manager, Alan Somers, told CNN on Friday. He was 79.

Fonda died of respiratory failure due to lung cancer at his Los Angeles home, the family said in an emailed statement.

“It is with deep sorrow that we share the news that Peter Fonda has passed away,” the family said. “… In one of the saddest moments of or lives, we are not able to find the appropriate words to express the pain in our hearts.”

Fonda was a member of the Hollywood powerhouse Fonda family, as the son of legendary actor Henry Fonda and the brother of actress and activist Jane Fonda. His daughter is actress Bridget Fonda.

Jane Fonda, in a statement, reflected on her relationship with her younger brother.

“I am very sad. He was my sweet-hearted baby brother. The talker of the family. I have had beautiful alone time with him these last days. He went out laughing,” she said.

Fonda broke out as a star with his turn in the 1969 blockbuster “Easy Rider,” which marked its 50th anniversary this year. The film also starred Jack Nicholson and Dennis Hopper.

Film critic Roger Ebert called the film “one of the rallying-points of the late ’60s,” saying it was a buddy picture that celebrated “sex, drugs, rock ‘n’ roll, and the freedom of the open road.”

“It did a lot of repeat business while the sweet smell of pot drifted through theaters,” Ebert wrote of the film in 2004.

Fonda was nominated for an Academy Award for the screenplay, a nomination he shared with Hopper.

“I never stopped working, thanks to ‘Easy Rider,’ “ Fonda told The Los Angeles Times in 2007.

His last tweet on August 9 referenced the film: “Easy Rider’ at 50: How they put together that groundbreaking soundtrack.”

The family asked for privacy to grieve, but said they wished for people to “celebrate his indomitable spirit and love of life”

“In honor of Peter, please raise a glass to freedom,” the family said, referencing one of Fonda’s lines in “Easy Rider.”

Director Ava DuVernay reposted a photo she took with Fonda.

“My heart goes out to Jane,” he said via Twitter.

His career was defined by ‘Easy Rider’

Born Peter Henry Fonda in New York on February 23, 1940, he started his career on Broadway in 1961 in “Blood, Sweat and Stanley Poole,” according to Playbill.

He directed his first film, “The Hired Hand,” in 1971. He also starred in the critically acclaimed western, which was restored and premiered at the 2001 Venice Film Festival.

Fonda was also nominated for a best actor Academy Award for his turn in “Ulee’s Gold” in 1998.

He went on to star in a number of films and television shows, though he never achieved the success of his father.

But his career would forever be defined by his turn as Wyatt, with his stars-and-stripes helmet astride his motorcycle, “Captain America,” in “Easy Rider,” a rough-hewn character that often times reflected his personal life. Fonda’s Wyatt and Hopper’s Billy travel from the California-Mexico border to New Orleans in time to celebrate Mardi Gras.

Fonda told the LA Times that it was his rocky relationship with his father that led him to first ride a motorcycle. “My father didn’t want me to. I was like in your face,” Fonda said. “As soon as I could I bought a Harley.”

Turner Classic Movies says “Easy Rider” on one level is the story of two drug dealers who become rich from a cocaine deal.

“But the film is much more than that and shows a diverse cross section of American culture that encompasses lifestyle experimentation (the hippie commune), intolerance (the hostile locals at a backwater Louisiana diner), and wanderlust (the motorcycle becomes a symbol for freedom).”

Coming to peace with his father

Like his siblings, Fonda had an at-times complex relationship with his father.

In a 1994 CNN interview, which came as he released his autobiography, “Don’t Tell Dad,” Fonda opened up about the genesis of rebellion.

“It was a desire to be heard — a father who was not communicative at all. I became quite angry as I learned that I wasn’t me — I was Henry Fonda’s son. I had no idea who he was; I didn’t want to be identified that way. I was demanding to be heard on my own grounds.”

Fonda said he was 38 before his father told him he loved him.

“…and he put his hands on my shoulders and it was the oddest sensation of both him pushing me away and pulling me to him. Tears streaming down his face, he said in that beautiful Henry Fonda, non-blinking straight talk, ‘I love you very much, son.’ ‘Well, I love you very much, dad.’ And I got in my car and drove away,'” he said.