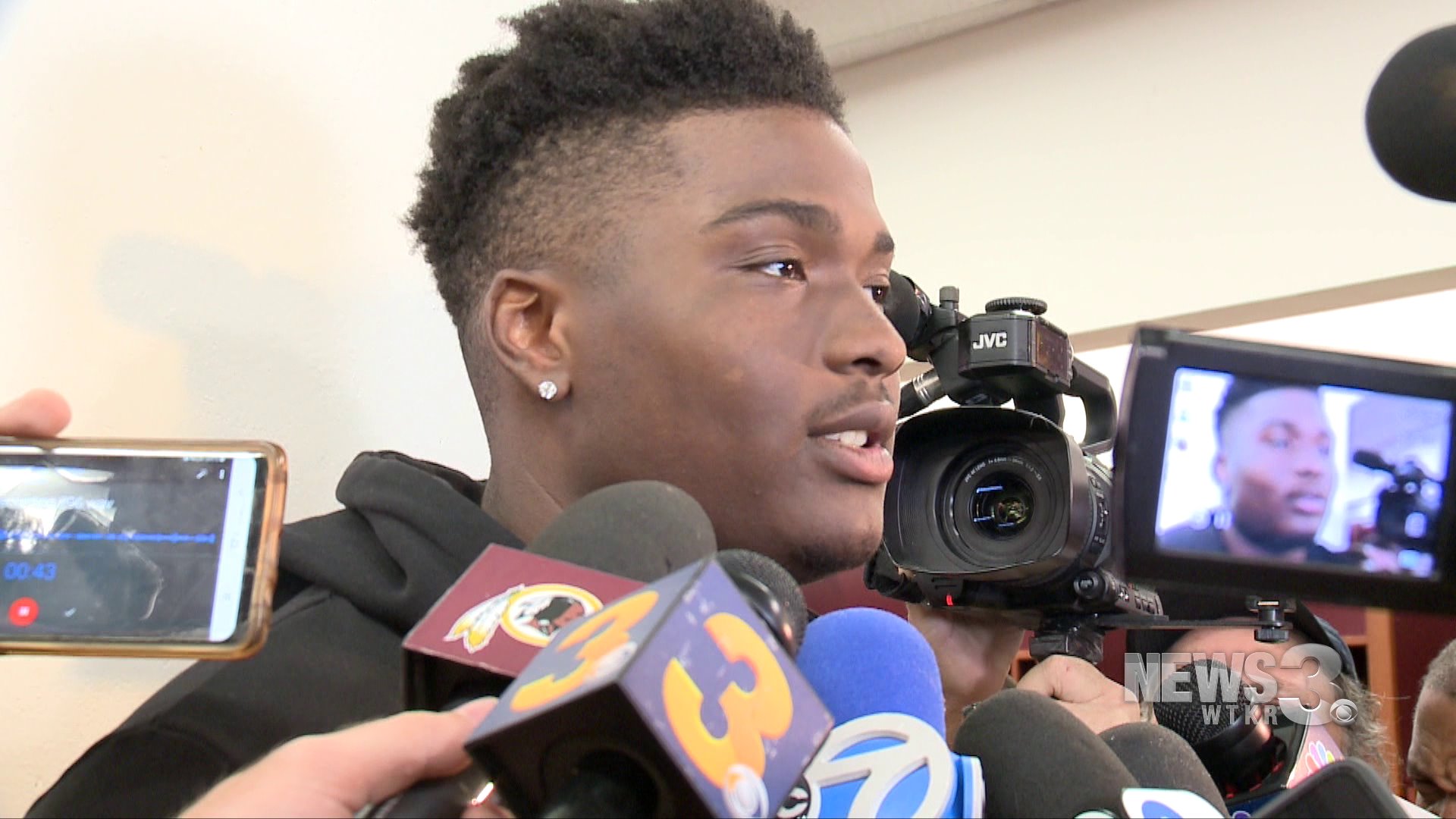 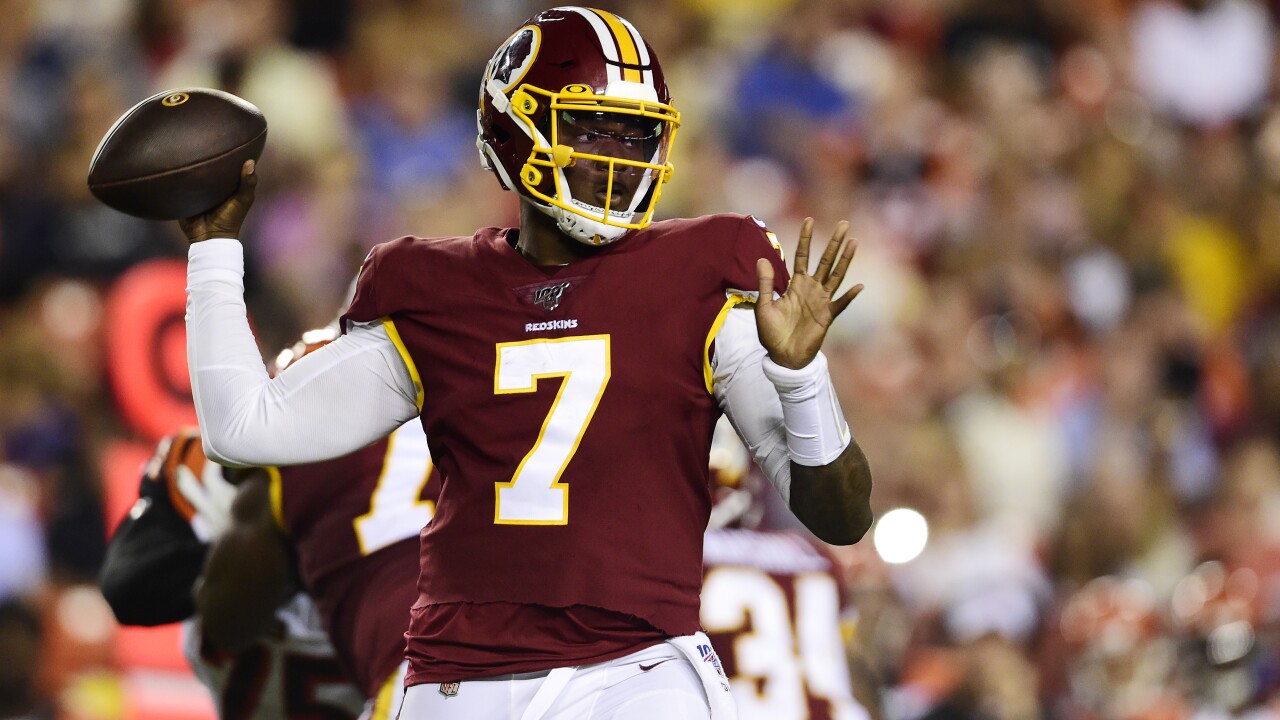 Robert Davis #19 of the Washington Redskins celebrates with Dwayne Haskins #7 after scoring a touchdown. (Photo by Scott Taetsch/Getty Images)

LANDOVER, Md. - On his first drive in his first game on his home field, Dwayne Haskins threw his first NFL touchdown.

Haskins, the Washington Redskins rookie selected 15th overall in the 2019 NFL Draft, connected with Robert Davis for a 55-yard touchdown pass in the second quarter of Thursday night's preseason contest against the Cincinnati Bengals -  a game Washington lost 23-13. It's Haskins' first career touchdown pass after failing to find the end zone in his pro debut last week in Cleveland.

For the game, on seven drives, Haskins completes seven of 14 passes for 114 yards and a touchdown.

Dwayne Haskins #7 of the Washington Redskins scrambles against the Cincinnati Bengals. (Photo by Scott Taetsch/Getty Images)

Washington got the scoring started on the game's first possession. Montae Nicholson returned an Andy Dalton interception 96 yards for a touchdown. That score and Haskins' TD were the only Redskins points on the night.

The 'Skins travel to Atlanta next week for preseason game No. 3. News 3, Hampton Roads' home of the Redskins, will broadcast the contest live at 7:30 p.m. We'll also have live, pregame coverage from Mercedes-Benz Stadium.

Dwayne Haskins' first TD pass of the preseason is a BEAUTY 🎯🎯🎯#CINvsWAS pic.twitter.com/vRlB69sP8o