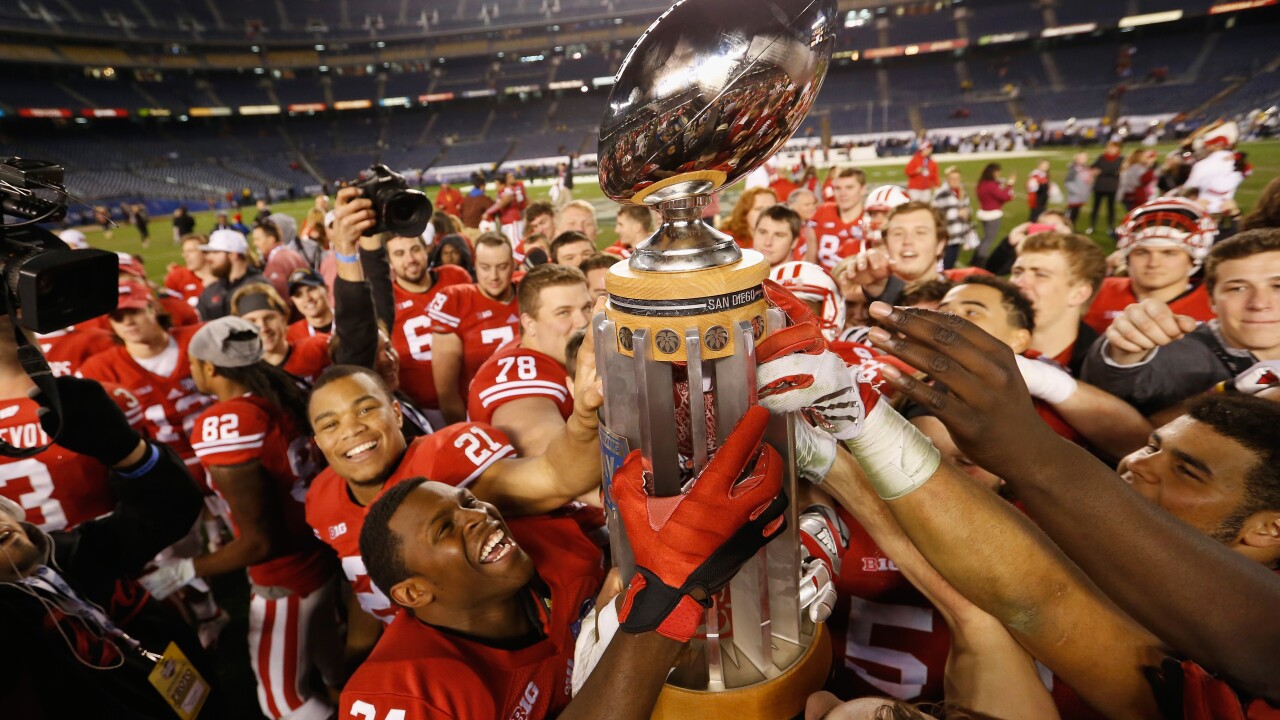 SAN DIEGO, Calif. (Holiday Bowl) – Change is in the air for San Diego’s post-season college football game. The San Diego County Credit Union Holiday Bowl is currently in its sixth year of six-year contracts with the Pac-12 and Big Ten. At a press conference earlier today it was announced that, beginning in 2020, the Pac-12 will remain in the lineup, but will instead square off against teams from another Power 5 conference – the ACC.

“The SDDCU Holiday Bowl is known for high-scoring, exciting finishes,” said Mark Neville, CEO of the Holiday Bowl. “Pitting the Pac-12 up against the ACC, two of the highest scoring conferences in the country, is going to feed perfectly into our reputation. San Diegans can expect some thrilling games ahead, no question about it!”

Not one of the 15 ACC schools has ever played in the Holiday Bowl. ACC schools include Boston College, Clemson, Duke, Florida State, Georgia Tech, Louisville, Miami, North Carolina, NC State, Pittsburgh, Syracuse, Virginia, Virginia Tech and Wake Forest. If bowl eligible and not in a College Football Playoff game, Notre Dame is also available to ACC bowls. The ACC has won more football national championships than any other conference since 2013 (three of the last six years), and in 2018 the conference had 11 schools participating in bowl games.

“We are pleased to partner with the San Diego County Credit Union Holiday Bowl and look forward to the annual postseason match up with the Pac-12,” said ACC Commissioner John Swofford. “The Holiday Bowl provides an outstanding destination and national platform for our student-athletes, teams and fans and we look forward to this new relationship.”

“We are very excited to continue our more than two decade relationship with the San Diego County Credit Union Holiday Bowl,” said Pac-12 Deputy Commissioner Jamie Zaninovich. “The experience for our student-athletes and fans has been incredible thanks to the phenomenal hospitality of the San Diego community, and the game itself has created some of the most memorable moments in college football’s rich 150 year history. Going forward, we welcome our friends from the esteemed ACC universities to this great partnership and look forward to many more memorable experiences and thrilling games to come in the future.”

The mission of the non-profit SDCCU Holiday Bowl is to generate tourism, exposure, economic benefit and civic pride for San Diego and its citizens by presenting the nation’s most exciting and entertaining bowl game and festival of events. In 2018 the game saw #22 Northwestern upset #17 Utah 31-20. The game generated a record economic impact of $49.5 million for the San Diego region.