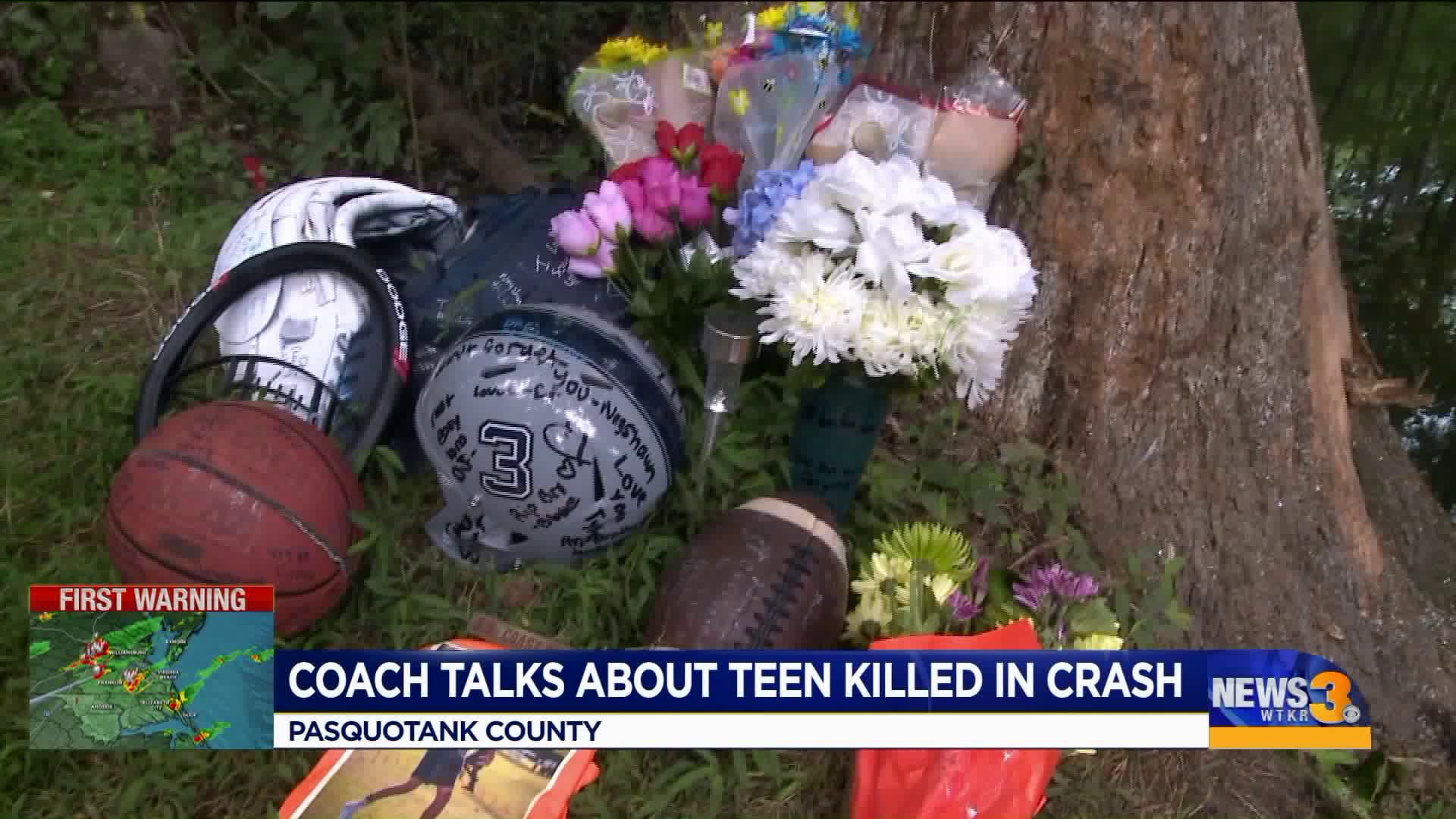 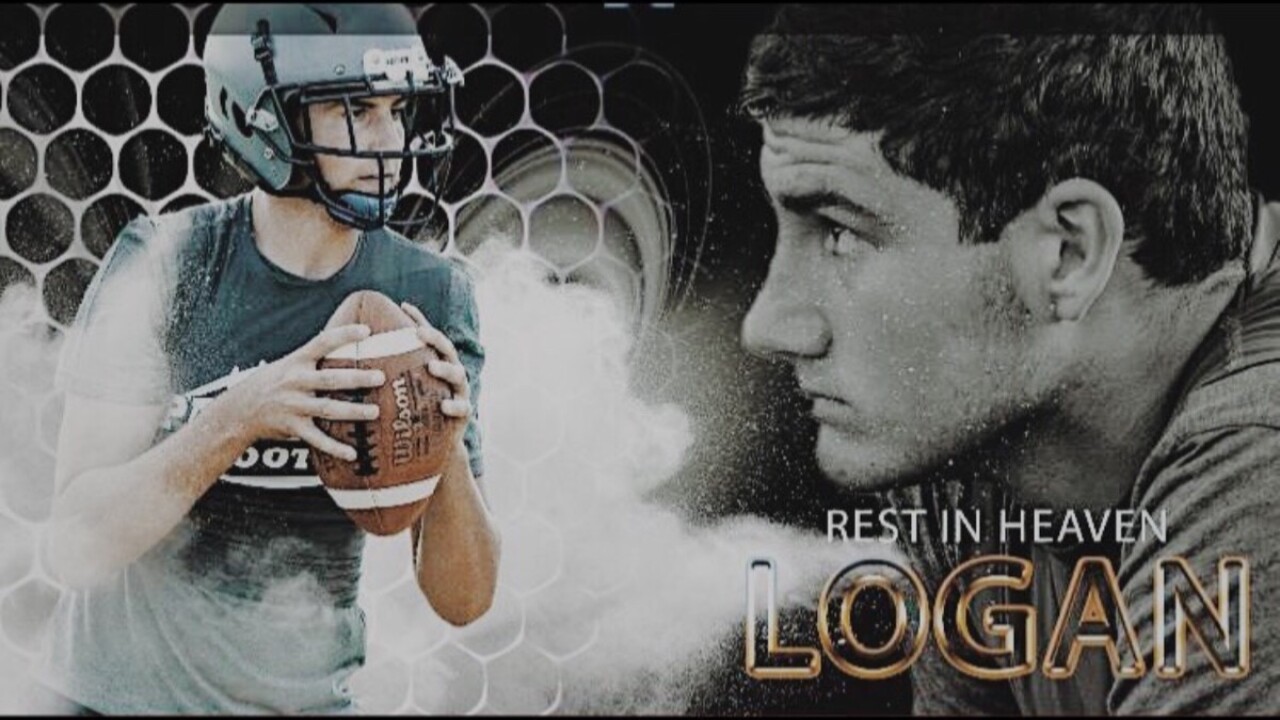 PASQUOTANK Co., N.C. - It's a heart-wrenching reminder of a young life lost in a split second: Shattered glass, tire tracks and twisted shrubs.

"You look around and you see all this and his jersey here, and we are just all family, so it's kinda hard," said Brooke Ciccarelli, a student at Pasquotank High School.

All week, students have been stopping by the ever-growing memorial on Bethea Church Road, just a mile from the high school and a few miles north of Elizabeth City. The memorial pays tribute to 16-year-old Logan Grubb, a star football and basketball player who was killed Monday.

"At our high school we are all family, so this affects everyone. I just feel so bad for his family," said Ciccarelli.

Grubb had just dropped off his sister at volleyball practice on Monday morning when he was traveling west on Berea Church Road. The N.C. Highway Patrol said Grubb ran off the road, over corrected, hit and tree and landed in a swamp.

He was pronounced dead at the scene.

"He was very calm and collected, always had a smile on his face. Anytime you looked at him, he was smiling. Sometimes it seemed like he was just waiting for you to glance his way so he could smile," said RaShawn Spencer, Grubb's football coach.

His football family is no doubt in shock. His jersey and shoes hang on the tree at the site of his memorial, many players scrawling messages on his helmet.

Spencer said the last time he saw Logan was at team church on Sunday, less than 24 hours before he died.

"On his way out the door, I shook his hand and said, 'Hey, I'll see you tomorrow,' just like we do every day. Tomorrow really never came for us," explained Spencer.

Spencer said Grubb was a role model on and off the field.

Grubb was a star athlete who will be sorely missed as the team is on their way to embarking on a new season.

"We will think about that every day. Logan doesn't go anywhere; he is right here in spirit," said Spencer.

Elizabeth City-Pasquotank Public Schools released this statement after the accident:

"The Board of Education, Superintendent (Catherine) Edmonds and the ECPPS family are deeply saddened by the loss of our student," Sawyer said in a statement released by the school district. "Logan was not only our student, but also the son of one of our educators. We share sincere and heartfelt condolences with his family and friends."

The school district will have additional counselors and support staff on hand as the start of school approaches.

John A. Holmes High School will hold a fundraiser and donate all proceeds to the Pasquotank High School Athletic Department in Grubb's memory. The presentation will be made during halftime of the Aces' first home game against Pasquotank High on September 6.

If you would like to contribute, donations can be dropped off at the JAHHS office.