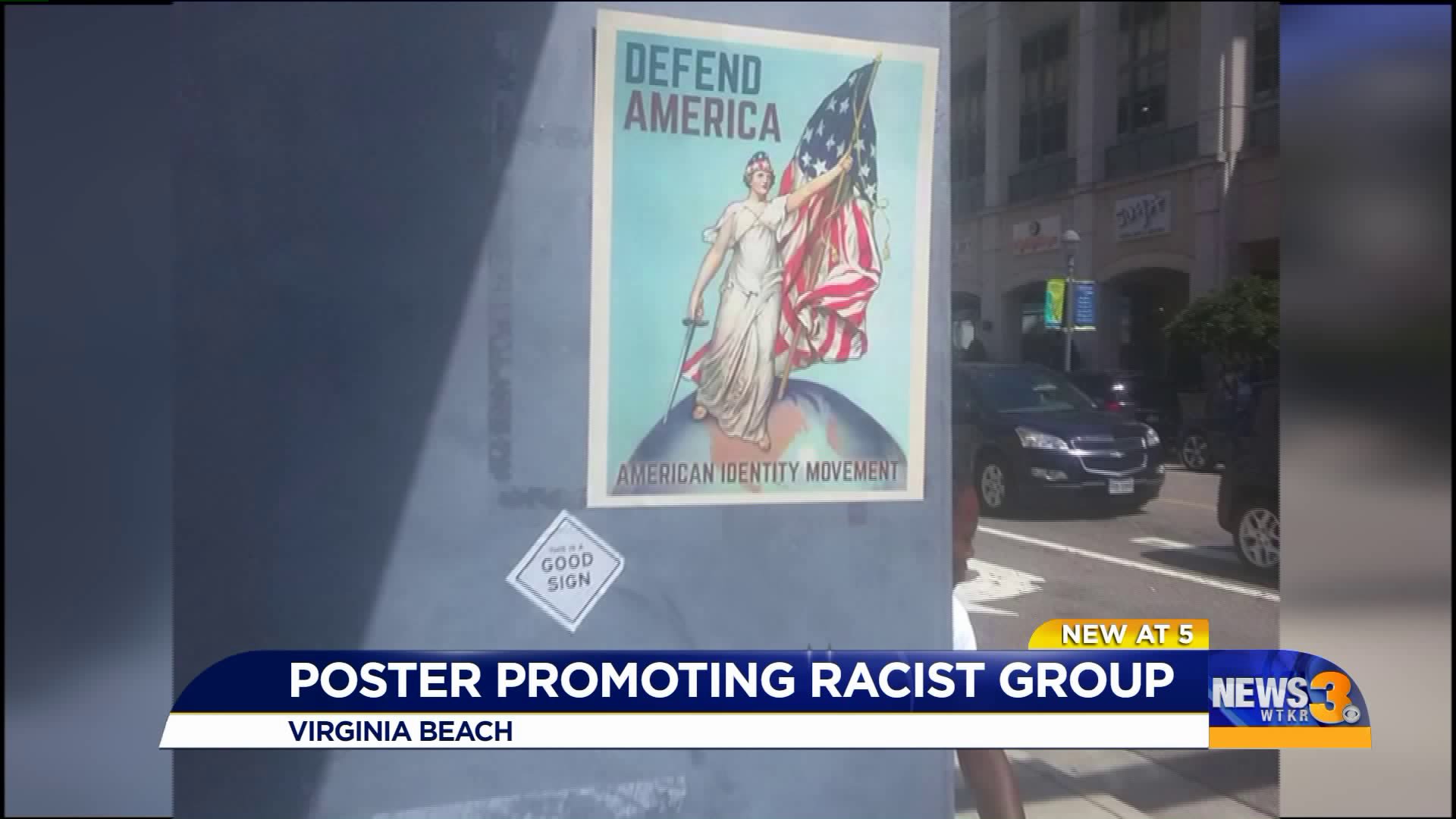 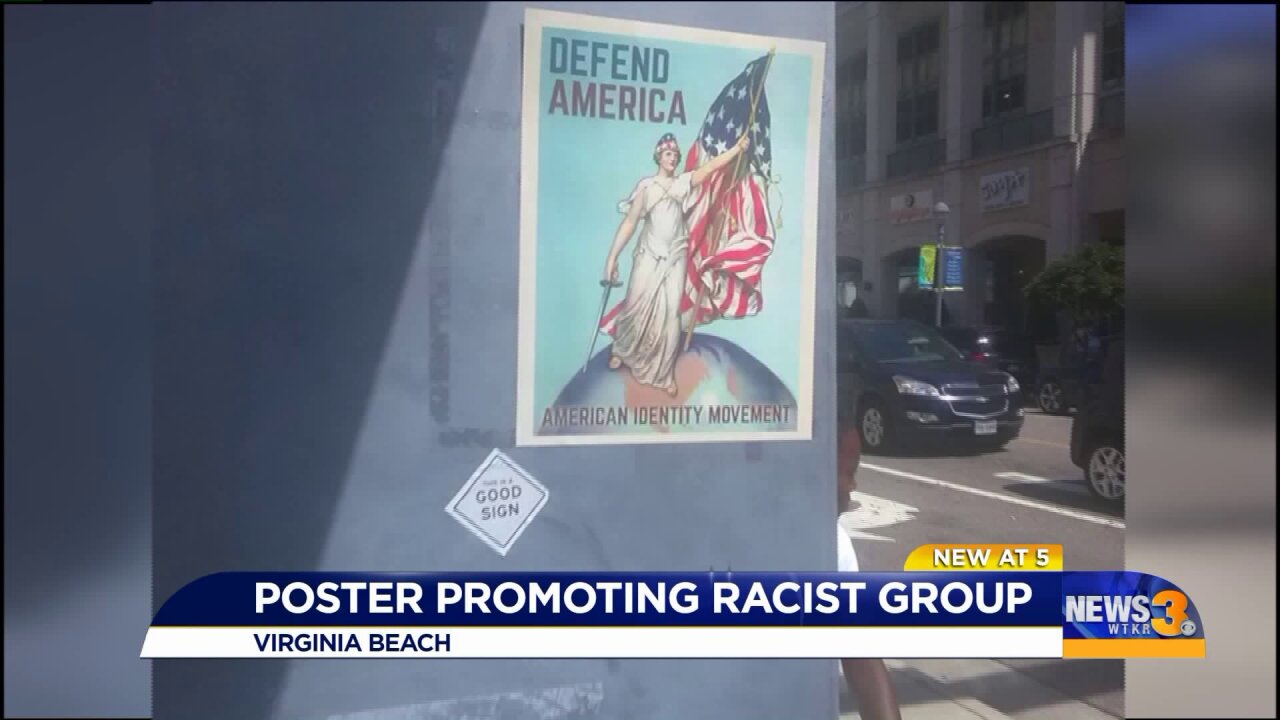 VIRGINIA BEACH, Va. -  A poster from a group promoting white supremacy was spotted at the Oceanfront this week.

A man who works at the Oceanfront took a picture of it and posted it on Facebook, leaving many to wonder how it got there. The poster said "Defend America" at the top and "American Identity Movement" at the bottom. It was located on a light post at the corner of Pacific Avenue and Laskin Road.

American Identity Movement is a newly re-branded group that says it wants to "defend the preservation of America's historical demographics," according to its website.

The group's Twitter showed three other posters they say they posted, including one reading, "Diversity Destroys Nations." Those three appeared to no longer be up on Wednesday morning.

A city spokesperson said the code department is removing all posters associated with the group.

City Councilman Michael Berlucchi learned about the posters on Wednesday morning. "I was deeply disturbed to hear about this," he said. "Virginia Beach is a community that respects people. If you don't respect everyone when you come to Virginia Beach, then you're not welcome here."

The group has not responded to questions from News 3 about the posters.