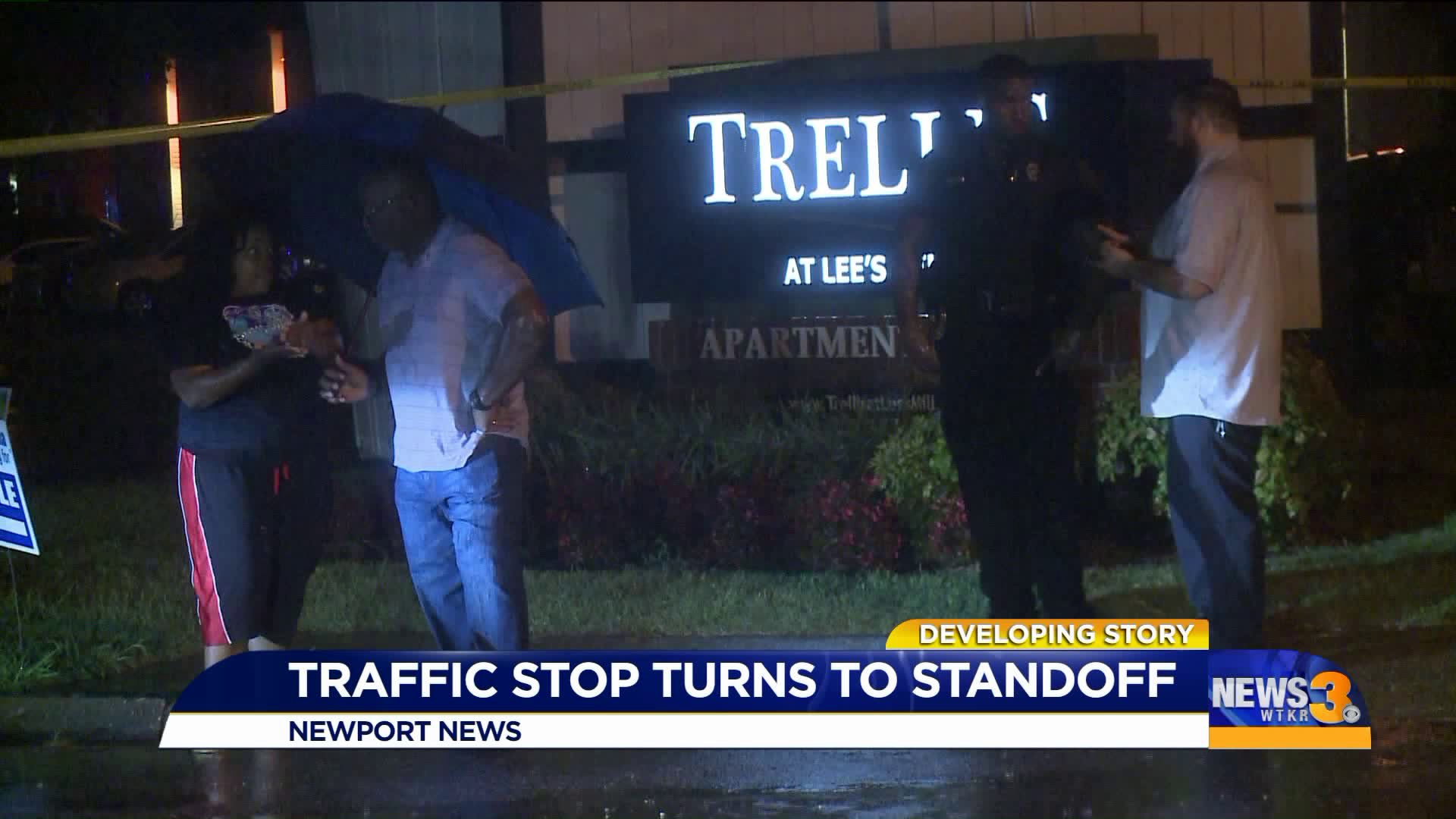 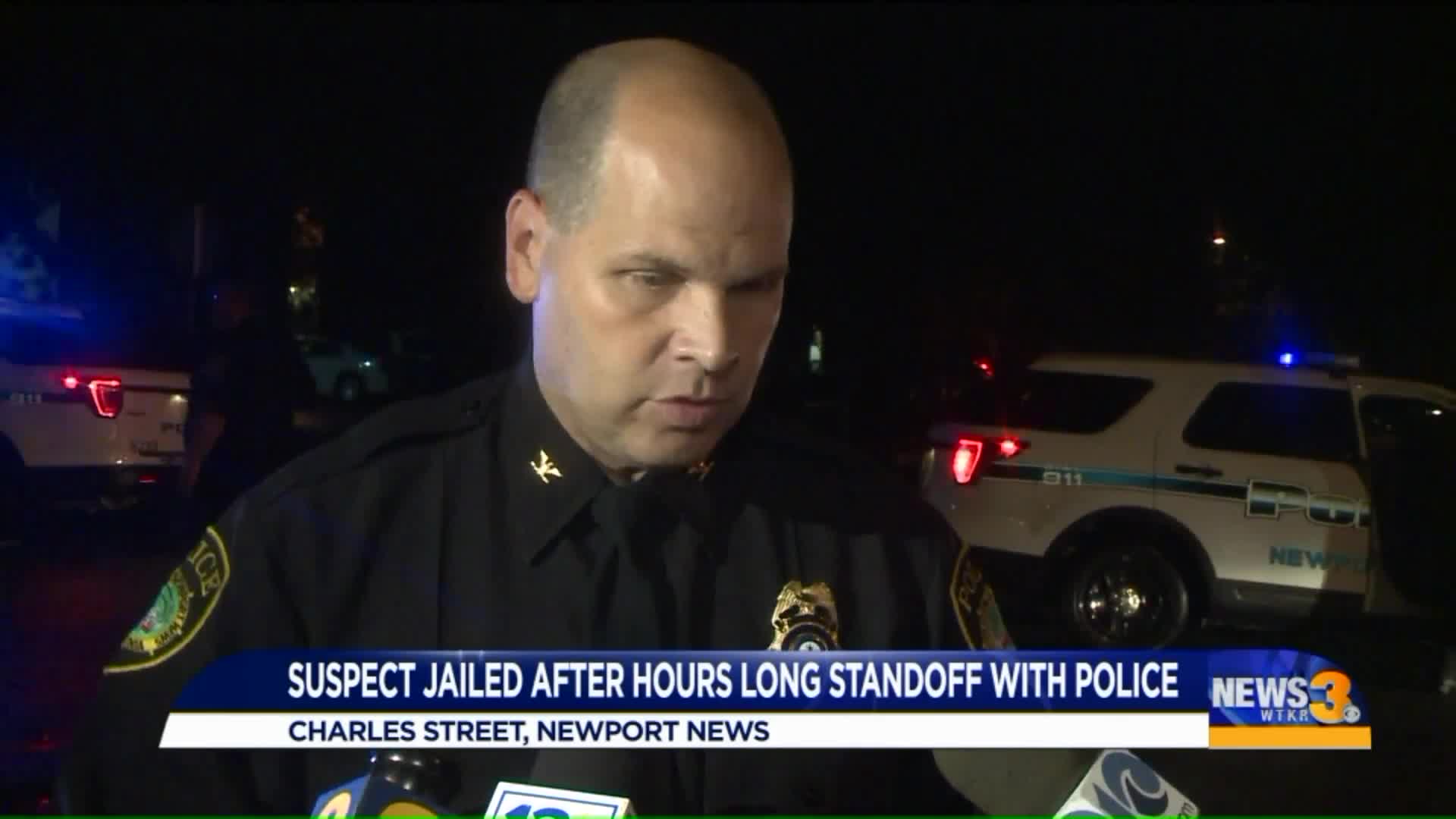 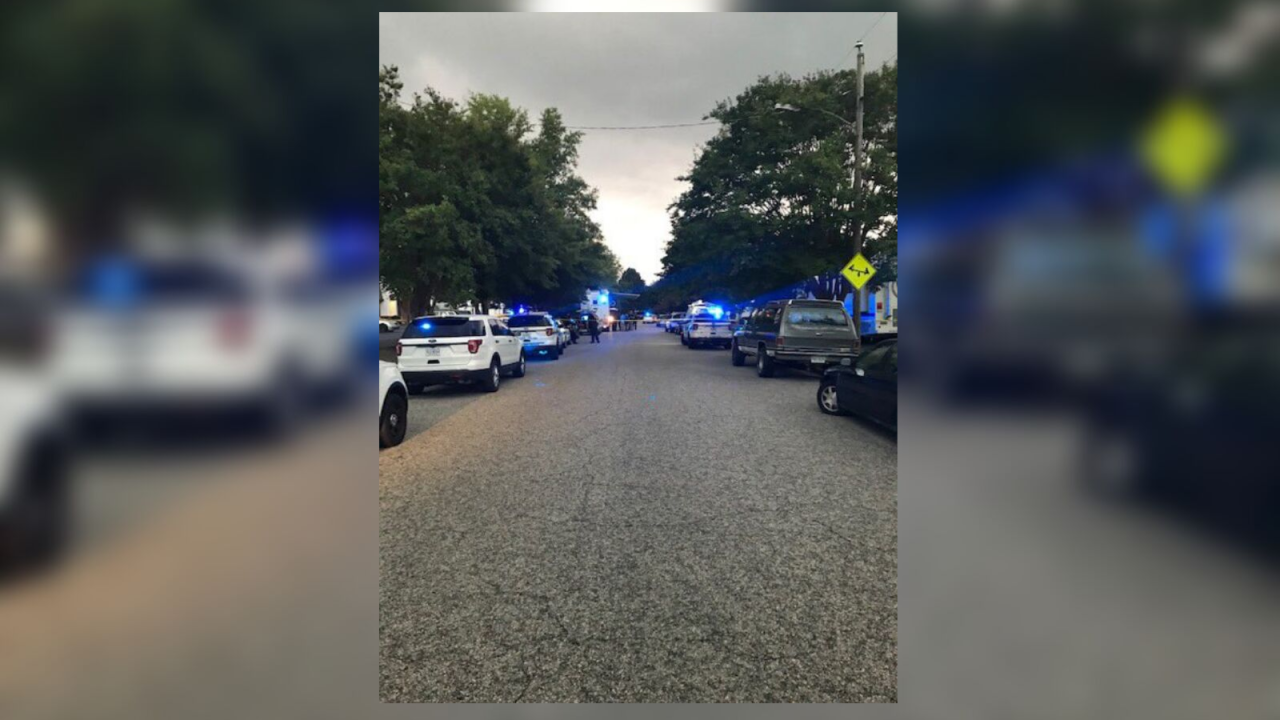 NEWPORT NEWS, Va. - Newport News Police have arrested a suspect after an hours-long standoff in the 300 block of Charles Street Wednesday night.

Police say at 6:28 p.m., officers tried to make a traffic stop on someone wanted for robbery. The suspect, now identified as 29-year-old Antone Lamont Shields of Newport News, got out of the car, started to run and fired at the officers.

There were no injuries, police say. Shields has been charged with Robbery, Use of a Firearm in Commission of a Felony, Possession of Firearm by Convicted Felon, Abduction, and Unauthorized Use of a Vehicle.

The incident happened near Fort Eustis. A text sent to Fort Eustis Family Homes residents advised those who live in the 100 block of Stillwell Street near the Newport News fence line to stay sheltered in their homes until further notice.

News 3 reporter Erin Miller spoke with a man who has lived in the neighborhood for about two years. Stephon Hines says it's a quiet place with a lot of military members, older people and kids.

Hines' 16-year-old daughter was in the home very close to where the standoff was happening. He said all he wanted to do was get to her.

"I'm upset, I'm anxious, I'm a lot of different things - a lot of different emotions," Hines told us. "I didn't even want to stop; I just wanted to go back there, but of course, I can't... I can't do that. Her safety - that's just the main thing, making sure she's safe."

I just spoke with Stephon Hines who says his 16 y/o daughter is inside their home, not far from where the standoff is happening. From the window she saw a lot of officers and possibly a man out front

Hines just wants to get to her so he knows she’s safe https://t.co/ulSY3B1Nwi pic.twitter.com/ghsQK1FUF2

Around 10:15 p.m., on August 14, police announced that Shields was in custody and charges were pending.

In a briefing with Police Chief Steve Drew, police say EMS personnel took Shields to a local hospital for treatment for a small cut on his wrist. There were no other injuries.

Chief Drew said the initial traffic stop was intended because Shields had warrants out for an arrest after multiple robberies in the city.

After checking the scene, police collected a firearm. They say Shields tried to gain access inside a home but wasn't able to get in.

The police chief attributed everyone's safety to the quick actions of his officers.