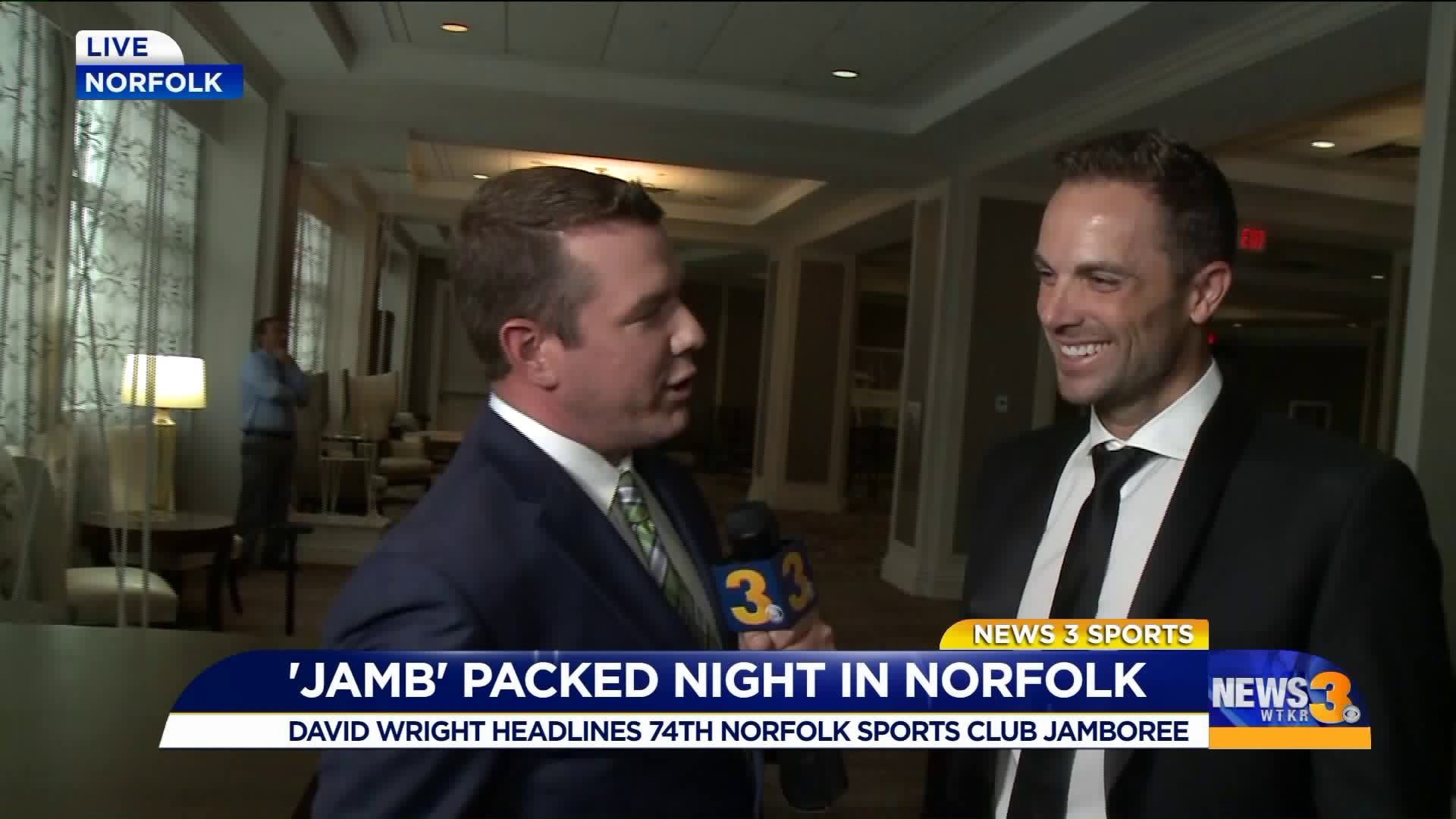 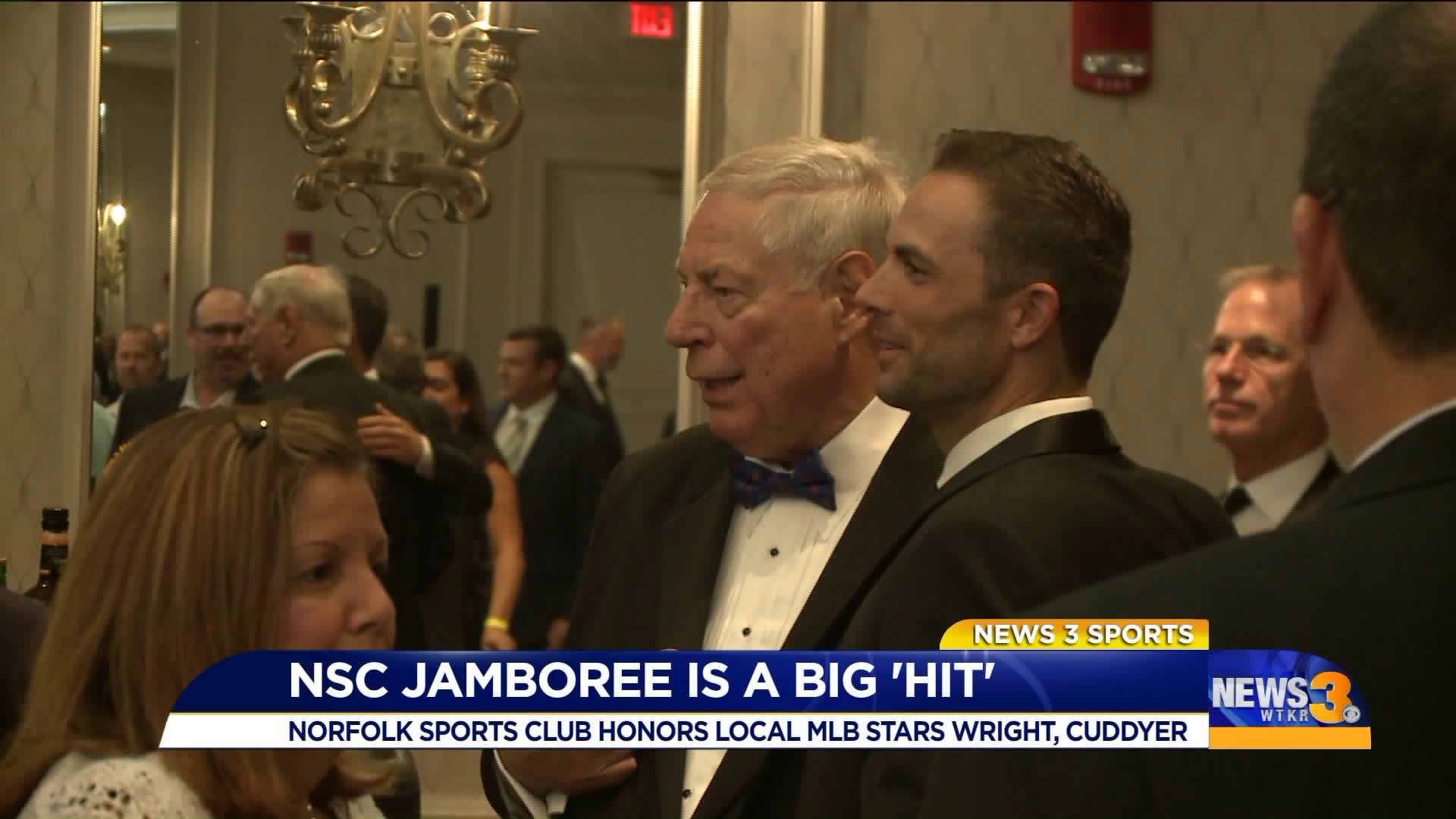 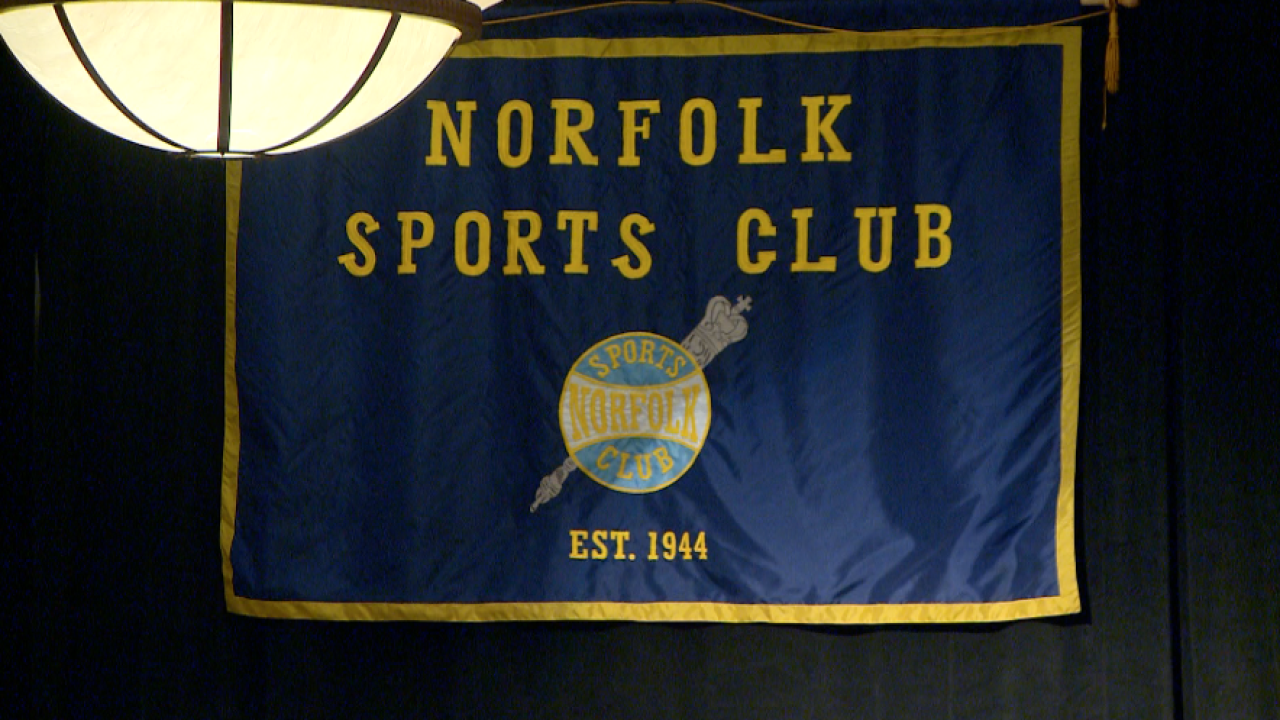 NORFOLK, Va. - This year's Norfolk Sports Club Jamboree shifts from its usual spot on the calendar, February or March, to mid-August. The reason? It's sure to be a big hit. Because the keynote speaker and a pair of honrees made careers of big hits.

David Wright, the all-time hits leader in New York Mets history, delivered the feature address. Wright grew up in Chesapeake and is an alumnus of Hickory High School.

Wright also received the Norfolk Sports Club’s lifetime achievement award along with longtime friend and fellow coastal Virginia native Michael Cuddyer. It's Wright's second honor from the club, after being recognized as a high school standout at Hickory prior to graduating in 2001.

"That was definitely not as fancy as this and I definitely didn't own a tux back then," Wright said smiling. "So, fast forward - to come full circle here tonight has been pretty cool. "Just walking up here, I saw a bunch of familiar faces - coaches and players and teammates."

"Everybody that's had a hand in my career and and in my life and will hopefully have a hand in my post-baseball life: this is recognition for them, too," Cuddyer said. "That's what it's all about. None of us can do this on our own."

Stephen Ballard, the President/CEO of S.B. Ballard Construction Company and the namesake of ODU's new football stadium, will receive the Tom Fergusson Memorial Award that represents the Metropolitan Person of the Year in Sports.

Virginia Wesleyan University softball player Hanna Hull will be honored with the General Douglas MacArthur Memorial Award recognizing the Most Outstanding College Athlete who formerly attended a Virginia high school. Past winners of this honor include Mia Hamm, Alonzo Mourning, David Robinson, Tremaine Edmunds, Tajh Boyd and Dre Bly.  Hall has led the country in strikeouts each of the past two years and is one of just 24 Division III players to ever reach the 1,000 career strikeout mark.

"It's unreal to be honest," Hull told News 3. "I didn't realize how big of a deal this was. To see some of the past winners, it's just incredible. I want people to know it doesn't matter which division of college sports you play. At the end of the day, it's your love for the game that truly defines you."

The Jamboree is the Norfolk Sports Club’s main fundraiser for their Scholarship Foundation, which during the club’s history has presented nearly $2-million in college scholarships to Hampton Roads high school athletes.