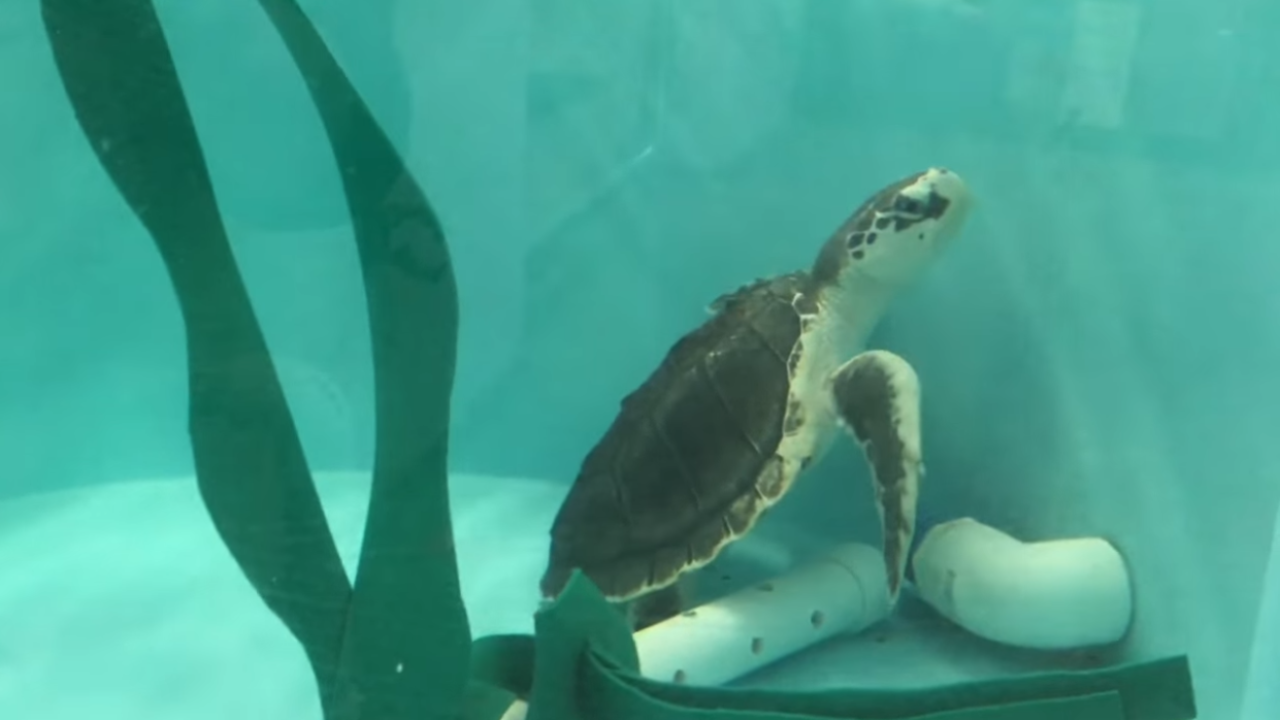 DARE Co., N.C. – Two rehabilitated sea turtles with the NC Aquarium on Roanoke Island were ready to get back to the ocean!

One loggerhead and one Kemp’s ridley sea turtle have been successfully rehabilitated and were released Tuesday at 8 a.m.

They were released at Coquina Beach near the boardwalk from the bathhouse.

The names of the turtles released are Buckbeak and Howard Florey!