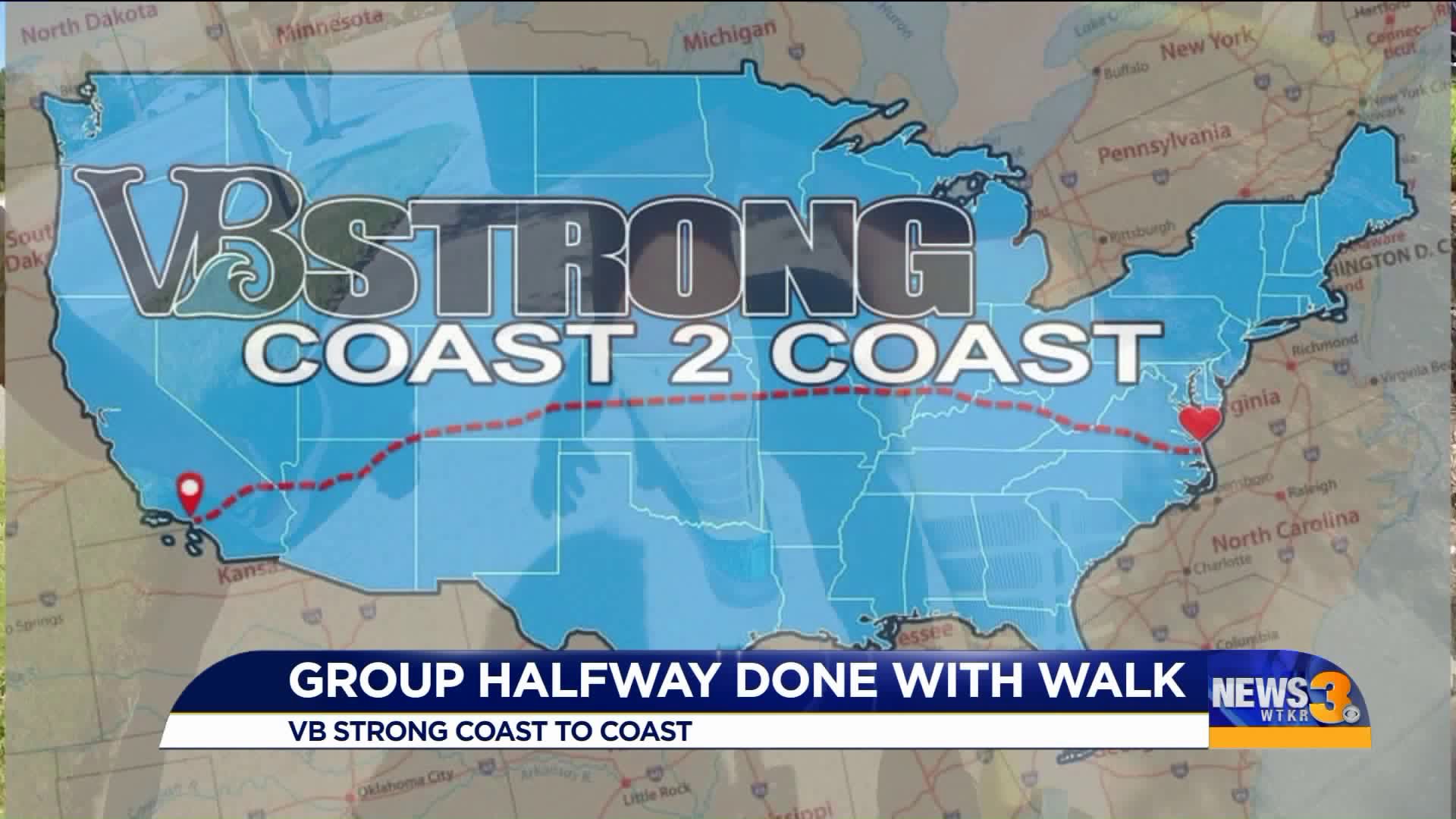 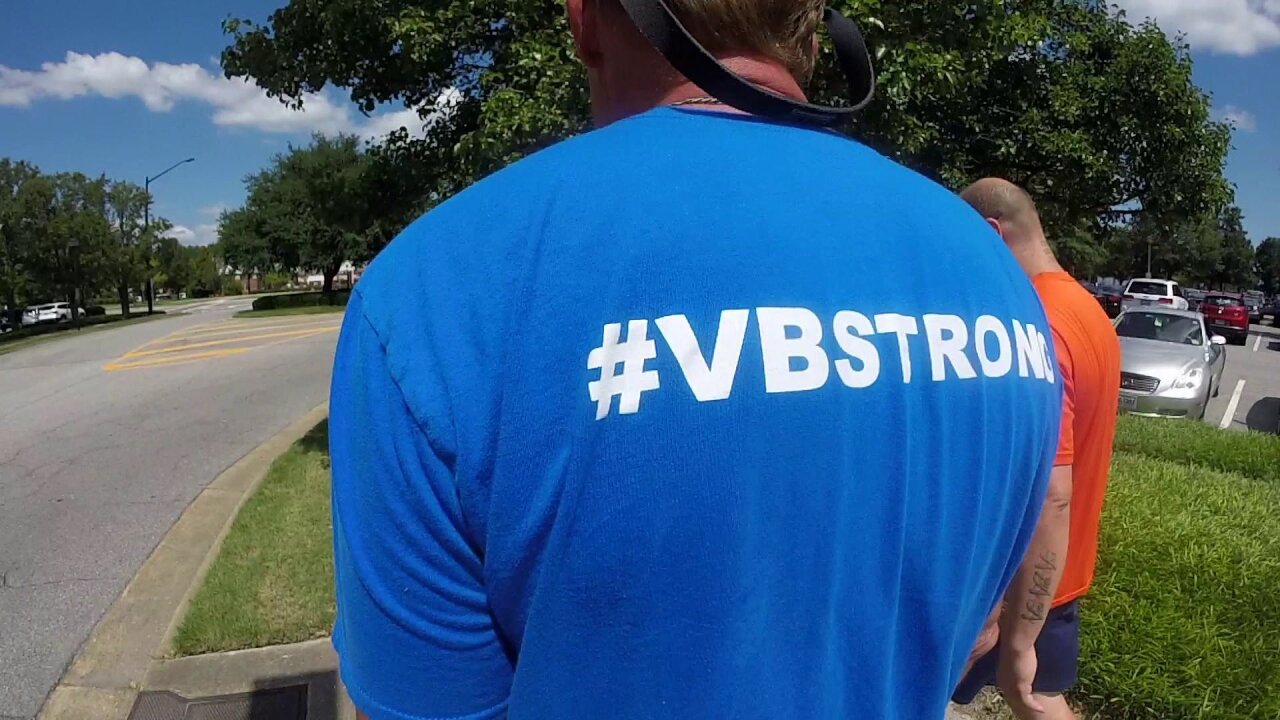 VIRGINIA BEACH, Va. - What started out as a topic during a casual dinner on the Oceanfront has snowballed into reality.

"A friend and I were talking about people buying t-shirts and doing this and that, and ironically, my friend said, 'Why don't you walk across America for VB Strong?'" explained Daryl Fischer.

Now, Fischer and three other men are feverishly doing just that.

"We are gonna drive 2,763 miles across the country to Santa Monica [California], and then we are going to walk the entire way back to Virginia Beach," said Fischer, one of the team members.

The four strangers are now walking road warriors. Fischer used to be a professional sand soccer player; the others are very much athletic and driven by fitness.

The group is called VB Strong Coast 2 Coast, and they have the goal to raise $500,000 that will be divided evenly to the families of the 12 people who were killed and the four who were injured during May's mass shooting at the Virginia Beach municipal center.

"Each one of those loved ones will be running through our head each day," said Fischer.

They will walk 55 miles a day through 11 states, relay-style - only resting their bodies on Sundays.

"Some of this will be on-the-job training," said Fischer. "When we get out there, there is no way to train to walk through a tornado when you go through Kansas," Fischer laughed.

"This is just humbling for me," said Ellis. "I had a spinal cord injury. I was unconscious and woke up to nothing from the neck down."

The group says they are honored to pound the pavement to pay tribute after this tragedy.

"We four care; that's our motto. We care about all the individuals affected by this and we care about this city we want the people in the community to stand behind us," said Fischer.

On September 25, the group posted they have crossed into Kansas. They now begin a 10-day 100,000 challenge as they cross through Kansas.

"It was exhilarating to get to the halfway mark," said Fischer. " 16 families is motivating us every day. We have ailments with blisters on our feet, people are taping their feet - it's not an easy task to walk 3,000 miles across the country."

Fischer said it's been smooth sailing for the past 29 days. They hope to be back to the Virginia Beach Oceanfront by November 1.

"The group takes Sundays off, most nights sleeping on the side of the road," said Fischer.

"What we are doing is trying to show everyone in Hampton Roads what VB Strong really stands for and showing America how a community can come together," he said.

One hundred percent of the proceeds will go to VB Strong.