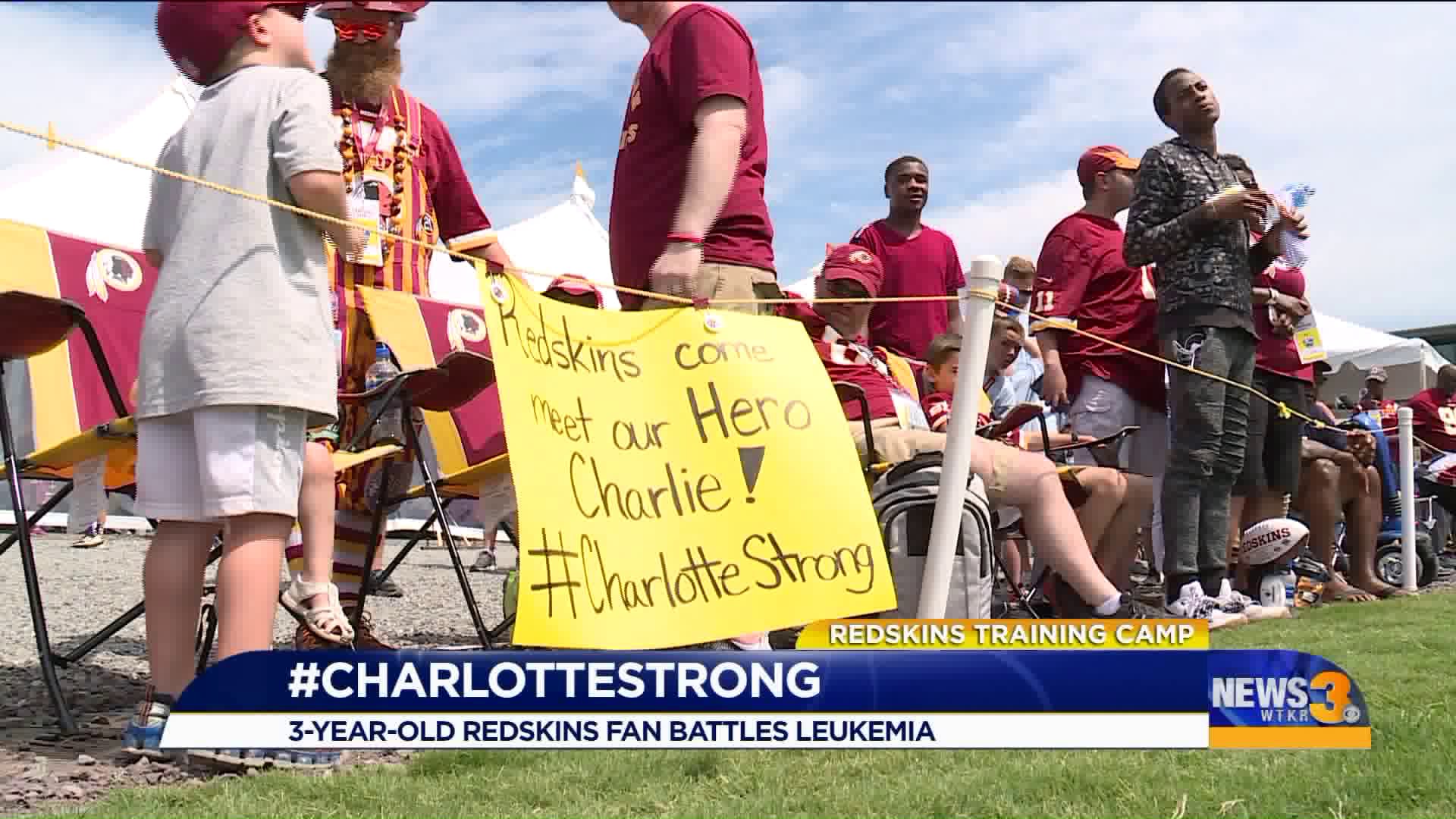 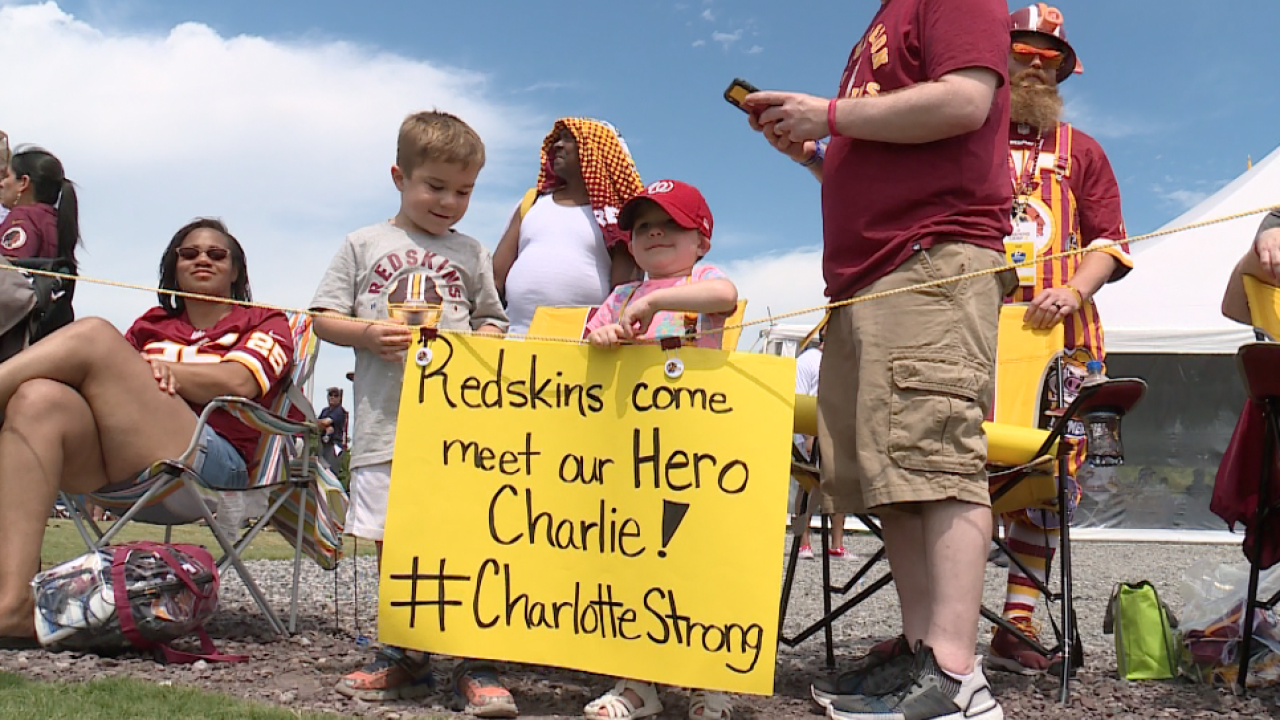 Between the smile on her face and her joyful energy, your day gets brighter when you're around her.

“It’s a lot of stress for this three-year-old to go through," said Thomas Block, Charlie's father. "As a father I am extremely amazed at how well she has handled this and how brave she’s been.”

It was Jeff Rinehart, part of the Hog Farmers, a group of diehard Redskins fans, who came up with the hashtag #CharlotteStrong.

During Saturday's training camp practice, he hooked Charlie and her family up with VIP passes.

“First day of camp I brought a football out and had a bunch of players sign, then the next day I presented it to Charlotte," Rinehart said. "What's remarkable about this, they're children going through something that's probably the most difficult thing that they'll ever have to go through in their entire life."

After a trip to the hospital, she took a picture with photo of Redskins linebacker Ryan Kerrigan. On Saturday, it was Kerrigan who was excited to get a picture with Charlie.

Charlie's dad says the prognosis is good. She's in her ninth month of treatment and going through chemotherapy.

Charlie fights her battle with a strength you can't help but admire.

Sure, football players are strong, but Charlie was the strongest person on the field Saturday.